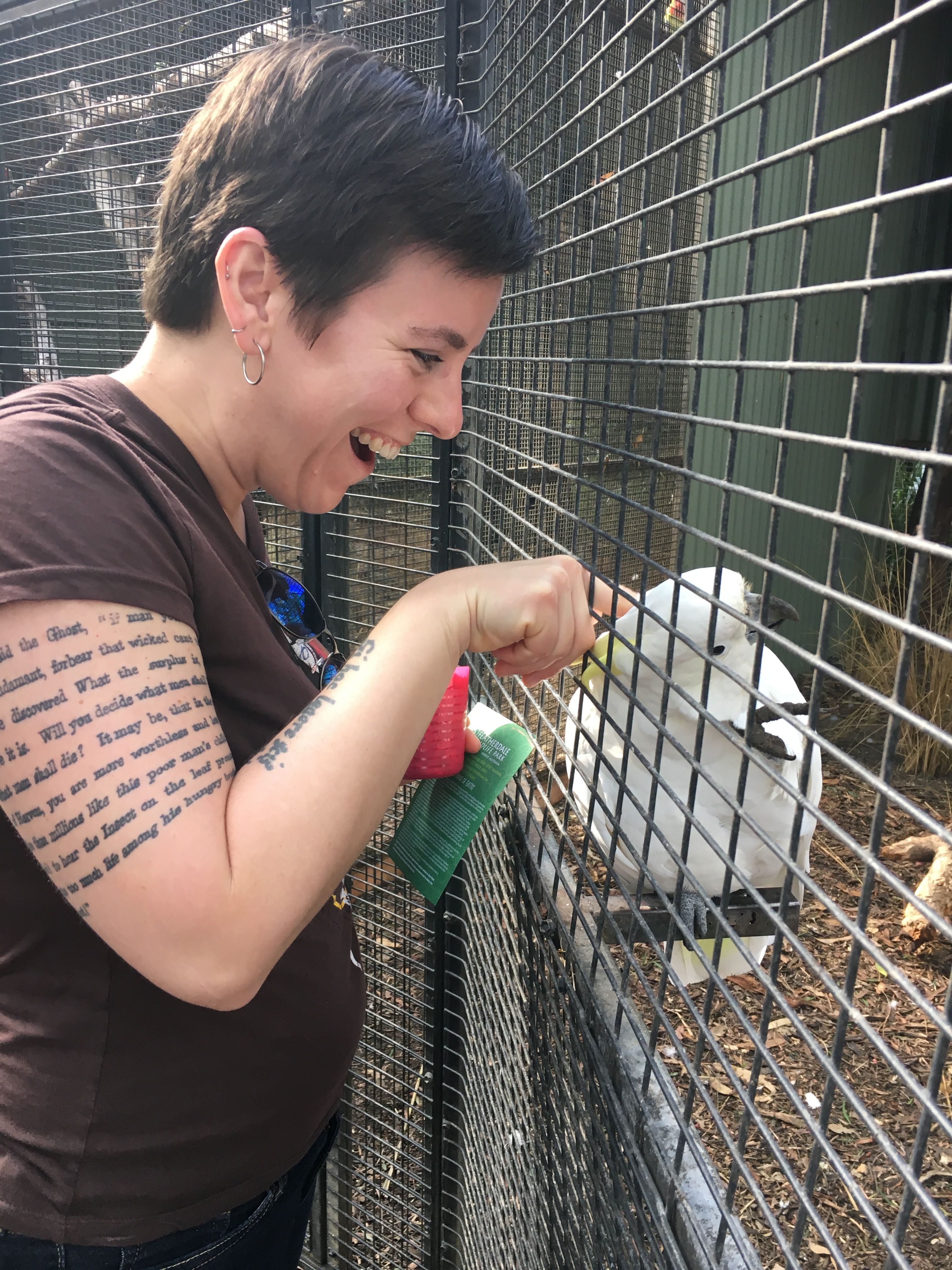 Cabinet of Curiosities: The Murmuring Takes Us on a Journey of Healing

The final episode of Guillermo del Toro's Cabinet of Curiosities , "The Murmuring," is a departure from the others. It features no monsters, no gore — just the ghosts of a child and the mother who murdered him. The real horror of the episode isn't an alien or a giant rat or any entity that can be killed; it's grief. And as she did with The Babadook , director Jennifer Kent reminds us once again that we can never defeat grief — we can only learn to live with it. "The Murmuring" takes us on a journey through the darkness and horror of grief and into the light of healing, and shows us that in order to move forward, we must accept that we've lost not only the person who has died, but also the person we used to be.

The episode begins in darkness, as ornithologists Nancy (Essie Davis) and Edgar (Andrew Lincoln) give a talk on dunlins and present a slideshow of their spectacular murmurations to fellow academics. The pair have been living in the darkness of grief since they lost their daughter Ava a year ago. Nancy hasn't cried since it happened, and refuses to talk about it with Edgar, and although there's clearly still love between them, Nancy has become detached and cold toward him. Now, the two have thrown themselves into their work and set out on a trip to a remote Canadian island to study the dunlins.

On the island, the couple stay in a large, mysterious old house which, according to the caretaker Mr. Grieves, has been unoccupied for years. Because it runs on a single generator, it's constantly dim inside, even during the day. Being in the house itself is much like the experience of grief — dark, isolating, full of unexpected horror and pain. When Nancy steps inside it, she unknowingly steps into her grief and embraces it in a way that she hasn't done since the loss of her child, and she's unprepared for what she finds there.

While staying in the house, Nancy begins to see and hear disturbing things — a baby crying, the ghost of a small boy, and a distraught woman who constantly cries out the accusation, "What have you done?" Edgar dismisses her fears, reminding her that she hasn't had a proper night's sleep in a year and that she's exhausted. And although it's tempting to read this as simply another instance of a man in a horror movie gaslighting a woman into doubting her own senses, there is reasonable evidence that the ghosts are, indeed, a hallucination.

In the opening of the episode, Nancy remarks on photos of the dunlin murmurations that appear to form objects in the sky, like the image of a bird taking flight. This is a reminder to the audience that the human mind has a tendency to see things that aren't actually there, to make sense out of nonsense. "People see what they want to see," as Mr. Grieves says.

The sound of the baby crying also seemingly has no direct connection to the house itself. It's not the ghost of the little boy who drowned — he appears to be 5 or 6, not an infant. At one point in the episode, after she has begun seeing the ghost of the child, Nancy also wakes up to find her own daughter lying next to her in the bed. This never happens again, and there's nothing to indicate that it was anything other than a hallucination, giving credence to Edgar's insinuation that Nancy's other visions are also hallucinations, creations of her exhausted, overwrought brain.

However, the ghosts, the crying baby, and the vision of her own daughter are very real to Nancy, and in the world of the episode. They are also real in the sense that they represent the weight of grief and guilt that she's been carrying since Ava's death. She believes that the previous resident, Claudette, must have felt trapped in this dark, isolated house, and she, too, feels trapped — by her own despair and her inability to move forward. Even the dunlins, which to Nancy represent freedom, become trapped by the house. They're continually drawn back to the attic rafters, and a lone dunlin flies into ground floor of the house at one point, trapping itself. While Edgar and Nancy try to free it, it flies about frantically, slamming into a window and breaking its own neck in its efforts to escape.

Fear Turns to Compassion and Healing

When she first begins seeing the ghost of the boy in the house, Nancy is afraid. She fears Claudette too, whose accusatory cries seem to threaten the boy. Later, when Claudette appears in her full form and flies at Nancy, though, she appears to be accusing Nancy herself. "What have you done?" she screams, over and over. We never learn the nature of Ava's death, but guilt is a natural part of grief, and even more so for a parent who has lost a child, even if the death was in no way the parent's fault. Claudette embodies Nancy's guilt and her need to blame herself for not only her daughter's death, but the looming end to her marriage.

Eventually, Nancy overcomes her fear of the boy, and her mother's instinct to help him takes over. Of course, it's too late to save him, but by encouraging him to come into the light, Nancy is finally able to set him free. He runs to her and disappears into a beam of sunlight, and Nancy, at last, cries for the first time since Ava's death.

After the boy has disappeared, Nancy runs to the attic and sees Claudette standing before the open rafters. Claudette repeats the phrase again, "What have you done?" but this time it's clearly directed inward. She's wracked with guilt over the loss of her son, and now, Nancy looks upon her with compassion rather than fear. Before Nancy can intervene, she leaps to her death. At this moment, Nancy has let go not just of Ava, but of the person she used to be. In order to move forward, she must accept that her grief has changed her, and that the person she was before Ava's death has also, in a sense, died.

Finally, after witnessing Claudette's suicide, Nancy runs outside into the bright light, and a huge, beautiful murmuration of dunlins surrounds her. At the beginning of the episode, Guillermo del Toro told us of the ancient belief that birds carried people's souls, beliefs, and hopes up to the gods. These birds carry away Nancy's guilt and the weight of loss that has trapped her for a year. At the end, she radios Edgar and tells him that she is at last ready to talk about Ava. Like Claudette and the boy, she has been set free.