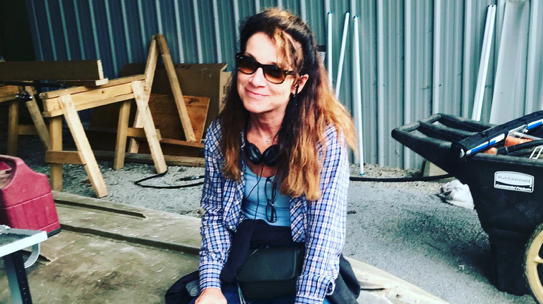 Catherine Cyran, the Daytime Emmy-nominated director of more than 20 features, died on Christmas Eve, according to multiple Facebook posts from those close to her. While a cause of death has not yet been reported, she was 59.

The Brooklyn-born Cyran was a graduate of both Harvard and Stanford Business School who also regularly worked as a writer and producer, over the course of her more than 30-year career. Her introduction to the world of filmmaking came as the writer-producer for assorted low-budget films from Roger Corman — first among them, such titles as A Cry in the Wild, Slumber Party Massacre III and Bloodfist II.

Cyran’s breakthrough as a director came in 1993 with White Wolves: A Cry in the Wild II — a family adventure pic, for which she was nominated for a Daytime Emmy, in the category of Outstanding Directing in a Children’s Special. Additional directing credits for the multi-hyphenate included the river-rafting pic Dangerous Waters; the Showtime horror Sawbones; the actioner True Heart with Kirsten Dunst; three of four installments in the Prince Me series of rom-coms; and the holiday comedy Christmas Do-Over with Jay Mohr, to name just a few. Cyran’s final film was one of many holiday-themed titles she made for TV over the years — a rom-com titled Our Italian Christmas Memories, with three-time Emmy winner Beau Bridges, which bowed on Hallmark in November.

A member of the Writers Guild of America, as well as the Academy of Television Arts Sciences and the Directors Guild of Canada, Cyran also notably penned a YA novel titled Island of the Last Great Auk, which was based on her own award-winning screenplay, The Last Story.

Memorial plans have not yet been disclosed.