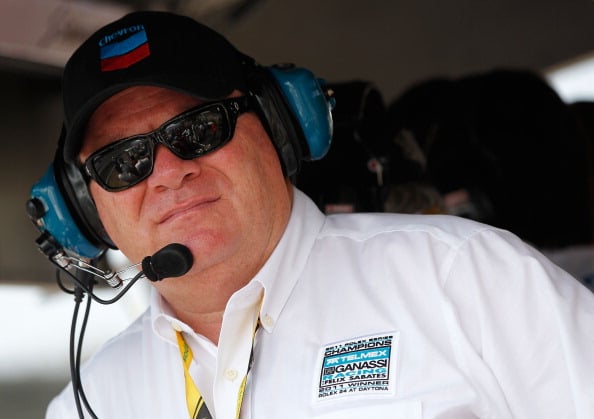 What Is Chip Ganassi's Net Worth?

Chip Ganassi is a former American racecar driver and current racing team owner who has a net worth of $100 million. He founded Chip Ganassi Racing in 1990, and he is also the organization's CEO. Ganassi is the only team owner to have won the Daytona 500, Indianapolis 500, 24 Hours of Le Mans, Rolex 24 (Daytona), Brickyard 400, and 12 Hours of Sebring, and In 2016, he was inducted into the Motorsports Hall of Fame of America. Chip has appeared in the 2001 film "Driven" and the documentaries "Born Racer" (2018) and "Become Who You Are" (2020).

Chip Ganassi was born Floyd Ganassi Jr. on May 24, 1958, in Pittsburgh, Pennsylvania. He is the son of Marie and Floyd Ganassi, Sr., who passed away in 2011 and 2013, respectively, and he has a sister named Annette. Chip attended Fox Chapel Area High School and the Bob Bondurant Driving School as a teenager, and after graduating from high school in 1978, he earned a finance degree from Duquesne University in 1982.

When Ganassi was 18 years old, he won his first auto race while driving a Formula Ford. In 1982, he began his Championship Auto Racing Teams (CART) career, and a broken camshaft prevented him from finishing his first race, but he did qualify with fastest speed at 197 miles per hour. Chip competed in the Indianapolis 500 every year from 1982 to 1986, and he finished in the top 10 in 1983's race. That year he was voted Most Improved Driver, and he was ranked #9 in the CART standings.

In 1984, Ganassi's full-time racing career ended when he was involved in a crash with Al Unser, Jr. at the Michigan International Speedway. After Chip's car hit the Armco barrier, it tumbled a few times and ended up breaking apart. Ganassi suffered "swelling of the brain, cuts and bruises and a broken bone in the right hand … [and] was unconscious for 12 to 14 hours." Chip said of the experience, "I was out of the car for six months, and it gave me a different perspective of what it meant to be in the car. I had been in the car for so long that I didn't know what it was like to be out of it." He competed in approximately 30 races after the crash.

Chip formerly served as vice president of his father's organization FRG Group, which was involved in transportation and commercial real estate. He was previously a minority owner of the Major League Baseball team the Pittsburgh Pirates. Ganassi has been a supporter of St. Jude Children's Research Hospital for years, and his teams have donated more than $500,000 to the hospital. In 2011, Chip received an Honorary Doctorate from Pittsburgh's Carnegie Mellon University. He is married to Cara Small Ganassi and they have a daughter named Tessa.