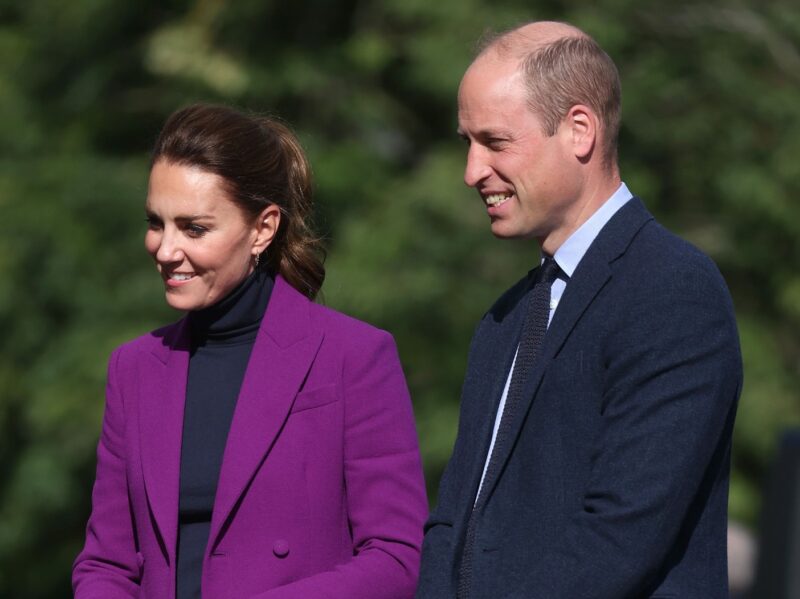 What do you think of the new portrait?

A new portrait of Prince William and Kate Middleton was recently unveiled, and it’s led to some mixed reactions from critics and fans of the royal family. Some think the painting doesn’t capture the couple’s real-life appearances, while others argue it looks just like a photo.

Art Critics Slam ‘Strangely Boring’ Portrait Of Will And Kate

“Delighted to see this new portrait unveiled at the @fitzmuseum_uk in Cambridge today!” the Duke and Duchess of Cambridge captioned a photo of the painting. They might have been delighted, but some art critics were less than pleased with the portrait.

Art critic A.N. Wilson told the Daily Mail that the painting is “dead as a dodo,” and that Middleton looks like a “strangely boring doll” in the portrait. “The real Duchess of Cambridge cheers everyone up with her radiant smile,” he explained. “However the figure in this painting is wistful, slightly petulant and actually unrecognizable as Our Kate. It has also made her body a rather weird shape inside the glossy green dress.”

He wasn’t the only critic who had an issue with the way the royal couple were dressed. Rachel Campbell-Johnston told The Times , “Here is a swagger portrait for the modern day monarchy. They can’t look too flashy. They mustn’t dress too flamboyantly. Nor, like the swashbuckling princelings in Van Dyck’s portraits of royal predecessors, can they survey their viewers with a sneer of arrogant privilege.”

“Instead they must stand obediently, in dark suit and lurid satin, stiff as the columns which, picked out from a featureless background, serve both a stylistic (they attenuate the figures) and symbolic (they are pillars of society) purpose,” she continued. “The couple pose like mannequins made to advertise a modern monarchy. But if you want to meet them in replica you would probably do better to go to Madame Tussauds.”

The critics might not be impressed by the portrait, but royal fans are loving it. “I thought it was photo!!!! Wowww,” one fan wrote on Instagram. Another commented, “Incredible portrait, the artist managed to make it glamorous at the same time accessible.”

“I love the slightly modern approach with this. I love that they are gazing to the side,” one person added. “Truly exceptional. We have been waiting for this day after the several that were done for Charles and Diana. Future King and Queen right here,” another commented.

The art critics have their complaints about William and Middleton’s new portrait, but it’s clear the royal couple’s adoring public are big fans of the painting, and are loving the modern feel of the young heirs to the throne.