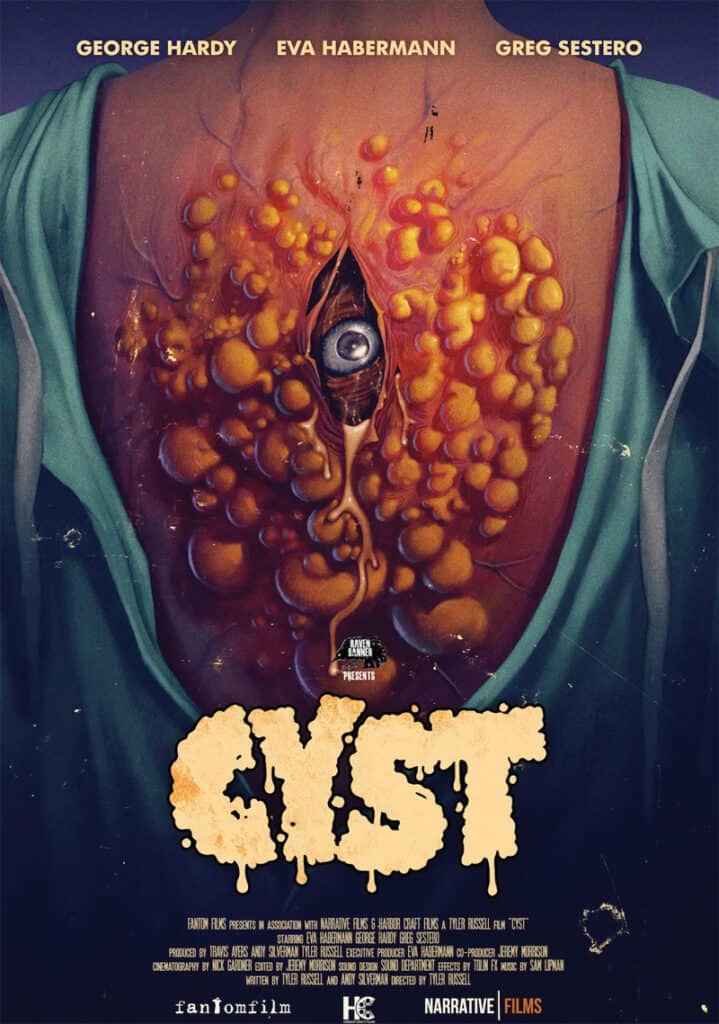 Over thirty years have passed since director Claudio Fragasso’s baffling Troll 2 was released, but the film’s cast member George Hardy is still dealing with slimy horrors in the body horror film Cyst , which is set to receive a VOD, digital, and DVD release on June 21st. (Pre-order it HERE.) With the film’s release just a few days away, we’ve gotten our hands on a trailer for Cyst, and you can check it out in the embed above.

Directed by Tyler Russell, who also wrote the script with Andy Silverman, Cyst is set the 1960s and is described as “an old school monster movie”. It shows the terrible things that happen when

an enthusiastic plastic surgeon will stop at nothing to patent his latest cyst-removal machine. What started out as Patricia the nurse’s last day turns into a battle for survival when the doctor’s machine inadvertently turns a patient’s tumor into a cyst-monster that terrorizes the office.

Cyst seems like it could be entertaining, and by casting actors from both Troll 2 and The Room the director has made it clear that he intends for his movie to provide a good time. I’ll probably be watching Cyst at some point. Will you be checking it out later this month? Share your thoughts on this one by leaving a comment below.

Here’s some promotional artwork to look at while you’re scrolling down: