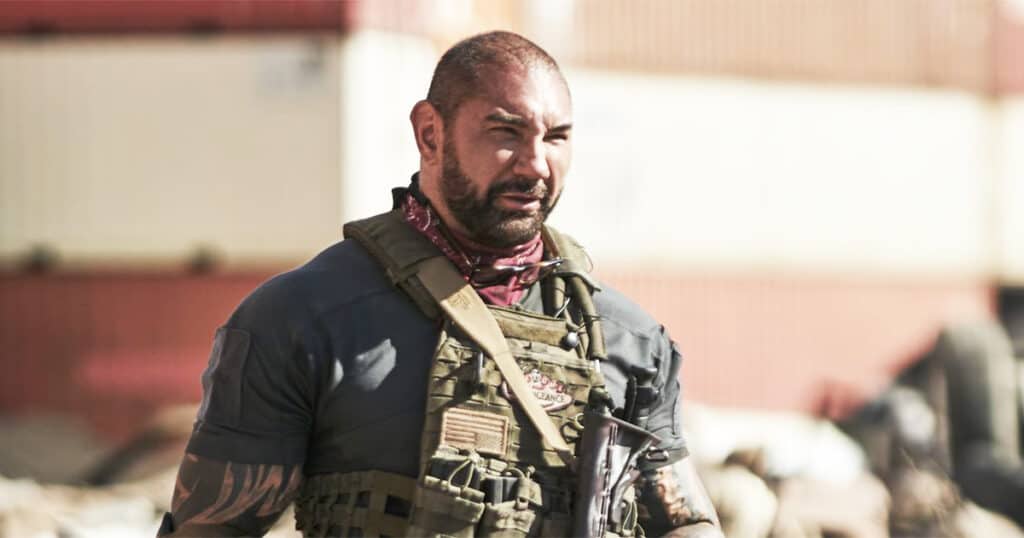 Dave Bautista is one of many getting vocal with their disgust about the Supreme Court overturning Roe v Wade. While it is commonplace for women to speak out in droves about this decision, Bautista says men need to join them in speaking out against it.

A reporter, via TMZ, approached Bautista and asked for his thoughts on the Roe v. Wade decision. The actor was first asked how people who “look like” him should be reacting to the situation and that’s when he said what he looks like is irrelevant and that he wants to see EVERY man speaking out against the Supreme Court’s decision.

“I don’t think it has anything to do with men who look like me. I think every f***ing man needs to be louder about the rights of women.”

The actor was then asked about two other performers who he used to work with in the world of wrestling, Dwayne Johnson and John Cena. Bautista says that he can’t really speak for them but he does seemingly knock them for not d speaking out more in these situations in order not to look bad.

“I can’t speak for them, but obviously, they’re not super outspoken when it comes to things that might make them look bad to certain people. (Men should be) speaking out. Get f***ing loud.”

If you follow Dave Bautista on social media have seen that he has been pretty outspoken about his beliefs. He has previously shown his support of pro-choice when he posted an image of himself in a T-shirt reading “Her Body Her Choice.” The actor didn’t get “loud” about this issue because a camera was in front of him. He’s been pretty vocal about his beliefs long before this.

Do YOU agree with Dave Bautista?