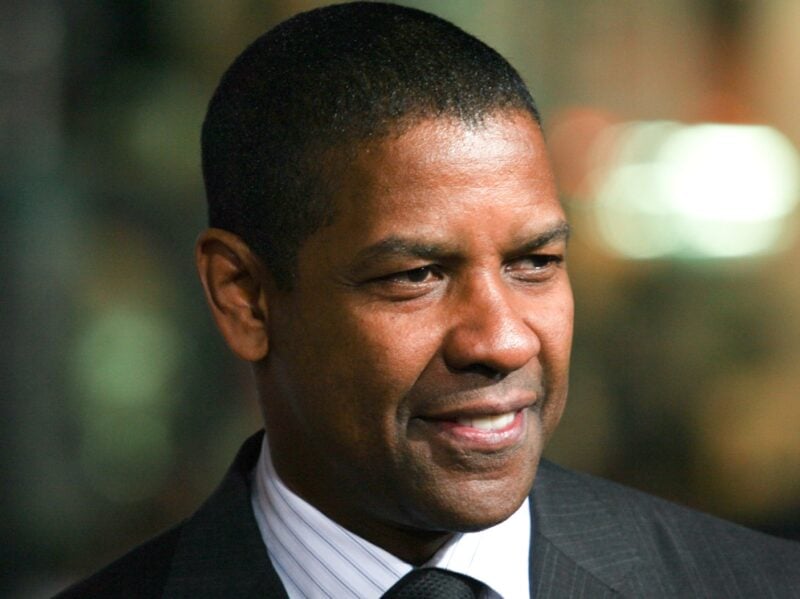 No, it wasn’t a special effect!

Denzel Washington is one of Hollywood’s most recognizable faces, with a bright smile that has appeared in tons of blockbuster movies. But did you know that the actor’s smile used to look quite different?

When audiences saw Washington in 2017’s Roman J. Israel, Esq., they assumed the gap in his two front teeth was the product of the movie’s makeup department. However, it was all natural.

Washington had a gap-toothed smile for his entire childhood, only getting it fixed after high school. For his role in the movie, the actor removed his dental caps, giving his performance an authentic feel.

It’s not the first time the actor has shown the gap in his teeth on camera. While starring in the true story Cry Freedom, Washington sported the same gap-toothed grin that his character, Steve Biko, had.

Other Stars Who Have Had Dental Work Done

Washington’s dental work most likely allowed him to get bigger and better acting roles, and he’s not the only celebrity to change their smile. Actors like Nicolas Cage, George Clooney, and Morgan Freeman have received veneers, while stars like Dakota Johnson and Ben Affleck have gotten the gaps in their teeth fixed.

The actor that takes the crown for most dental work done is Tom Cruise. He is known for his megawatt smile, but Cruise’s teeth didn’t always look that way. The actor has had clear braces, veneers, and teeth whitening procedures, all to achieve his impressive smile.

Some Celebs Who Have Embraced Their Teeth

While many celebrities choose to get dental work done to help them get roles or look better for the red carpet cameras, others have embraced their different smiles. Madonna, Michael Strahan, Anna Paquin, Eddie Murphy, Willem Defoe, and Uzo Aduba have all embraced their unique grins.

“In Nigeria, my mom explained, a gap is a sign of beauty and intelligence,” Aduba explained in an essay for Cosmopolitan about embracing her smile. “People want it. My mother desperately wished she had the gap but wasn’t born with one. She continued to lay on the guilt, explaining that my gap was ‘history in my mouth.’”

Washington’s bright smile might have helped him get his foot in the door as he launched his acting career, but it seems like his gap-toothed grin has been helpful for some of the roles he has taken on over the years.