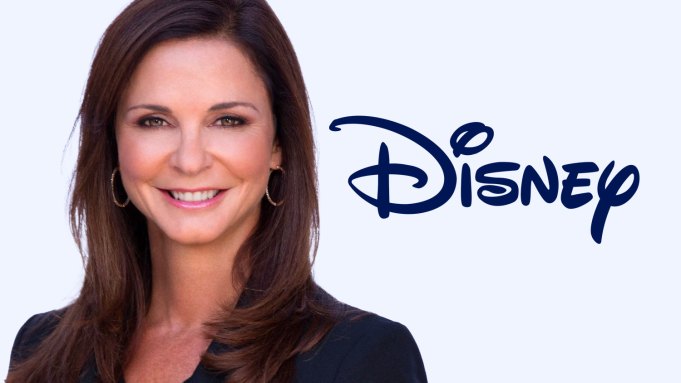 (Updated with Disney statement) The stuntman son of the man who Nissa Diederich took over from at 20th Television last year is suing the EVP and the Walt Disney Company for retaliation and scheming to put him on a career killing blacklist.

“Effective April 1, 2022, Ms. Diederich now had the power and authority to remove Jimmy from the pre-approved Stunt Coordinator List and she abused her position of power to make sure Jimmy would not work again as a Stunt Coordinator,” asserts a multi-claim complaint field in LA Superior Court yesterday. “Ms. Diederich did not have a good faith basis for directly and indirectly terminating Jimmy’s employment,” the document from former Modern Family and American Horror Story stunt coordinator Jimmy Sharp and his El Segundo-based Barrera Associates lawyers adds (read it here).

Sparing neither allegations nor anecdote, and mostly sidestepping the parental relationship, the 15-page complaint seeks a plethora of damages and “injunctive and declaratory relief” of no less than $1 million. In reply, a Disney spokesperson told Deadline that “these allegations are baseless and this lawsuit is without merit.”

Still, in case that April date from this year rings a bell in the old memory department it is because that is exactly one day after the plaintiff’s father and industry vet Jim Sharp Sr exited his gig as 20th TV head of production, EVP and long anointed Diederich officially took over the position.

In that context, there had apparently been long festering animosity between Sharp Jr and Diederich over a 2017 probe into “alleged billing irregularities and alleged favoratism (sic) in the workplace toward Jimmy as a result of his father being the head of Television Production,” as the filing succinctly says. Investigated by HR, as the then Bob Iger-run Disney moved to vacuum up the bulk of Rupert Murdoch’s Fox assets for $71.3 billion, the complaint says nothing untoward was found to be going on and Sharp Jr was informed mid-merger in November 2017 in writing by Fox’s VP Employee Relations, Anna Druker that the over-billing accusations were “not substantiated.”

Case closed, but not really – at least according to the suit put in the LASC docket on November 19

“Ms. Diederich set out on a campaign to retaliate against Jimmy,’ the complaint goes on to say. “Over time, Jimmy was permanently removed from all shows under Ms. Diederich’s control, including all shows for Ryan Murphy,” it claims, noting how Sharp Jr was known around town as “Ryan’s Guy” and the “Fox Guy,” supposedly. “Commencing in April 2022, Production Executives who worked under Ms. Diederich and who would hire Jimmy year after year, show after show, no longer would. Producers with whom Jimmy had enjoyed years long relationships, and who wanted to hire Jimmy for their shows, began to inform Jimmy that they could no longer hire him.”

Despite attempts to extend an “olive branch,” as well as “resolve any concerns on the part of Ms. Diederich,” Sharp Jr’s attorneys say their client received only silence in response. They also say that their client began to see an overall work drought as more and more shows from the likes of producer Jeff Morton and others regretfully declined to hire him. “Earlier this year, two other producers (with whom Jimmy has worked for years on multiple shows) informed Jimmy he could not work on their new show Santa Clause, although they wanted him to do so,” the suit says. “Jimmy was actually offered and accepted the job on the phone but then the production manager called Jimmy back saying he could not offer him the job.”

Though the timelines get a little shaky throughout the complaint here and there, what is constant is Sharp Jr’s insistence that his father’s corporate protégé Nissa Diederich is out to ruin him. Also of note, Sharp Jr has not requested a jury trial, so a judge will make the verdict on this matter if it actually ends up going to court – which is a very stunt coordinator approach if you think about it.