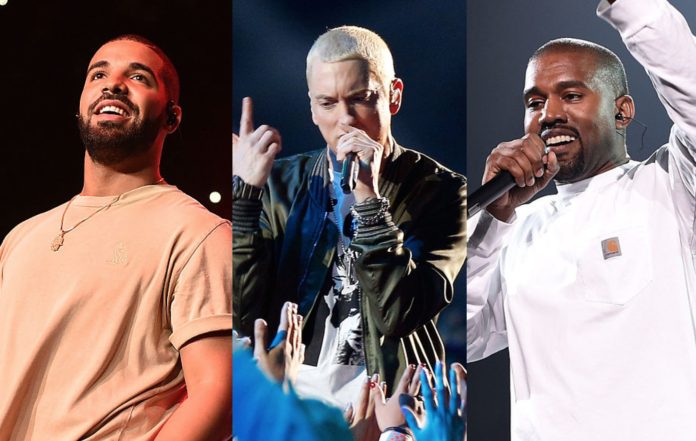 Drake has earned his 11th US Number One album with the release of his latest LP, ‘Honestly, Nevermind’.

Earlier this month, the rapper surprised fans with the release of his seventh studio album. The 14-track record arrived on streaming platforms at midnight just hours after he announced its arrival on Instagram.

Leaning more on a house infused sound, with production coming from Black Coffee and Gordo, ‘Honestly, Nevermind’ divided fans, but not enough to stop the album from topping the US Billboard chart.

Led by the track ‘Falling Down’, the rapper’s latest record earned 204,000 equivalent album units in its first week of release in the US, with 11,000 being pure album sales. It also scored 250.23million streams, making it the fourth-largest streaming week behind Bad Bunny’s ‘Un Verano Sin Ti’, Kendrick Lamar’s ‘Mr. Morale The Big Steppers’, and Future’s ‘Never Liked You’.

.@Drake becomes the fifth artist in history to earn over ten #1 albums on the Billboard 200.

Drake’s latest Number One moves him past Kanye West and Eminem to tie Bruce Springsteen and Barbara Streisand for the third-most Number Ones in Billboard 200 history, trailing only The Beatles (19) and JAY-Z (14).

‘Honestly, Nevermind’ topping the chart also gives Drake the most Number One albums on the Billboard 200 among artists debuting this century, breaking a tie with West and Taylor Swift.

.@Drake now has the most #1 albums on the Billboard 200 among artists debuting this century, breaking a tie with @taylorswift13 and @kanyewest.

Just a day after the release of ‘Honestly, Nevermind’, Drake shattered the record for first-day streams worldwide for a dance album on Apple Music.

Meanwhile, Drake has confirmed the return for his OVO Fest while making a surprise appearance at Dave’s show in Toronto last month.

He added: “I can’t wait to show the people some love – it’s been too long.”