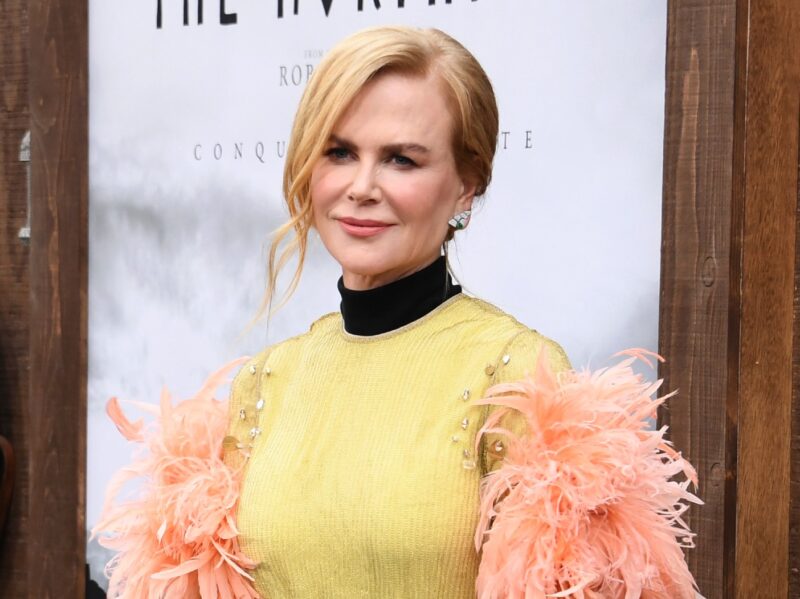 Kidman has admitted to getting Botox in the past.

As Hollywood’s famous faces get older, fans love to speculate about which actresses might have gone under the knife. The latest suspect? Nicole Kidman, who started the rumors after posting a suspicious selfie.

Why Fans Think Kidman Went Under The Knife

“Back at work with the incomparable @ThumbeLulu #Expats,” the actress captioned a snap of her director Lulu Wang. The pair are currently hard at work on the Amazon series Expats. While many saw the picture as a cute on-set moment, others were quick to accuse Kidman of getting plastic surgery.

“Nicole what did you do with your face?!?!?!!!?” one fan wrote. “You are starting to get like a monster, it’s sad cuz you were beautiful.” Another commented, “Too much work done Nicole.” Fans pointed to the fact that, in the photo, Kidman’s face appears extremely smooth and wrinkle-free.

Dr. Daria Liotta, a facial plastic surgeon, told The Post that she believes Kidman has had some work done. “There is little doubt that these photos make it look like she’s had facelift and neck lift surgery,” Dr. Liotta claimed.

“You can tell by the direction that the deeper facial structures have been pulled and lifted up…at the tail of the brow and the corner of the mouth,” she explained. “The jawline—no jowls!—and neck look tighter and much more youthful than is possible without surgery or some serious Facetune. This is classic in early facelift healing, a year and less.”

Dr. David Schafer, another plastic surgeon, has a different opinion. “When people appear different, everyone’s first curiosity is if they had plastic surgery. However, other considerations must also be made—especially with the universal use of filters on social media,” Dr. Shafer said. “What someone looks like in a static picture online can be completely different from how they look in person or in real life.”

“In the picture, Nicole has a youthful glow and smooth skin,” he continued. “This could be filters, Botox, or dermal fillers such as Juvéderm to help smooth wrinkles and replace lost volume in her cheeks. She certainly has access to the best skincare and aestheticians.”

Has Kidman Had Plastic Surgery Before?

Kidman has been fairly open about her cosmetic routines. In 2007, she told Marie Claire that she was “completely natural,” and cited sunscreen and a no-smoking rule as the reasons for her youthful glow.

In 2011, the actress revealed that she did try Botox, but stopped shortly after starting. “I didn’t like how my face looked afterwards,” Kidman shared. “Now I don’t use it anymore—I can move my forehead again.”

It’s unknown whether or not Kidman has started cosmetic procedures again; as Dr. Shafer said, filters can really change the way someone looks. Either way, it’s undeniable that Kidman still looks as beautiful as ever.