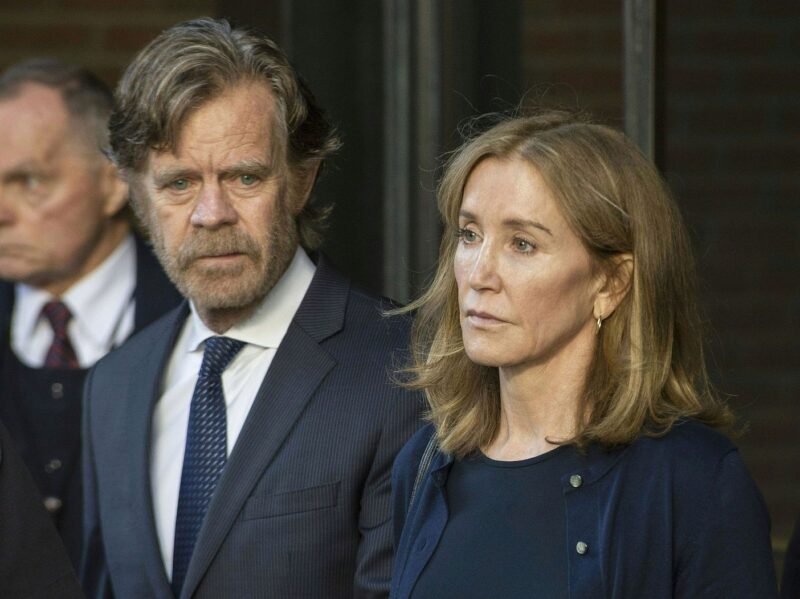 Things have apparently changed too much for Felicity Huffman.

Are Felicity Huffman and William H. Macy on the brink of divorce? One tabloid claims Huffman’s involvement in the infamous college admissions scandal took a “tragic toll” on their marriage. Here’s what we know.

Felicity Huffman ‘Fighting To Save Marriage’?

This week, the Globe claims Felicity Huffman and William H. Macy are struggling to make their marriage work following the actress’ release from prison. The outlet reminds readers that Huffman served a ten-day stint in jail for bribing her daughter’s way into a top university. But despite returning back to normal life, sources say Huffman and Macy are still working to save their marriage. “They are still feeling very scarred and burned over what they’ve been through, Felicity especially,” an insider reveals. “So, they’re planning to treat themselves to a deluxe vacation this summer, Greece, the French Riviera, Paris, and Rome.”

Apparently, Huffman is still working her way through the trauma of the past four years. “Felicity still has nightmares about the experience,” the tipster admits. “They need to put the last two years behind them and clear their heads and come back as the perfect couple Hollywood looked up to.”

Huffman And Macy ‘Battling To Stay Together’?

This tabloid knows Huffman was released from prison in 2019, right? From what we can tell, Huffman and Macy have miraculously been able to regain a sense of normalcy. That’s certainly supported by the couple’s outing back in February. In photos from the night, Huffman and Macy are strolling arm and arm, smiling wide. We’re just not seeing what’s needing saving.

But the point is, they’re out of the water. The worst part is behind them, so we don’t understand the magazine’s insistence that things are suddenly tense between Huffman and Macy. Furthermore, we have absolutely no reason to believe they’re planning some grand European vacation. If they are, then good for them, but we also wouldn’t take that as evidence that their marriage is struggling.

Nice Try, But We’ve Heard This One Before

Ever since Huffman was first named in the college admissions scandal, the tabloids have been crying “divorce.” Right after Huffman got out of prison, Woman’s Day claimed she was divorcing Macy. Then the very same tabloid reported Huffman and Macy were living “separate lives.” And finally, Star alleged Huffman and Macy were “on the brink” of divorce. But if Huffman and Macy haven’t called it quits yet, we doubt that they ever will.