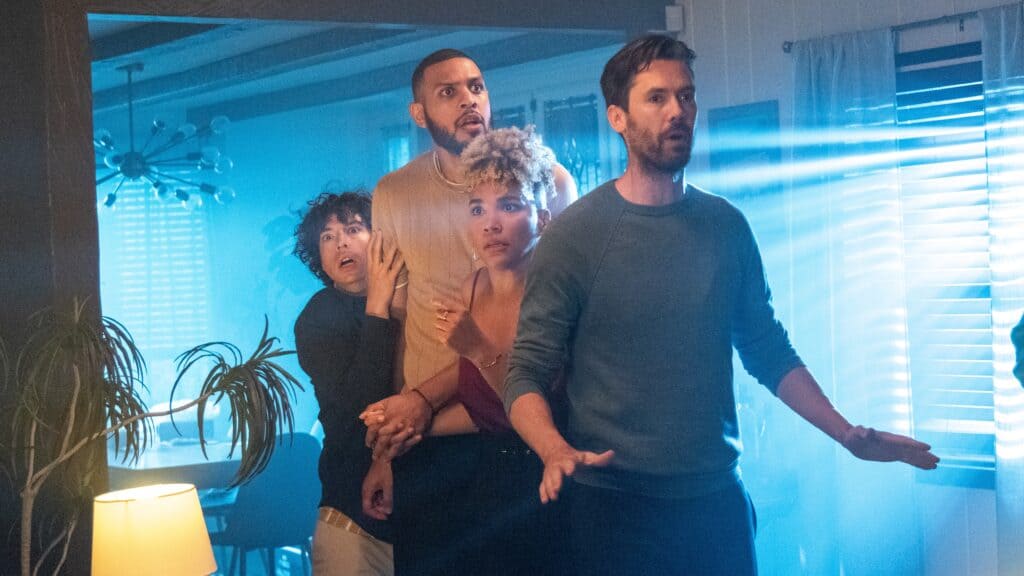 PLOT: A group of old friends reunites for a nostalgic evening of fun and games after a decade apart. After one too many, they decide to play a drinking game, but it’s quickly revealed that this game comes with supernatural stakes.

REVIEW: I was sold on Gatlopp right from the plot summary. A supernatural version of Jumanji seems so obvious that it’s surprising it hasn’t been done to death. Then there’s the very Danny Elfman-sounding title sequence that almost feels reminiscent to Beetlejuice with its tone and camerawork. There is certainly a whimsical charm to the proceedings, even if it’s not present through the whole runtime.

The story focuses around Paul, who is in the midst of a rough divorce. His friends are desperate to get him out of his funk (and return to his life) so they think a night of drunken games will do the trick. But the game they choose just happens to be one with absurd consequences. While the majority of the film takes place in a solitary house, there are moments where the film gets fantastical and really shows its personality. That’s where the movie really shines.

Star and writer Jim Mahoney does a great job of keeping the story constantly moving at a brisk pace. He previously wrote the screenplay for Klaus , which is one of the most imaginative Christmas movie in decades. If you haven’t seen it, make sure you add it to your next Christmas-viewing rotation. While the script here isn’t quite to that level, there’s a lot of fun to be had here. Mahoney also stars as Paul, and serves as a strong leading man.

Jon Bass, who has been absolutely hysterical on TBS’ Miracle Workers, plays the idiot friend to perfection. He’s easily the highlight of the film, and brings most of the laughs. Casting him as the funny friend almost feels like a cheat code. Emmy Raver-Lampman and Sarunas J. Jackson play a former couple that are now just awkward friends. The dynamics feel very tired, and each story development between them, seems to take away from their natural performances. It’s easily the least interesting subplot of the film. 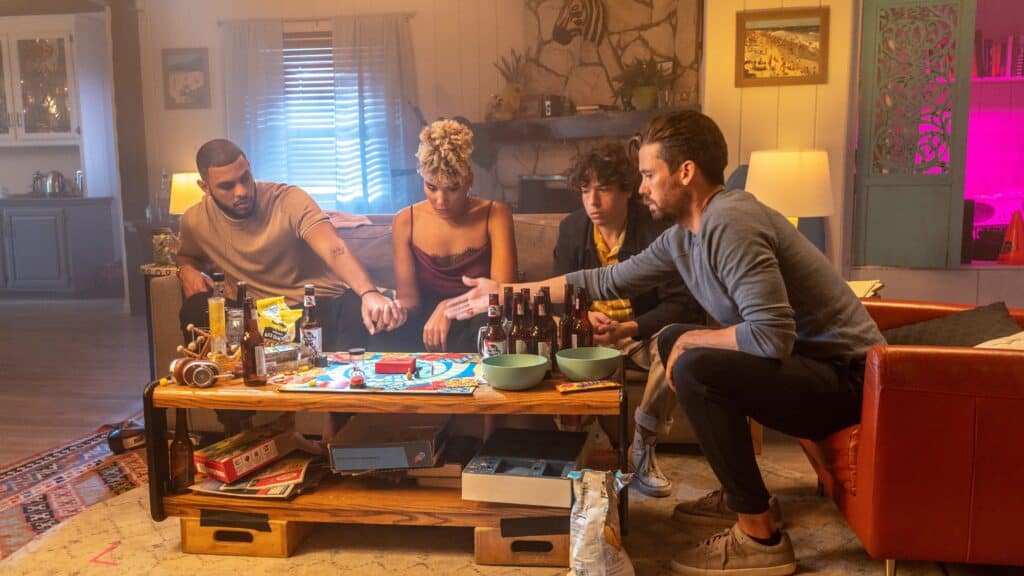 I’ve been a huge fan of Shelley Hennig since Unfriended, so it was nice to see her here. She’s had a string of roles playing conceited evil women, and here is really no different. She’s easy to dislike and seems overly aware of it, so casting her as the bitter ex-wife is perfect. But there’s a bit of fun to be had with the role in the end that takes it away from being a total stereotype.

Gatlopp starts to falter a little bit when it comes to its messaging and dramatic moments. While the comedy is consistent, the moments where it tries to make you feel something comes across as very hollow. I didn’t end up caring about any of these characters because all of the attempts at giving the characters’ backstory are presented with such unlikeable qualities. 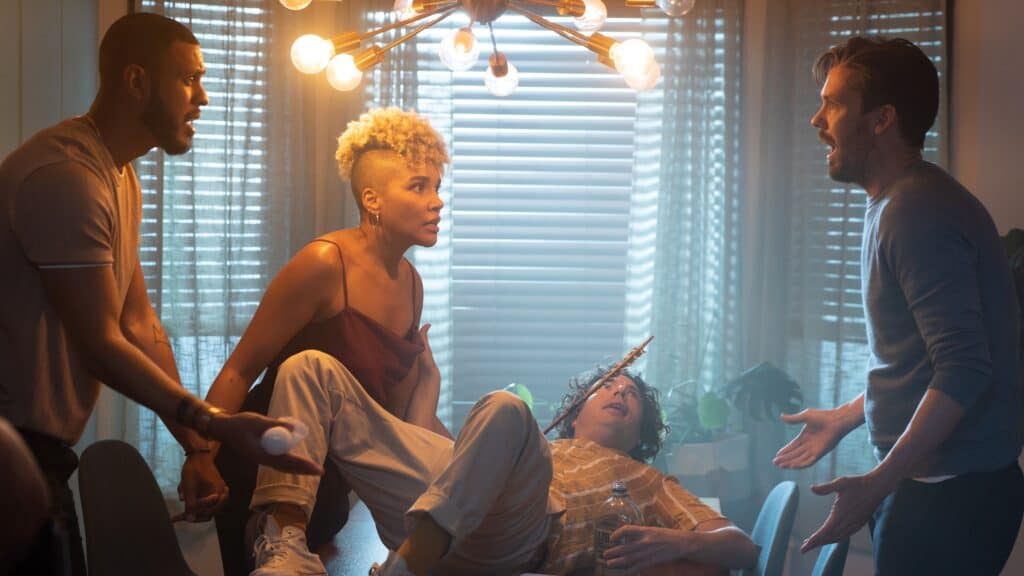 In terms of production, the movie is very competently made. While it’s very evident that this was filmed during the pandemic, that never gets in the way of its narrative. The fact that there are so few people actually benefits the story. Though it’s always tough for the average viewer when a Los Angeleno cast is just full of actors, writers, and producers. Makes the world seem very small.

With a total runtime of only 80 minutes (WITH credits), Gatlopp is an easy movie to recommend. While the dramatic moments don’t entirely work, the comedy more than makes up for it. It’s a fun time watching these old friends play this insane board game. Because while there’s a supernatural game at the center, the movie is really about the importance of friendship and how much it can help you in dark times.

Gatlopp is available June 23 – on Demand and on Digital! 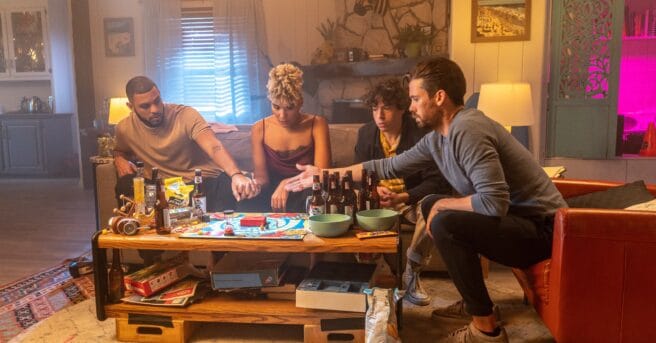