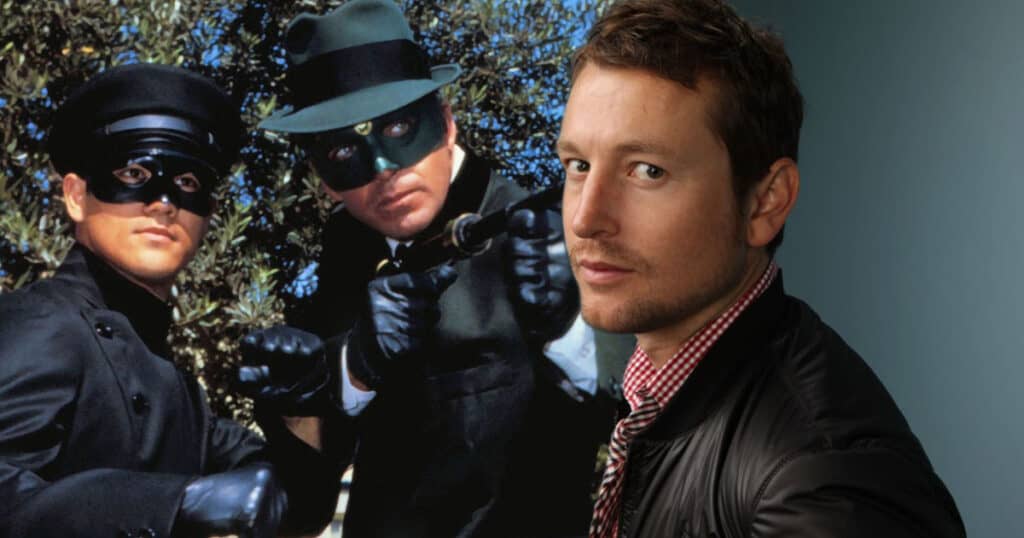 Universal might have found someone to direct its Green Hornet and Kato film based on the intrepid pulp comic duo. According to  Deadline , Invisible Man director Leigh Whannell is negotiating for the job. Executives have been meeting with directors for weeks, but as soon as Whannell’s name entered the mix, the desire to work with him again was strong. David Koepp wrote a script for the Green Hornet and Kato film project that higher-ups are pleased with and are looking to put the project on the fast track once a director is signed.

Arriving on the superhero scene before Superman, Green Hornet was one of radio’s most inspired adventure programs. In time, Universal transformed the character’s exploits into a series of 1940s movie serials. In 1966, 20th Century Fox let Green Hornet fly as a television series, with Bruce Lee starring as the justice seeker’s trusty companion, Kato. The story of The Green Hornet finds The Daily Sentinel owner/publisher Britt Reid fighting crime while looking to dismantle a vast criminal underworld. With his partner Kato, Green Hornet uses his nose for news, an assortment of sweet weapons, and a car that would make James Bond jealous, named The Black Beauty, to bring villains to their knees.

Universal managed to snag the rights to The Green Hornet from Amasia in the spring of 2020 after co-founders Michael Helfant and Bradley Gallo won control of the motion picture franchise from the family of the original creator George W. Trendle in a heated bidding war.

Previously, Seth Rogen and Evan Goldberg adapted and executive produced  The Green Hornet  for the silver screen in 2011. Rogen starred as the film’s title character, with Jay Chou (Fearless) kicking ass as Kato. A sequel was on the table after the original earned close to $228 million at the worldwide box office, though concerns about cost eventually clipped the project’s wings.

“The Green Hornet is one of the most iconic and beloved superhero tales ever created, and it has entertained generations of fans in every form of storytelling. We are thrilled to be partnering with Michael, Bradley, and the entire Amasia team to launch an exciting new cinematic world for Britt Reid, Kato, and the Black Beauty, and we can’t wait to share it with global audiences soon,” said Universal Pictures President Peter Cramer in 2020.

“Universal will be a great home for our new Green Hornet and Kato. The team at Universal share our passion enthusiasm for the property and will devote the resources to launch a truly global franchise. And, it’s very cool that Universal was the original distributor of the 1940’s movie serials. Our goal is to make a film that existing fans will love, and new fans will love to discover. With Universal, it feels like we are merging the past and the future, creating a contemporary version of the franchise that is fresh and exciting while respecting its long legacy and history. I can’t wait,” Helfant added.

Last but certainly not least, Gallo chimed in about the project by saying: “The team at Universal completely understands the creative direction we want for The Green Hornet brand. Their sensibilities and relationships with writers, directors and actors are exceptional. And, the confluence of America and Asia is so important. Who better to partner with than a company that has such a major presence on both continents? We also know that Universal will align with our ‘film geek’ sensibilities and offer up a vision which respects the iconic world of The Green Hornet.”

What do you think about Whannell potentially taking on Universal’s Green Hornet and Kato film project? Is he a great fit? Feel free to share your thoughts in the comments section below.