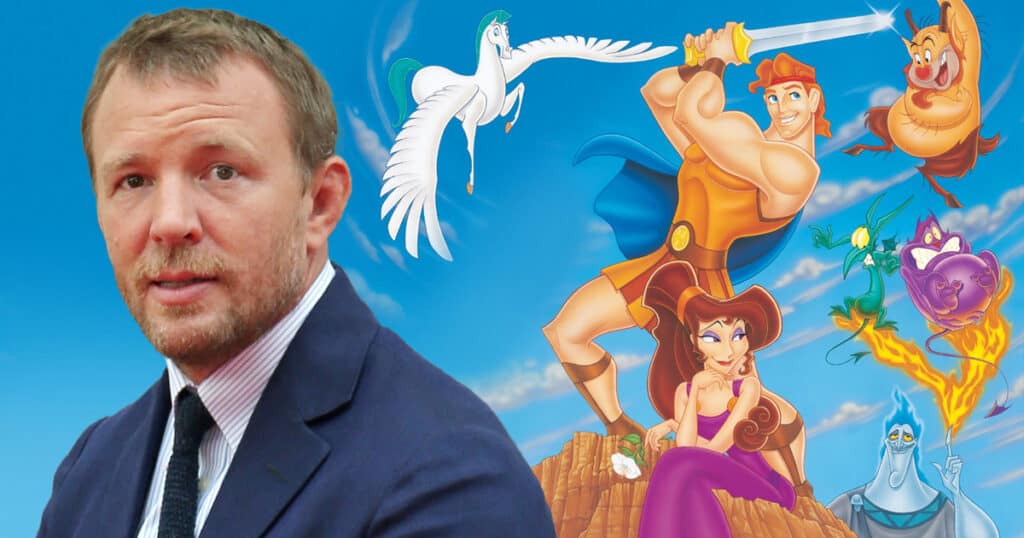 After successfully bringing Aladdin into the realm of live-action, Deadline has reported that Guy Ritchie is set to reunite with Disney for the live-action Hercules movie.

Guy Ritchie’s Aladdin starred Will Smith, Mena Massoud, and Naomi Scott. Despite the mixed reviews, the live-action adaptation went on to gross more than $1 billion worldwide and a sequel is in development. Disney is currently hiring writers to take a stab at the script for Hercules after the first draft was penned by Dave Callaham (Shang-Chi and the Legend of the Ten Rings).

Avengers: Endgame director Joe and Anthony Russo will produce Hercules through their AGBO banner as the two are huge fans of the original movie. “Both us and our kids are Hercules fanatics,” said Anthony. “And we had heard that Disney was interested in revisiting it and we’re in love with the original. And we made a case as to why we felt we would be right to produce that film and here we are.” Anthony also added that the Hercules movie won’t be a shot-for-shot remake of the original.

Well, I think you always have to bring something new to the table because from our perspective as storytellers, it’s not compelling for us to do a literal translation. We’ve already done that with our Marvel films. We don’t do literal translations of the comics because we feel like if you want that story you can go read that story. We’re going to give you a different story. I think we’ll do something that’s in the vein of the original and inspired by it, but we also bring some new elements to the table.

The original film featured the voices of Tate Donovan, Danny DeVito, Susan Egan, and James Woods as Hades, the lord of the underworld. Here’s the synopsis of the original film: “Disney tackles Greek mythology in this animated feature. Hercules (Donovan), a son of gods, was snatched as a baby by Hades (Woods) and forced to live among mortals as a half-man, half-god. Now a teenager, Hercules needs to perform a rite of passage on Earth to prove himself worthy of living with the gods on Mount Olympus. With his plucky satyr sidekick, Philoctetes (DeVito), along for the ride, Hercules must learn how to use his strength to defeat a series of evil creatures.” Before Guy Ritchie tackles the Hercules movie, he’s got several other projects on his slate. He recently shot an action-thriller with Jake Gyllenhaal and his action-comedy Operation Fortune: Ruse de Guerre is awaiting a new release date after it was delayed earlier this year.