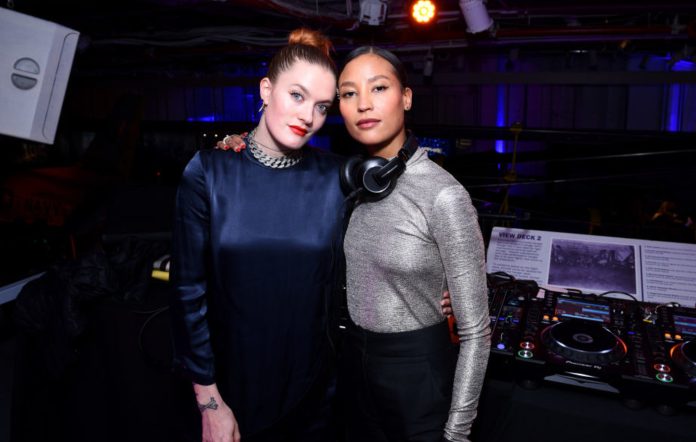 Icona Pop and Ultra Naté have joined forces to revamp the latter’s classic dance anthem ‘Free’ for the song’s 25th anniversary – listen to ‘You’re Free’ below.

Released on March 31, 1997, the house-influenced club staple has been given a makeover by Aino Jawo and Caroline Hjelt, who used to play the original cut in their DJ sets before forming Icona Pop.

“It is the ultimate expression of what we want Icona Pop to represent; freedom to be whoever you want to be, live life to the fullest, and have fun,” Icona Pop said in a statement (via Rolling Stone ).

“At first it was intimidating when we started to play around with the idea of making a new version, but it felt natural and really came together when Ultra Naté said she wanted to collaborate on our version. We are beyond honoured.”

Referring to Ulta Naté as a “legend”, the duo added: “We hope that we have done it justice.”

Listen to ‘You’re Free’ below:

Ultra Naté shared her excitement about working with the Swedish duo on the reworking of her song, explaining that she “immediately felt good” with Icona Pop’s approach to the club classic. “It all feels like a big party with a lot of in-your-face attitude, and I’m here for all of that!” she said.

“‘You’re Free’ really is the kind of interpretation I had hoped for: to introduce the song to the next generation of clubbers in a way that is not framed as nostalgia, but as very now. It’s so important to find a way to bridge the gap when working with such a highly identifiable, classic record. And believe me, many have tried over the years!”

The new track arrives a few weeks dropped a 10th anniversary remix of their massive 2012 Charli XCX collaboration ‘I Love It’.

“It’s always hard to beat that first vision you have for a song, but we wanted to take a fresh look at it together with some of our favourite new producers and bring it closer to the experience of Icona Pop live in 2022,” the duo said.