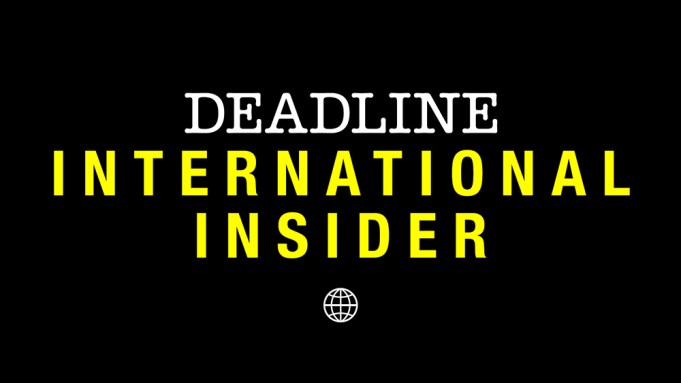 Good afternoon, Insiders. Jesse Whittock back again this week, taking you through the week’s top headlines, with reports from LA, Greece and the Qatar World Cup. Here we go.

World Cup worries: The world’s largest sports tournament, the FIFA World Cup, starts on November 20 and there is no shortage of controversy. Host country Qatar has a poor human rights record, something that is in the spotlight now more than ever. Max and I have spent the past few weeks investigating how broadcasters, sponsors and pundits will the event given Qatar’s disappointing record on LGBTQ+ and women’s rights and the shocking treatment of migrant workers. Who is boycotting, who is speaking out and what campaigns are running? Obviously, TV companies have to run their coverage – the tournament itself will supplant the regular European soccer seasons during November and December — but to what extent should they call out wrongdoing? The World Cup is expected to be the one of the most watched sports event of all time, so it’s a moral maze for us all. For the bigger picture, read on.

AFM — All Quiet On The Western Coast

Back but no big bang: In contrast to the hustle and bustle of Cannes back in May, the first in-person American Film Market in three years last week was a sedate affair, Andreas reported this week. Notable projects launched, including Guy Ritchie’s WWII pic The Ministry Of Ungentlemanly Warfare, and A24 impressed with a slate including Zac Efron wrestling pic Iron Claw and Kristen Stewart crime-thriller Love Lies Bleeding, but few big-ticket theatrical features were on show and no major deals announced. As Andreas noted, most film markets create at least one major studio or streamer deal these days, but that didn’t happen at AFM. Santa Monica was even bereft to the usual parties, so the rumor mill will have churned out fewer lumps of gossip than us journalists are used to hearing at industry cocktail receptions. There are any number of reasons: International buyers still traveling less, the ailing global economy and currency issues among them. Some claim AFM is ailing too, but one U.S. seller made a sentiment I often hear about TV markets like Mipcom: “Until someone comes up with a better plan, AFM remains an important and very useful exercise for us.” The California sunshine doesn’t hurt either. Read the full report here.

Greece Is The Word

Agog about Agora:  Over to the intrepid Zac Ntim, reporting from Greece:  The Thessaloniki Film Festival is Greece’s premiere film event, but on Thursday, the festival’s Agora industry sidebar debuted a new section dedicated to international series with a collection of masterclasses and discussions featuring local and international producers. The series sidebar was created to harness the current energy surrounding series production in Greece following recent successes like Christoforos Papakaliatis’s Maestro, which has become the first Greek show to be picked up by Netflix. The show will air in Greece and Cyprus on December 19 on Netflix before a worldwide release in 2023. Agora also hosted a masterclass dedicated to the art of acting featuring a rare public speaking appearance from leading French agent Laurent Grégoire, who discussed his career, which was an inspiration for the popular series Call My Agent. You can read the full masterclass recap here. Thessaloniki runs until Sunday (November 13).

Meta sacrifices staff: Even the biggest social media firms can’t avoid the digital downturn of 2022 and Facebook parent Meta announced its largest ever (well, actually, first ever) large-scale redundancies this week. An eye-watering 11,000 staff are being let go. Add that to around 4,000 Twitter workers that Elon Musk is letting go and you’ve got a very swollen tech labor market all of a sudden. Not the most festive news as we head towards the holiday season. The face of Facebook, Mark Zuckerberg, wrote an extensive note to staff, lamenting how his own business mistakes, the state of the wider economy and increased competition led to much reduced revenues. “I view layoffs as a last resort,” Zuckerberg wrote in his note – not that it will be much comfort to those now looking for new work. Cuts impact both the U.S. mothership and international offices, so much more to come. Read my report here.

A Blue day for Twitter users: New ‘Chief Twit’ Elon Musk’s plan to charge users for their much-valued Blue-Checks — effectively allowing anyone with $8 a month to spare to become verified — began to predictable chaos this week. Many were already migrating over to emerging social site Mastodon (Masto-what, you ask? Find out more here), but ultra-free speech proponent Musk is convinced this is one way the platform can use to make much needed money. Of course, worries that people will sign up under false names and impersonate public figures came true: ‘verified’ accounts for Former U.S. President George Bush and ex-British Prime Minister Tony Blair had both claimed they “miss killing Iraqis,” while ‘LeBron James’ was requesting a trade away from the Lakers within hours of the system going online. Musk is taking a longer-term view, tweeting: “Please note that Twitter will do lots of dumb things in coming months. We will keep what works and change what doesn’t.” Read Jill Goldsmith’s report on the latest happenings over in Twitterland here.

Can everyone stop buying everything: On Wednesday, everyone in international television decided to buy someone else. The morning began with the breaking news Banijay was taking a majority stake in Our Boys co-producer MoviePlus Productions, one of Israel’s most prominent indie firms. Hours later, Fremantle then got in on the action, revealing it had acquired 72 Films, the production company behind hit docs such as 9/11: One Day in America, The Elon Musk Show and Jimmy Savile: A British Horror Story. Just as I thought I’d have a chance to grab a coffee, BBC Studios then unveiled its purchase of another UK-based unscripted company, Voltage TV. Didn’t anyone tell these folk it isn’t Black Friday for another two weeks? On a more serious note, MA specialists have been predicting a mini-consolidation boom for a good while now and we’re starting to see that come to fruition.

🌶️ Another One: Theater director John Tiffany to adapt Nicole Taylor’s Wild Rose as a stage musical, as per Baz’s story

🌶️ And this One: Five rising Canadian talents have boarded queer, indie music feature We Forgot to Break Up, as Mel first reported.

📈 Ratings: The Crown season 5 debuted on Netflix and episode 1 took 1.1 million viewers on its first day.

📋 In development:  The Tourist co-producer Highview Productions is taking Pip Williams The Dictionary of Lost Words to TV.