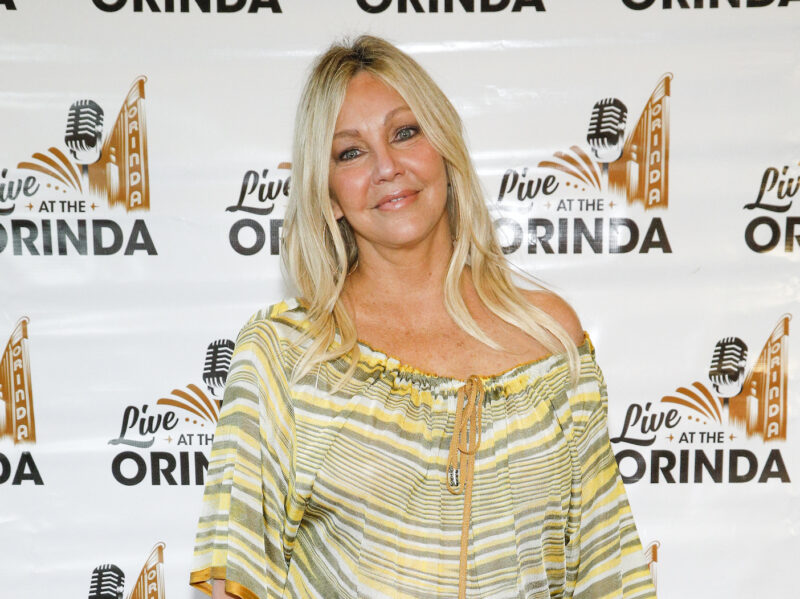 Rumors claim that Locklear is near unrecognizable.

Is Heather Locklear addicted to plastic surgery? One tabloid claims the Dynasty star isn’t looking like herself these days. Let’s take a closer glance at the actress’ new look.

This week’s edition of the National Enquirer reports a recent sighting of Heather Locklear has sparked fears for the actress’ health. The article notes that Locklear may have overcome her addiction to pills and alcohol, but sources say her new addiction is to cosmetic fillers. “Her friends tell her she looks great without the fillers and Botox and lip injections, but she won’t listen,” an insider confides.

The outlet also consults a plastic surgeon who hasn’t treated Locklear. According to the expert, the actress looks like she’s had multiple filler injections. “Everyone thinks it’s great she’s laying off booze and pills,” the tipster muses. “Now they wish she’d nix the fillers because she’s starting to look really scary.”

This report is totally out of line. First of all, the only person with any kind of authority to speak on these matters is Heather Locklear herself. These anonymous “friends” of Locklear just don’t pass the smell test. Besides, we busted this tabloid for running the exact same narrative about Locklear back in September, so we definitely aren’t buying its latest version. And judging how Locklear looked on a recent outing with her fiance , there’s no need to worry about her health.

And while we have no idea whether or not Locklear still gets filler injections, that shouldn’t matter. What counts is how she feels, and, according to Locklear, she’s doing better than ever. As Locklear celebrated her 60th birthday last fall, she told People that aging doesn’t bother her anymore. “I’ve always loved getting older because it means I’m alive,” she declared. “I’m so grateful. I don’t really give a hoot. I don’t give a hoot about how I look. My parents still love me. My daughter loves me.”

Heather Locklear is far from the only celebrity to get this treatment from the National Enquirer. Last year, the outlet reported Leah Remini was unrecognizable after undergoing a “ton of cosmetic enhancements.” Then the magazine claimed Denzel Washington’s face was falling apart after a bad round of plastic surgery. And most recently, the publication alleged Courteney Cox was looking like a zombie because of her extensive cosmetic treatments. Obviously, the Enquirer’s only goal with these stories is to insult its subjects’ appearances.