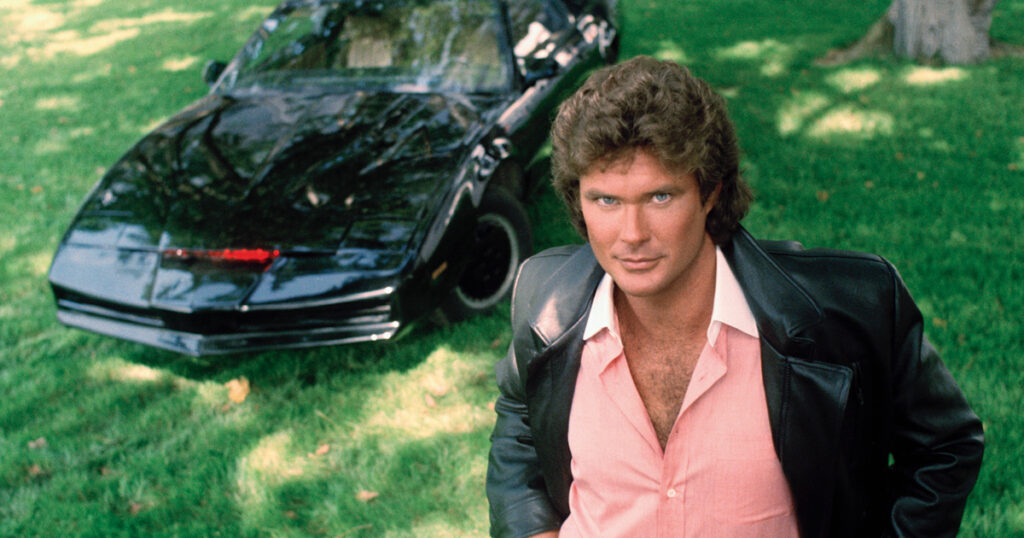 Revivals of popular TV shows still prove to be all the rage and James Gunn wants to jump aboard the train. The Suicide Squad director took to Twitter to say that he would like to develop a revival of the most popular talking car TV series of all time, and no, it’s not My Mother The Car but Knight Rider.

The classic series starred David Hasselhoff as Michael Knight, a former detective given a new identity by a tech billionaire to help fight crime. Aiding him in that pursuit was KITT, an artificially intelligent and nearly indestructible car. When asked by a fan which classic ’80s series he’d like to bring back, James Gunn revealed that he’s actually spoken about a Knight Rider revival with David Hasselhoff many times.

Although the desire is there to develop some form of Knight Rider revival, it just doesn’t sound like James Gunn has enough time to add it to his ever-growing slate. In response, David Hasselhoff said, “Cést la vie my friend!” James Gunn and Hasselhoff worked together on Guardians of the Galaxy Vol. 2, and the actor was also featured in the Guardians Inferno music video. Knight Rider spawned several TV movies and spin-off series over the years, but the original series still reigns supreme.

James Gunn’s next project is Peacemaker, a spinoff series revolving around John Cena’s character from The Suicide Squad. In addition to Cena, the series also features Danielle Brooks (Orange Is the New Black) as Adebayo, Freddie Stroma (Bridgerton) as Vigilante, Jennifer Holland (The Suicide Squad) as Harcourt, Steve Agee (The Suicide Squad) as Economos, Chukwudi Iwuji (John Wick: Chapter 2) as Murn, and Robert Patrick (Terminator 2: Judgment Day) as Auggie Smith. Peacemaker will debut on HBO Max on January 13th, but you can check out a review from our own Alex Maidy right here.