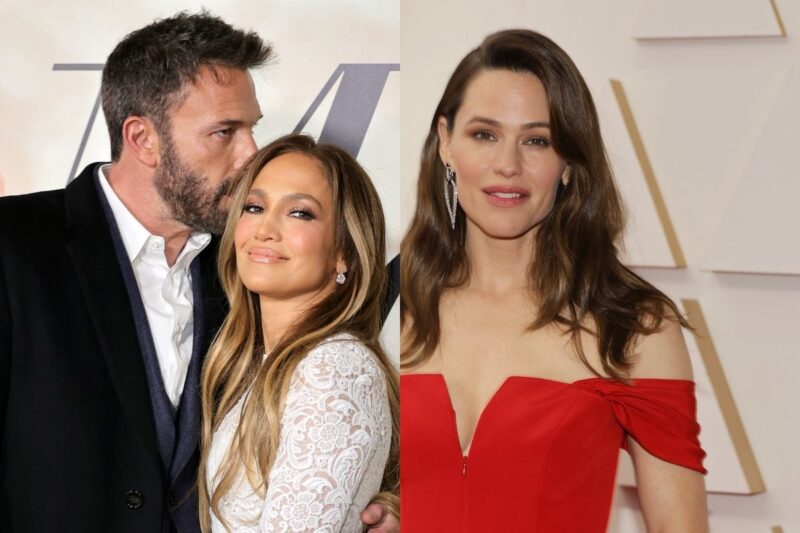 Jennifer Garner was reportedly “blindsided” by the engagement.

According to Life Style, Jennifer Garner is not celebrating her ex-husband’s engagement. An insider says Garner “isn’t J. Lo’s biggest fan… she was blindsided by the proposal news.” Garner apparently doesn’t think Lopez is good for Affleck because she’ll spend all his money. “She’s even asked him to get a prenup to protect his assets in the event things don’t work out so that J. Lo at least can’t bleed him dry then. It’s for the sake of their children,” a source reveals.

It looks like Lopez wants an extremely expensive wedding. A source says that the singer “wants a huge, extravagant wedding—with gold-plated invites, fireworks, a Michelin-star chef, and more.” She also wants her kids in the wedding, but Garner won’t allow it, the snitch says. “She isn’t jumping a the chance to attend herself, either. Jen wouldn’t even feel comfortable being in the same room as J. Lo” the source concludes, noting that the date is tentatively set for the summer.

Seriously? Gold-plated invitations? Jennifer Lopez has had a few weddings before and she did not do this. This tabloid is painting Lopez as a money-sucking leech on Affleck’s life, which is truly bizarre. She’s a hustler herself with a net worth that reportedly dwarfs his. Jennifer Garner’s a millionaire in her own right as well, so she doesn’t really need to worry about her kid’s financial future over her ex-husband’s divorce.

E!, a far more reputable outlet than the tabloid in question, spoke to a source close to Garner about her feelings regarding the engagement. “Ben told Jen and the kids, so they knew about it…Jen is happy for Ben…and knows that J. Lo has been a positive influence in certain ways.” The blended family went trick or treating last year as well, so there’s no sign Lopez and Garner have any beef whatsoever.

Every single wedding detail in this story is made up of garbage. Lopez and Affleck are determined to keep the details private to avoid this exact kind of press coverage. After what happened in 2003, who could blame them?

A few weeks ago, this very tabloid announced Garner was arguing with Affleck for buying a house. It was more bashing of Lopez for having expensive taste, even though she’s good for it. She was also supposedly disgusted by Affleck in January over some strange comments he made to Howard Stern. Affleck apologized publicly for the misunderstanding, and the world moved on.

Lest we forget Life Style once claimed Affleck was starving himself for Ana de Armas. He did not do that. Garner is cool with Lopez, so this story is false.