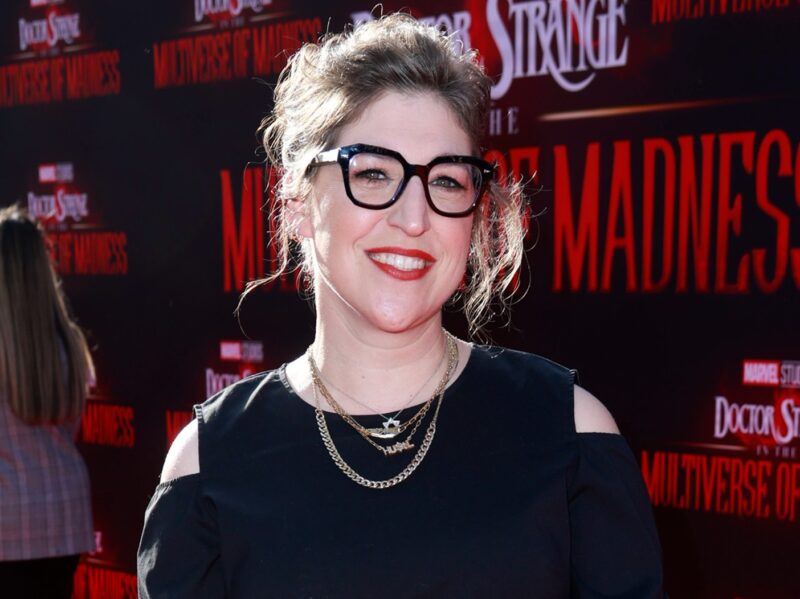 ‘Jeopardy!’ Fans Are Upset At Mayim Bialik Again For Laughing At Incorrect Response

Do you think the laugh was in poor taste or purely innocent?

Jeopardy! fans just can’t seem to give Mayim Bialik a break. The game show host recently got slammed by viewers of the show for laughing at a contestant’s answer, with fans calling her “horrible” and “annoying.”

The reason for all the internet ire? On a recent episode of Jeopardy!, the contestants were shown a video of popular band Panic! At The Disco performing one of their hit songs. When asked to identify the band in the video clip, contestant Daniel Nguyen responded, “Who are the Jonas Brothers?”

Bialik laughed along with the studio audience before informing Nguyen that he was incorrect. While the host’s reaction seems pretty natural, fans took to social media to express their anger at Bialik’s laughter.

“Why did they just laugh at this man’s incorrect answer on Jeopardy?” one person wrote. Another tweeted, “It can’t just be me…is Jeopardy hosted by Mayim Bialik unwatchable??” While many criticized Bialik for her attitude, others saw the humor in Nguyen’s answer.

Shoutout to Daniel on jeopardy who made the bold guess that panic! at the disco was the Jonas brothers

Nguyen has made other musical mix-ups while appearing on the gameshow. Fans slammed the contestant for referring to rapper 50 Cent as “50 Cents,” calling Nguyen’s mistake “offensive” and “disrespectful.”

Even though this seems like a fairly small slip-up for the game show host, this is far from the first time Bialik has been blasted by fans for the tiniest details of her behavior. “As a lifelong Jeopardy fan im so unhappy with Mayim Bialik as a host,” one person tweeted. “She always seems to be acting. She doesn’t seem to show one whit of care for the contestants.”

Can someone please hire Mayim Bialik so she doesn’t have time to host #Jeopardy anymore? I can’t take it!!!!!!

Another wrote, “Can someone please hire Mayim Bialik so she doesn’t have time to host #Jeopardy anymore? I can’t take it!!!!!!” Most fans are pushing for Ken Jennings, Jeopardy!’s other host, to take the permanent position.

Jennings is currently taking a long hiatus from hosting the show, and viewers hope he’ll be back soon. There is no word yet on which one of the two will get the permanent hosting gig, or if the Jeopardy! showrunners will pick someone new, but fans have their fingers crossed for Jennings.