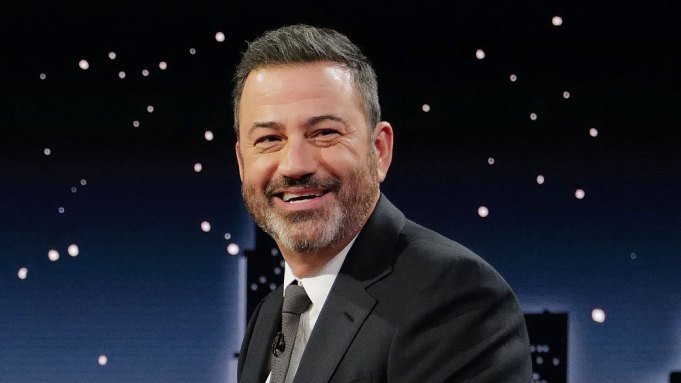 Jimmy Kimmel is set to host the 95th Academy Awards in 2023 and he’s teasing the topics that he will have to address while helming the show.

One issue that seems inevitable to ignore is the infamous slap from last year’s show where Will Smith walked up on-stage to smack Chris Rock after a joke at his wife Jada Pinkett Smith’s expense.

“It’s got to come up in some way,” he told Extra in an interview. “You know, I don’t want to really make light of it necessarily, because it wasn’t [light] to comedians. You know, comedians are mad about it… It’s like, it’s one of those things that for a group of people that find everything funny, it’s, like, not funny, you know? But of course… when they read the wrong winner one year when I hosted the Oscars, we had to make mention of that the next year.”

Kimmel also promised that he will not be hosting lying down and will be standing for the show. This was a callback to the Emmys bit he did with co-presenter Will Arnett where Kimmel was dragged on stage and remained on the floor even as Quinta Brunson was accepting her award. Kimmel drew a lot of backlash over that stunt but it appears he may have grown from that experience.

Kimmel is hosting the Oscars for the third time with the gala scheduled to take place on Sunday, March 12.