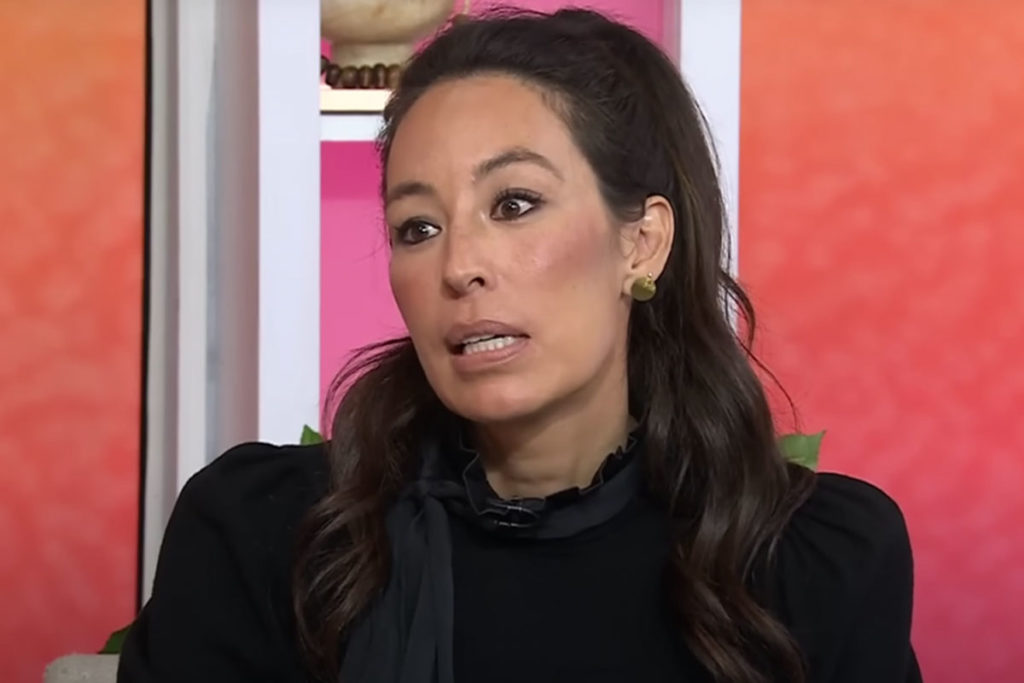 We guess  Joanna Gaines is going to spend her holiday season in the hospital?!

The Magnolia Network star took to Instagram late Wednesday evening to inform fans about a decades-old back injury. Alongside a pic of her on bed rest in a hospital gown, sunglasses, and with peace sign raised in the air, the mother of five revealed in her caption:

“I hurt my back in high school from cheerleading — basically a basket toss turned back injury and I’ve been dealing with it ever since.  I had my first microdisectomy [sic] in 2001 and had to cancel my second date with Chip Carter Gaines and then had the same procedure on another disc two weeks ago.”

For those who don’t know, a microdiscectomy is “a surgical procedure for the relief of pain and other symptoms that occur when a herniated disc in the spine presses on an adjacent nerve root. During the operation, the surgeon frees the nerve by removing small fragments of disc, bone and ligament,” according to the Hospital for Special Surgery. Scary! She continued:

“I’ve always joked that my back likes to act up at the most inconvenient times and I was a bit stressed bc of the timing of it all with the holiday season. But I’m truly grateful for the forced rest during the busiest time of the year. It has been a gift to simply stay put, stare at the wonder all around, and just be still.”

Sounds about right. Life rarely goes how we map it out — we’re just happy she’s finding a bright side! The 44-year-old concluded her post by addressing fans directly:

“Wishing you and yours a beautiful Christmas week. It may not all go as planned — but may you find the beauty and embrace the wonder of the here and now.”

We love her positivity! The upload also included a photo of her cuddled up with one of the kiddos next to her fireplace and a third shot of her relaxing in a festive living area — the same room showcased in the prior shot. The Fixer Upper star shares sons Drake, 17, Duke, 14, and Crew, 4, and daughters Ella Rose, 16, and Emmie Kay, 12 with husband of nearly 20 years, Chip.

We’re wishing her a speedy recovery and the entire Gaines family a very happy holiday season! Share your support in the comments (below)!