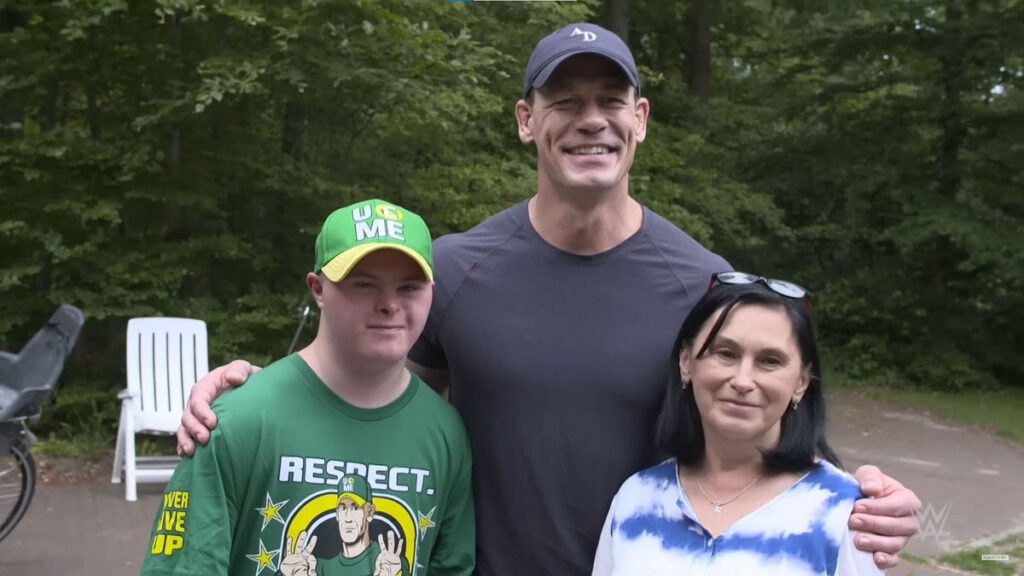 In 2019, I reported on John Cena being the celebrity who has granted the most Make-A-Wish wishes. According to Wiki, that is still true. John even kept up wish granting during the pandemic, in the safest way possible. So it’s second nature for John to make wishes come true when he can. Such was the case when he heard the story of Misha Rohozyn. Misha is a 19-year-old Ukrainian refugee. Misha has Down’s Syndrome and is non-verbal. When he and his family had to flee Mariupol after their home was destroyed, Misha didn’t understand the situation. To encourage Misha to leave with as little trauma as possible, his mom made up a story that they were going to meet Misha’s hero: John Cena. I understand this, I’ve stretched the truth in the interest of my kids’ safety and they’ve never been in that kind of danger. I’m sure Misha’s mom did whatever she had to and was willing to deal with the repercussions once they were safe. Only John heard about the story and made the fib a reality. John flew to the family’s new home in Amsterdam to spend the afternoon with Misha.

The WWE legend was moved when he heard the story of Misha Rohozyn, who has Down’s Syndrome and is non-verbal, and his mother, who had told her son they were going to find the ‘Blockers’ actor when they had to leave their home in Mariupol following the invasion in Russia, so used his time off during a working trip to Europe to pay the 19 year old a visit in his new home just outside of Amsterdam.

In an emotional video shared by the WWE on YouTube, John said: “When I read about Misha’s story, it reached out to me not just Misha but the story of Misha’s mom as well. I had three days off from work, right at the time I read this story, and I’m an hour away by air, so that turned into ‘We’re going’.

John dressed in his signature ‘Respect Earn It’ T-shirt, denim shorts, yellow armbands and baseball cap to greet Misha and his mother, but quickly handed over his shirt and hand, along with a WWE championship belt to his young fan.

He said: “Misha’s ability to embrace resistance, that’s extraordinary. Those words never give up, we’ve all thought about those in our lives, they’re very powerful. I think Misha’s a great example– Misha’s mom – they’re two great examples of how persistence can lead to joy, even though the toughest of times.”

I realize I am completely biased, but what got to me the most in this story is that John kept throwing the narrative back to center on Misha’s mom. He gets that as incredible as his response was, he took a one-hour flight to Amsterdam. Misha’s mom, however, had to get her family out of a war-torn country safely. She probably hated lying to Misha and would’ve done anything not to disappoint him. Who knows if he’d believe her the next time? Or if his heart was broken that his hero didn’t show up. In the video posted below you can hear Misha’s mom openly sobbing. She’s so grateful to John allowing her to keep her word to her scared son. She told John at the end of the video that he “has a very big heart.” Which he does. And she is incredibly brave, and this is such a lovely story with a very sweet ending.

It’s hard to gauge sincerity in a celebrity, but I feel like this stuff matters to John. Yes, he gets publicity for it, but I don’t think that’s his motivation. I think there are stars who figure out how they can market their act-of-kindness even before it’s set up. If good is done, I shouldn’t nitpick the motivation, I realize, but my point is that the sense I get from John is his first thought is about the person receiving his generosity. And in this case, he understood that it was Misha’s desire to see him, but his mom was just as deserving of something amazing at this tragic time. She secured their safety but to see her family happy as well was heart-warming to watch. And now Misha gets to wear his John Cena gear and enjoy his life in Amsterdam knowing that John and more importantly his mom have his back. 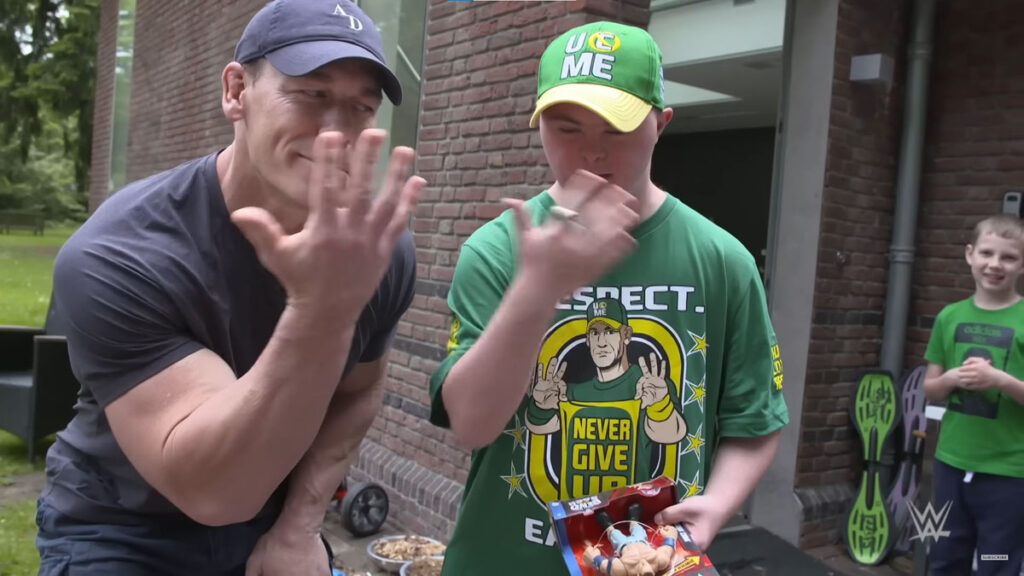 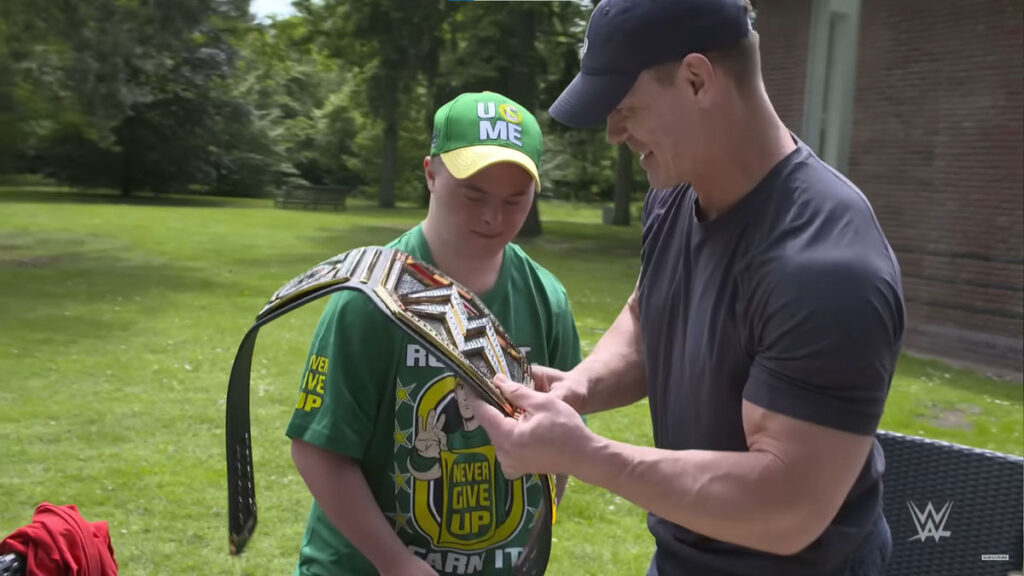 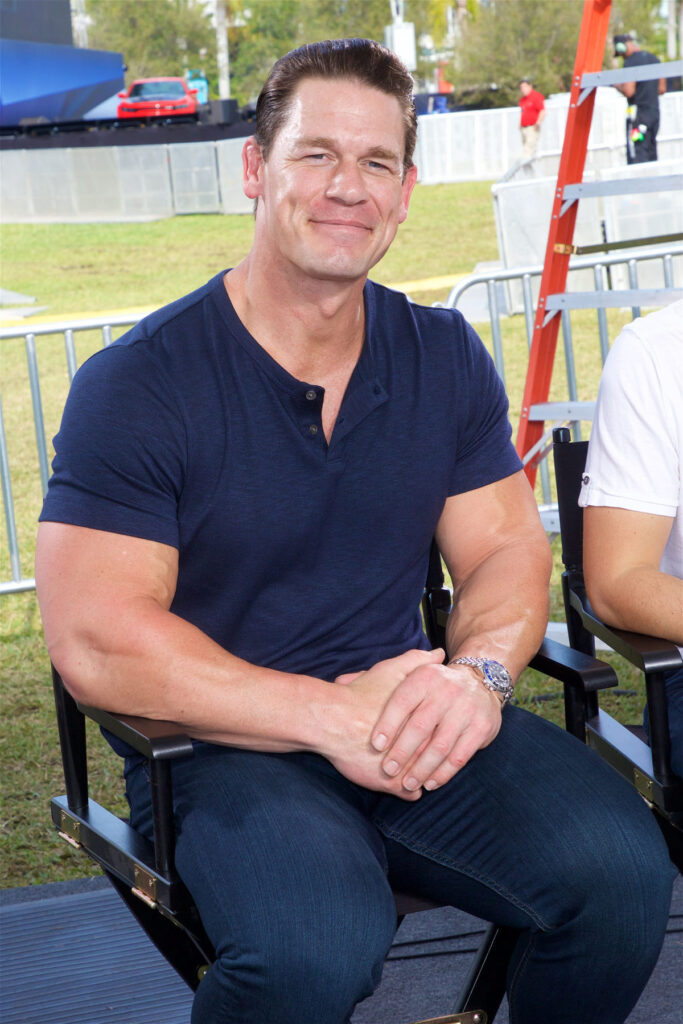