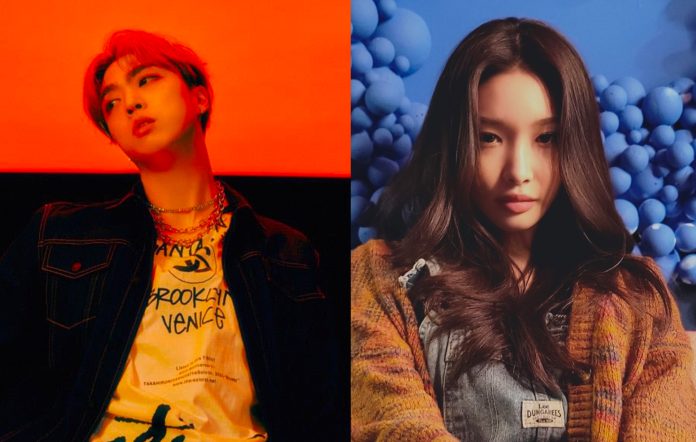 In the accompanying sensual video treatment, Junny is spotted performing the groovy new single in front of a seemingly abandoned strip mall at sunset, as well as in an empty warehouse alongside a female dancer. Notably, the video does not feature an appearance from Chung Ha.

“I’m sorry, but without you I’m not at home / You’re too powerful for me to resist / When I’m in doubt, turn on your green light / And under the orange sunset, please sing me a song from your heart,” Chung Ha croons in her verse, with Junny harmonising with her in the background.

‘Color Me’ was co-written by Junny and minGtion, who also produced the song. The latter producer is a frequent Junny collaborator and is also known for their work on several of songs by NCT, Taeyeon and Red Velvet.

‘Color Me’ is the follow-up to Junny’s May single ‘Get Ya!’, which featured Korean rapper pH-1. Both songs are set to appear on the Korean-Canadian singer’s forthcoming full-length album.

Aside from his own discography, Junny has helped several other K-pop acts pen hits across his now four-year-old career. Some songs he has worked on in the past include NCT 127‘s ‘Pilot’, EXO’s Kai‘s ‘Mmmh’ and IU‘s ‘Troll’, among others.

Meanwhile, Chung Ha is reportedly preparing to release her second full-length album next month. If true, it will mark her first domestic release of 2022, and will come over a year after the release of her first-ever studio record ‘Querencia’, which dropped in February last year.