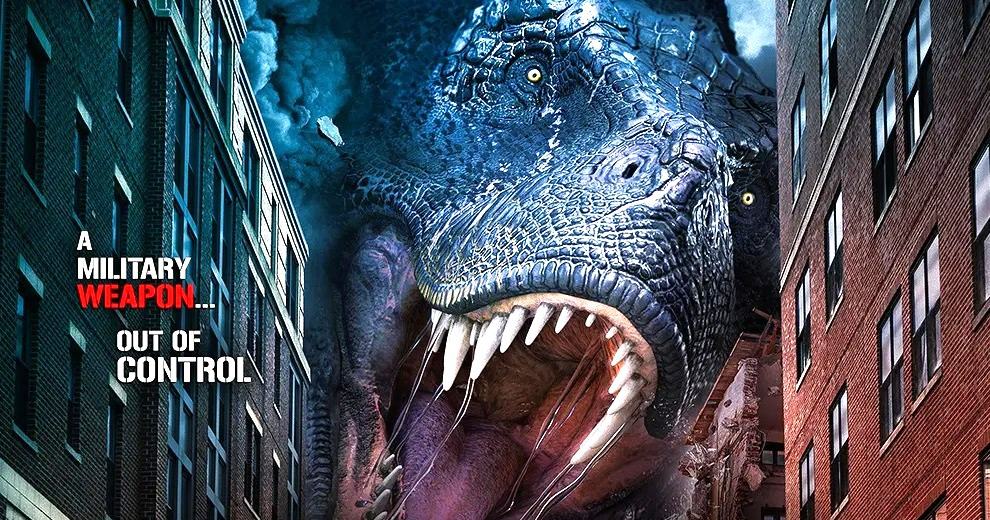 Jurassic Domination trailer: The Asylum mockbuster is coming to theatres this weekend

Jurassic World: Dominion, the latest entry in the Jurassic Park franchise (read our review HERE), reached theatres earlier this month – and a mockbuster from The Asylum is only a few weeks behind! The Asylum has unveiled the trailer for their new production Jurassic Domination , which is set to reach theatres this Friday, July 1st. Check it out in the embed above!

When two military-made, weaponized dinosaurs attack a small mountain town, it’s up to the sheriff to figure out a way to stop the creatures before the dinos escape and wreak havoc nationwide.

Our friends at Bloody Disgusting report that Jurassic Domination will be screening in the following theatres:

I wish Roger Corman was still producing Carnosaur movies, but in the absence of Carnosaur sequels I’m glad The Asylum is picking up the Jurassic mockbuster slack. I’m still bummed that the Jurassic Park franchise didn’t run with the “weapon-toting dinosaur hybrids” idea that was considered for Jurassic Park 4, so it’s good to see other companies making movies about military-made, weaponized dinosaurs. Even if they’re not weapon-toting hybrids.

Does Jurassic Domination sound like something you would enjoy watching? Let us know what you thought of the trailer by leaving a comment below.