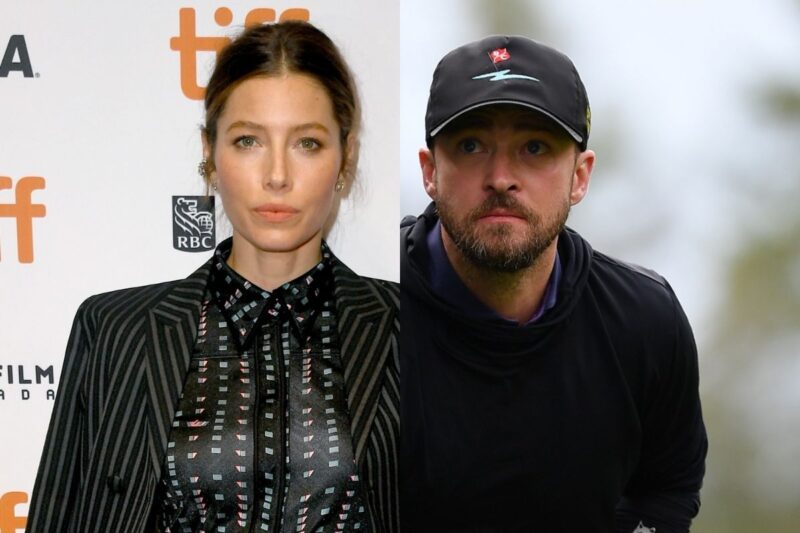 Several reports have said Biel is struggling to trust her husband.

Are Justin Timberlake and Jessica Biel headed for divorce? Rumors have been swarming that the famous couple has been struggling to keep their marriage alive. Here’s the latest gossip from the tabloids.

Earlier this year, OK! reported things were finally “over” between Justin Timberlake and Jessica Biel. According to the report, years of cheating rumors and career setbacks drove them apart. “They had a blowout fight just before Christmas,” an insider revealed. “Justin was trying to get Jessica to change her mind about pulling the plug on their Hollywood life. Jessica was in tears. She gave him an ultimatum: Settle down once and for all with her and the kids or risk losing her for good.”

But after doing a bit of digging, we found that things weren’t quite as dire as the magazine made them out to be. Despite the tabloid’s claims that Timberlake and Biel’s careers were suffering, they’ve actually been doing really well. It doesn’t seem like their move out of California has taken a toll on their personal lives at all. And a quick glance at their respective social media profiles certainly made us second-guess this magazine’s story.

Then Star reported Timberlake and Biel were actually fighting over recently-surfaced cheating rumors. Late last year, a celebrity gossip account on Instagram shared an anonymous tip claiming Timberlake hooked up with a woman at an Atlanta bar. Of course, this wouldn’t be the first time Timberlake was caught in the act; back in 2019, the actor was caught holding hands with his female co-star during a boozy night out in New Orleans. “He pleaded for a second chance, and [Biel] gave it to him,” an insider noted. “But these new rumors have put Jessica on edge again. How much more humiliation can she take?”

Of course, this report was missing some important context. The gossip account in question is notorious for sharing tips from anonymous, unvetted sources. Unless there’s photographic evidence to back the tips up, they usually never amount to anything. And since the rumor began and ended with the cryptic post, we seriously doubt Biel ever even caught wind of it. And once again, Biel’s social media certainly painted a different picture than the tabloid was pushing.

Finally, OK! revealed that resentment was starting to build between Timberlake and Biel. As Biel’s new Hulu series ramped up production, Timberlake was left “on daddy day-care duty at their place in Montana… he is not thrilled about it,” a tipster dished. “It’s putting major strain on their relationship because he’s just not handling the stress well.” And the magazine reminded readers of Timberlake’s 2019 slip-up in New Orleans, insisting that their marriage never fully recovered.

It bears repeating that the tabloids are the only ones still caught up on the 2019 incident. From what we can tell, Timberlake and Biel’s marriage was never even in jeopardy, so we seriously doubt they’re still fighting about it. Furthermore, the magazine completely neglected the fact that Biel has been working this whole time. Timberlake wasn’t suddenly coming to grips with the fact that his wife was a working woman. We were confident dismissing this story along with the rest of them. From all the evidence we have, Justin Timberlake and Jessica Biel are doing just fine.