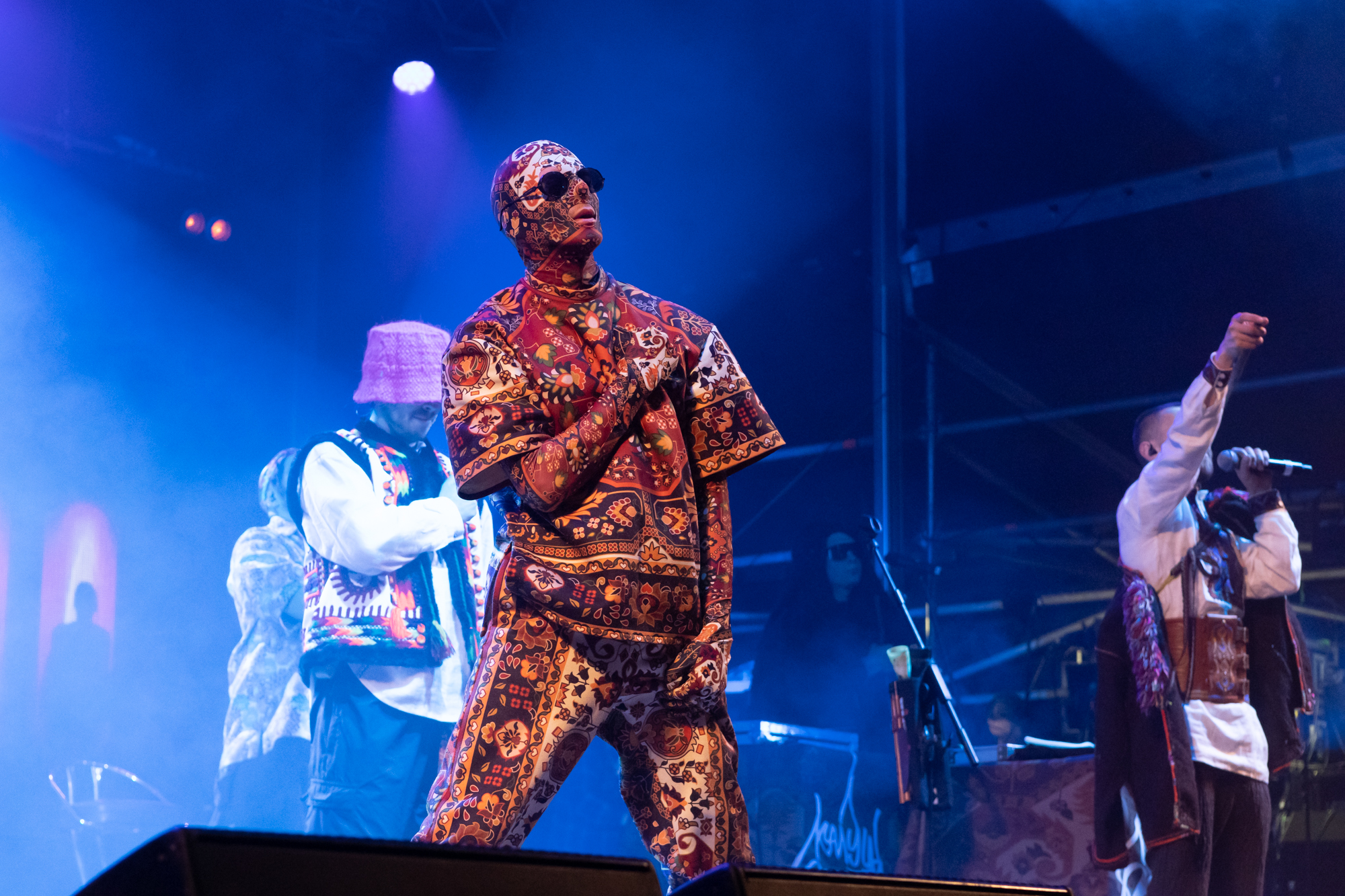 Kalush Orchestra: “It’s amazing that we can perform our music at Glastonbury”

Kalush Orchestra spoke to NME ahead of their first-ever live appearance in the UK at Glastonbury 2022 last night (June 24) – you can watch our interview with frontman Oleh Psiuk above and see footage from the show below.

The Ukrainian band, who were crowned champions of Eurovision earlier this year, played an hour-long set after midnight to a packed-out crowd on Shangri-La’s Truth Stage.

Kalush Orchestra’s 13-song set included two renditions of their Eurovision-winning track ‘Stefania’, as well as a dozen other songs that, according to the band’s team, were written in the space of just 10 days.

“Just imagine it’s the last party of your life,” Psiuk poignantly told the crowd mid-set ahead of performing the track ‘Love Train’.

Speaking to NME ahead of their set, Psiuk said that he and Kalush Orchestra were honoured to be invited to Glastonbury: “We are lucky that we are here, so we’ve tried to prepare for our performance [at Glastonbury]. We are super-happy to be here.”

Kalush Orchestra at Glastonbury, courtesy of my sister @annawilsonnn_ pic.twitter.com/5PHqWuivD0

He added: “It’s very nice to be here: there are a lot of people, very different people, and it’s amazing that we can perform our music here at Glastonbury.”

While Psiuk hadn’t seen the video message recorded by Ukrainian President Volodymyr Zelensky that was screened around Worthy Farm earlier in the day, the rapper praised Zelensky as “a clever man”. 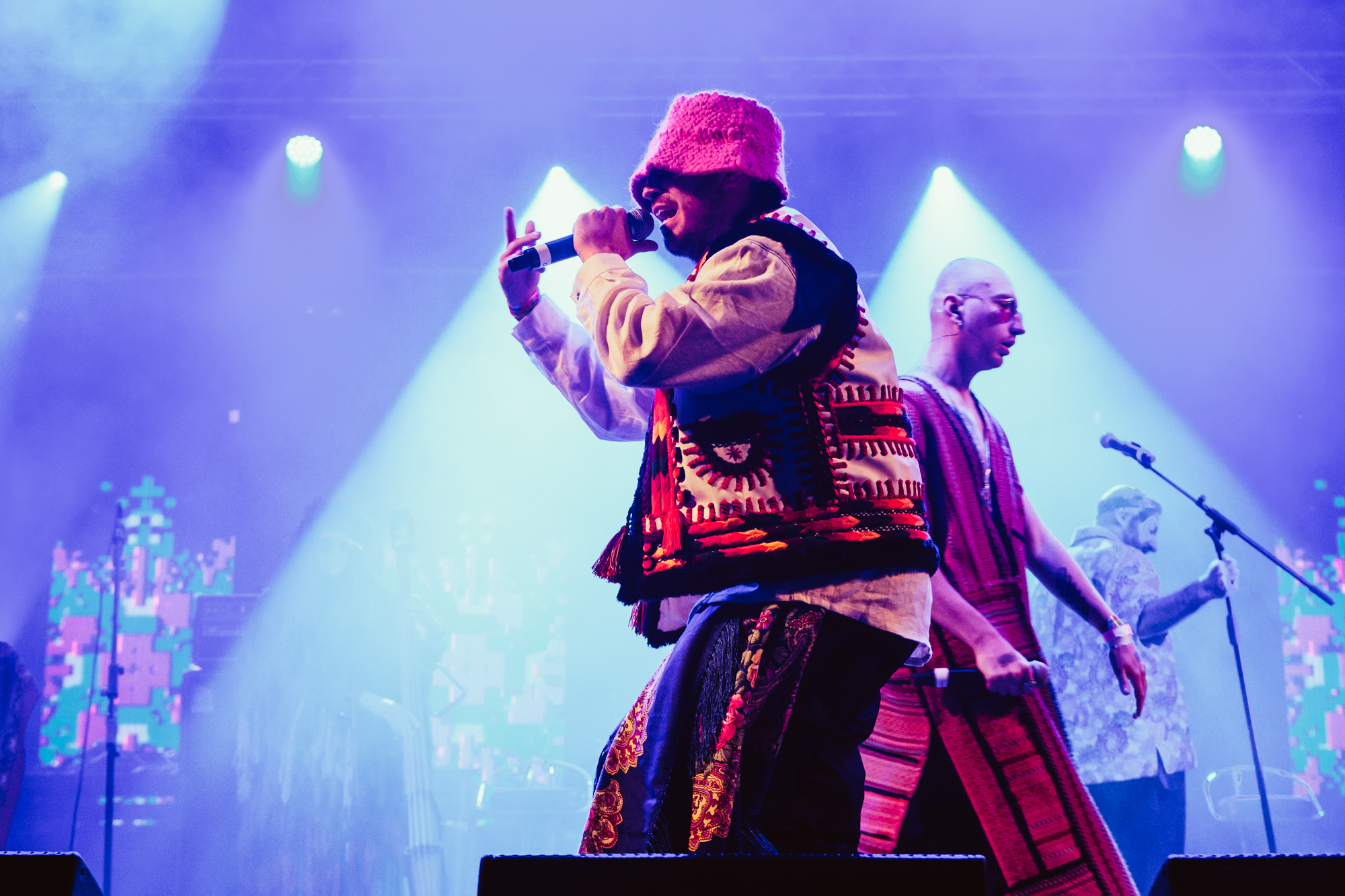 Psiuk also spoke about the band’s new music, saying: “Every song is unique, but all together it has one aim. But all the songs are different compared with the previous ones.”

Check back at NME here throughout the weekend for the latest news, reviews, interviews, photos and more from Glastonbury 2022.