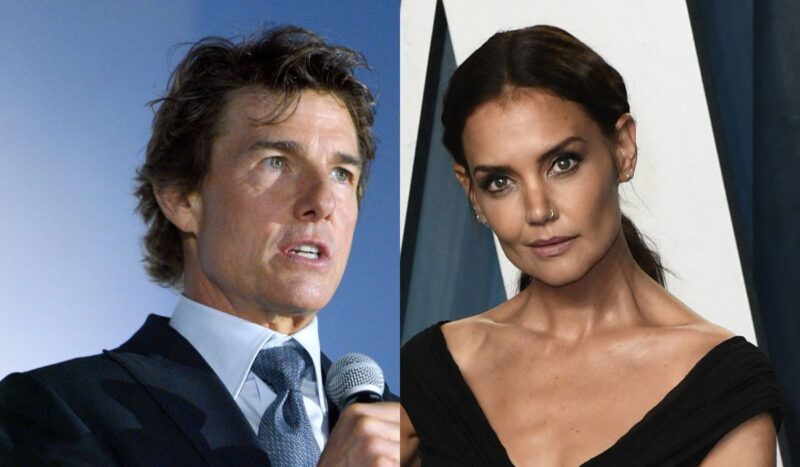 Apparently, the public angle of a Tom Cruise reunion is too much.

Did Katie Holmes stop Suri from reuniting with Tom Cruise? One tabloid claims that Holmes is hesitant about letting Cruise anywhere near their daughter. Here’s what we know.

This week, Woman’s Day delivers the shocking news that a public reunion between Tom Cruise and his daughter Suri had been in the works for a while now, but Katie Holmes put a stop to it. Apparently, Suri has been longing for a relationship with Cruise for ages. “She’s always been curious about him,” an insider dishes, confessing that the teen often watches her father’s movies. “Suri makes out like being without her father is no big deal but it is.”

But sources explain that Cruise’s controversial reputation has made Holmes hesitant about letting them reunite publicly. The actor’s relationship with the Church of Scientology has no doubt complicated both Cruise’s personal life and public image, and the leaked audio of him screaming at the cast and crew on the set of Mission: Impossible 7 has apparently left Holmes wary. Meanwhile, Suri has “never been more conflicted,” the tipster concludes.

Is Holmes Keeping Tom Cruise Away From Suri?

This is far from the first time we’ve confronted a report like this. Since the public is undoubtedly longing to see Tom and Suri Cruise reunited, there have been hundreds of stories over the years claiming that a reunion was in the works. But in most of the reports, a roadblock—usually in the form of Katie Holmes—stops it. For example, just last month another report claimed Holmes stopped Cruise from buying Suri a $90,000 birthday present.

But the reality is a far cry from the one that these stories paint. According to Holmes and Cruise’s reported custody agreement, the actor is allowed to see his daughter virtually whenever he pleases. What these outlets consistently forget is that Cruise chooses not to see Suri because Holmes has kept her away from the Church of Scientology. And as a devoted Scientologist, Cruise is encouraged to distance himself from those who reject the church and its teachings—especially in public. And since this report was missing this huge chunk of context, we are struggling to take it seriously.

The Magazine On Tom Cruise

Of course, we know better than to believe Woman’s Day when it comes to Tom Cruise. Last year, the outlet reported Cruise was desperate for cash and selling property just to stay afloat. Then the magazine claimed Cruise was worried about John Travolta leaving Scientology. And more recently, the publication alleged Cruise was struggling to find a girlfriend because of his religion. Obviously, Woman’s Day isn’t the most reliable anywhere the Mission: Impossible actor is concerned.