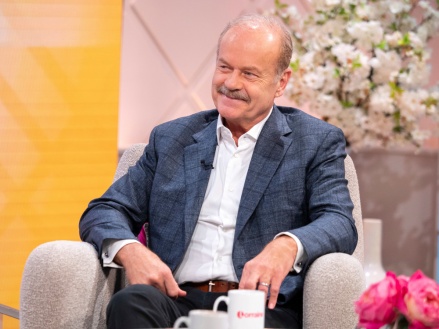 Kelsey Grammer’s Kids: What To Know About The 7 Children He Has With 4 Women 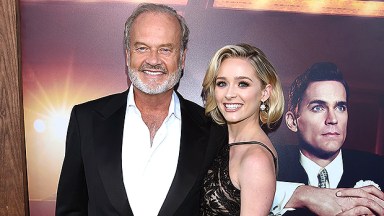 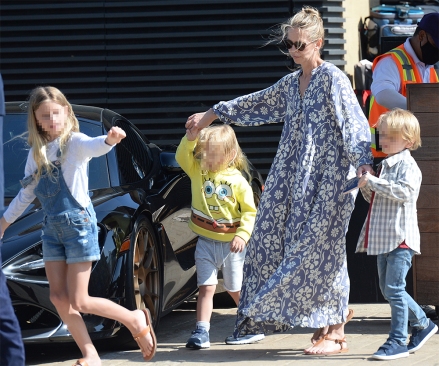 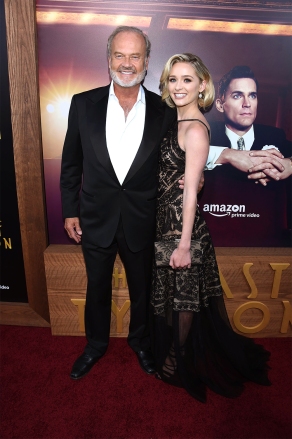 Kelsey Grammer is one of the most recognizable actors after having played Dr. Frasier Crane for more than 20 years on television! The 66-year-old star made the sophisticated psychiatrist his own on both Cheers and its spinoff Frasier — and he claimed four Emmy Awards for Outstanding Lead Actor along the way. Born on St. Thomas in the U.S. Virgin Islands, Kelsey would study theater in high school in Florida, before winning a scholarship to the esteemed Julliard School.

After creating a stir on Broadway, including garnering a Tony nomination, Kelsey took his talents to Tinseltown, where he immediately landed the role of Frasier on the famed NBC sitcom. He would go on to star in the political drama Boss and have parts in 30 Rock and Modern Family .  He would even add a fifth Emmy for his work as Sideshow Bob on The Simpsons. 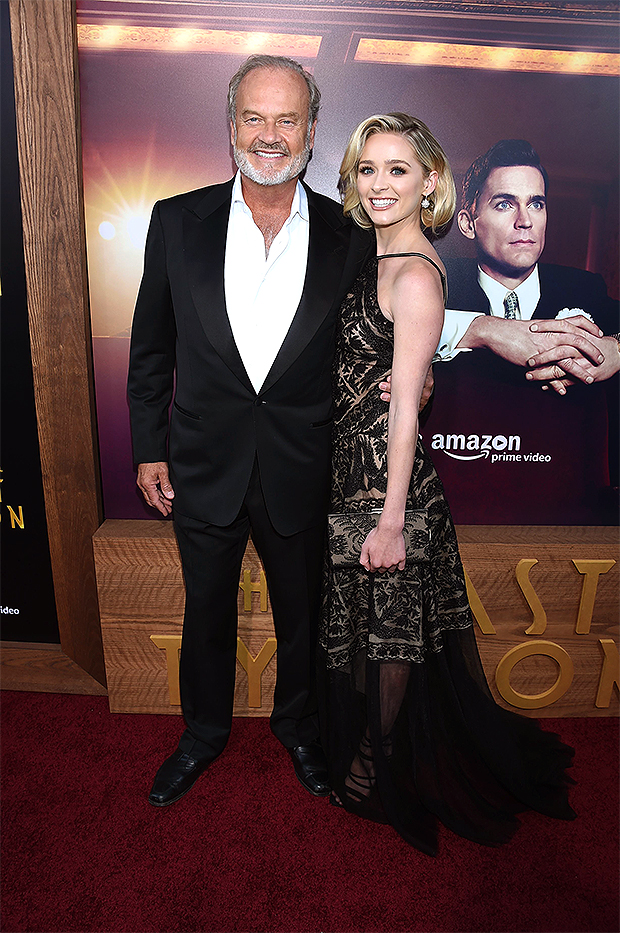 Kelsey Grammer and daughter Greer Grammer at ‘The Last Tycoon’ premiere in Los Angeles in 2017. (Shutterstock)

Outside his myriad of film and TV projects, Kelsey found himself with a myriad of children — seven to be exact! The thespian shares daughter Spencer with his first wife, Doreen Alderman. In November 2022, Spencer and Kelsey announced they would be sharing the screen for the first time together in the holiday film The 12 Days of Christmas Eve, per their appearance on Today .

Next, Kelsey welcomed daughter Greer with his ex girlfriend, Barrie Buckner. While married to Camille Grammer, the star became the father to daughter Mason and son Jude, and with his current wife Kayte Walsh, he shares daughter Faith and sons Gabriel and Auden. Find out more about the family, below. 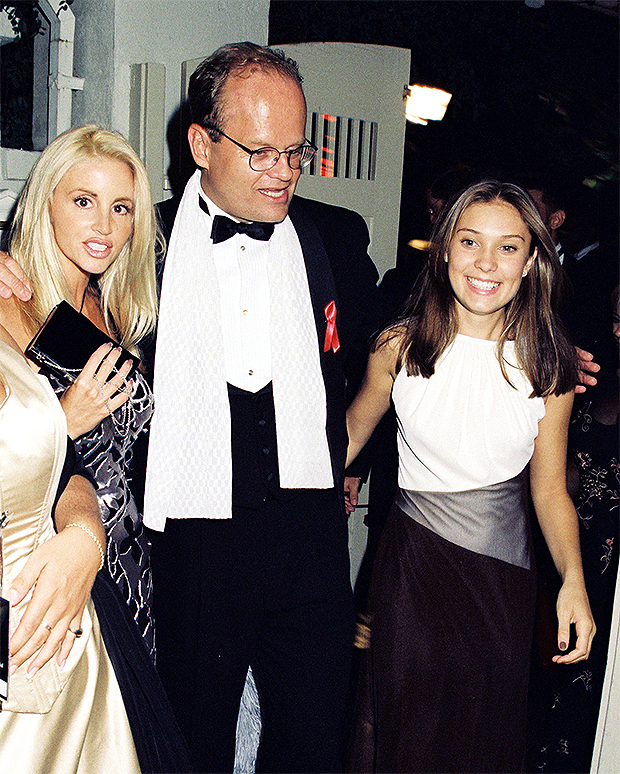 Kelsey’s eldest child. Spencer, arrived on October 9, 1983. Taking a page from her papa, she worked her way in Hollywood as a voice actress, appearing as Summer Smith in the popular cartoon Rick and Morty. She also made a name fore herself in front of the camera as well with toles in the TV shows Tell Me a Story, The Barbarian and the Troll, Brampton’s Own, Scorpion, Greek and Mr. Robinson. Spencer also provided Kelsey with his only grandchild when she welcomed son Emmett with her ex husband James Hesketh in 2011.

Born on Feb 15, 1992, Greer is also following in her dad’s footsteps. The young star already landed the role of Grace in Netflix’s hit movie Deadly Illusions . But she’s definitely a little skittish to ask her famous father for any help in Tinseltown, even in his own reboot of Frasier. “I would obviously love to be on the Fraiser reboot,” Greer told HollywoodLife EXCLUSIVELY. “I don’t know how to ask that even though you think that I would, that that would be a no-brainer. Like, ‘Dad! Get me a role!’ but I’m always so nervous asking my dad for things,” she confessed. 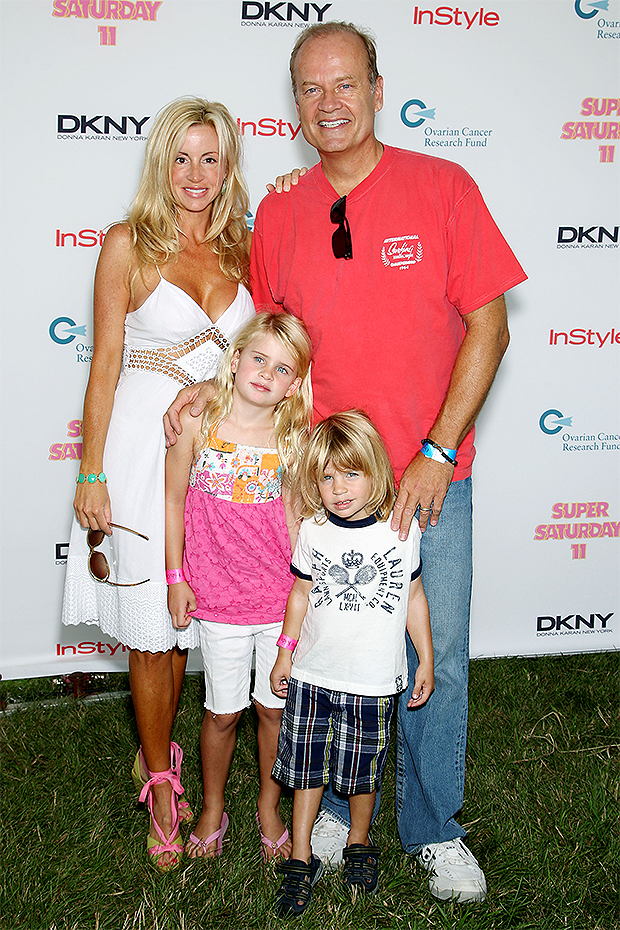 Camille, Mason, Jude and Kelsey in New York in 2008. (Shutterstock)

Born in October 2001, Mason was Kelsey’s first child with his RHOBH star ex Camille. Mason made many appearances along side her mom on the Bravo show. She once praised her father for becoming “a better dad after every child,”  per Closer . “When I grew up, he was very strict,” she told the outlet. “Now, he’s more relaxed with my younger siblings. It’s a blast!”

Kelsey welcomed his first son, Jude, via surrogate on August 28, 2004. The teenager has kept out of the spotlight, only appearing a handful of times with his mother, Camille, when she starred on The Real Housewives of Beverly Hills. 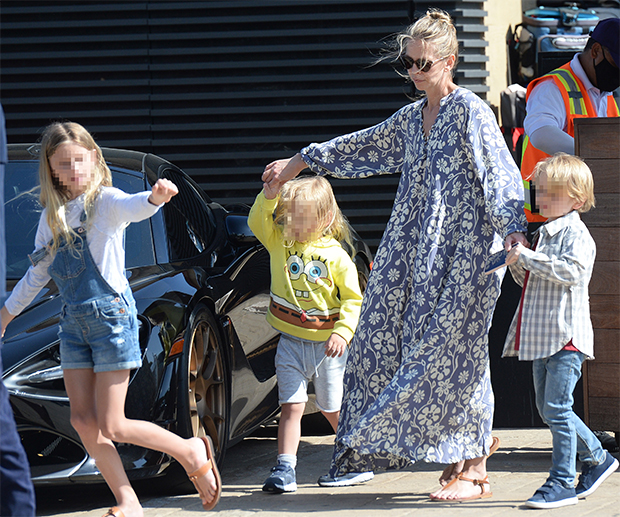 Auden, Faith, and Gabriel with their mother Kayte Walsh in Los Angeles in 2021. (Shutterstock)

On July 13, 2012, Kelsey and his new wife Kayte welcomed their first child together, daughter Faith. “We are thrilled,” the couple told People at the time. “Mother and child are in excellent health.” However, earlier in her pregnancy, Katie was expecting twins, but the baby boy died. “A glorious birth with a lingering sadness is ours today,” they added. “We choose to celebrate the life that has been given us. We proudly introduce our Faith to the world today looking forward to the days ahead and the children yet to come.”

Gabriel, whose first name is Kelsey, arrived on  July 22, 2014. “We are blessed and excited to have this lovely young man join our family — he is magnificent,” Kelsey and Kayte told People at the time of his birth. “Our son will be called Gabriel as there is a tradition in our family of going by our middle names.”

Kelsey’s youngest child, son Auden, was born on November 14, 2016. He goes by his middle name as well, James. “The name was chosen to honor the great poet W.H. Auden, and James is after another great poet and singer James Taylor — two of our favorites,” the couple said in a statement.