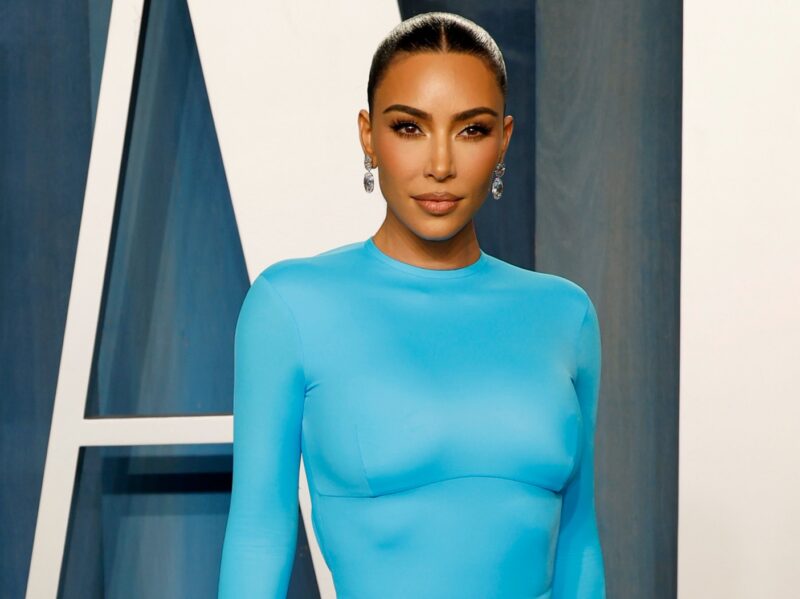 Kim Kardashian has been accused of copying another influencer.

Kim Kardashian is expanding her brand yet again, but the name of this new addition is raising eyebrows. Kardashian recently unveiled her new line of skincare products, which join her make-up, shapewear, and fragrance brands. There’s been some uproar surrounding the expansion since its name is so similar to two other noteworthy skincare brands that were established before Kardashian’s latest venture burst onto the scene.

Businesswoman and reality star Kim Kardashian is looking to take on the skincare industry, but the mom of four is seemingly already making enemies among other big-name skin brands. Kardashian named her skincare line SKKN, with the double Ks no doubt standing in for her name.

It’s quite clever as it alludes to both its founder and what the products are for: your skin. It also neatly avoids Kardashian’s past pitfalls when it came to naming her latest brand ventures. The Kardashians star previously came under fire for initially naming her shapewear brand Kimono, which detractors claimed was cultural appropriation, a frequent critique for the Kardashian/Jenner family.

She was also blasted for trying to trademark the name since it’s specifically a Japanese word that’s commonly used across the world to refer to a very specific type of robe. Kardashian wound up bowing to pressure and renamed the shapewear brand SKIMS. That conflict feels very fresh in our minds amidst this latest round of backlash, which pits Kardashian against model and influencer Lori Harvey.

Harvey, the daughter of talk and radio show legend Steve Harvey and his wife Marjorie, also has a recently launched skincare line, though hers debuted in October 2021 while Kardashian’s will be released later this month on June 21. The name of Harvey’s line? SKN by LH.

Fans of both famous ladies have sounded off about the similarity between the names, though Harvey’s fans are much more vocal. That makes sense as they believe Harvey was the injured party.

Kim coming out with SKKN after Lori Harvey came out with SKN is very on brand for her.

Kim has to change the name of her brand surely. Skkn already exists and skn by lori harvey. Both are extremely similar

Kardashian did have her defenders, though they were far fewer in number. The best argument against the copycat accusations is also the simplest: though the names are undeniably similar, there are stylistic differences that make the claims of copyright infringement fairly weak.

It’s hard not to notice the similarities between the names, though the packaging and products in the line have enough differences to tell them apart with a single glance.

Kardashian’s SKKN line has nine products, which include a cleanser, exfoliator, toner, hyaluronic acid serum, vitamin C serum, eye cream, oil drops, night oil, and face cream. The packaging is reminiscent of her fragrance bottles, which were famously molded from Kardashian’s body, thanks to its gray, beige (greige) color and almost stone-like texture.

Harvey’s SKN by LH brand is by far the cheaper option, even taking into consideration the fact that it offers fewer products. To purchase her entire line of products would cost $195, with the prices ranging from $38 to $50 for individual items.

Kardashian’s entire SKKN will run you more than twice as much at $575. The price points for the individual products are also higher, with the cheapest product coming in at $43 and topping out at $95 for the priciest. Kardashian’s line does offer to refill products after the initial purchase for a slightly smaller cost, but it’s only at most about $14 dollars in savings for the more expensive items like the oil drops or night oil.

Seeing as how Kim Kardashian’s skincare line will be dropping in a little over seven days from now, it’s more than unlikely that she’ll be changing the name. There are also more than enough differences between Kardashian and Lori Harvey’s two brands that the names shouldn’t cause too much confusion among consumers. Both product lines look incredible, and we’d love to give either one a try to see which one works best.