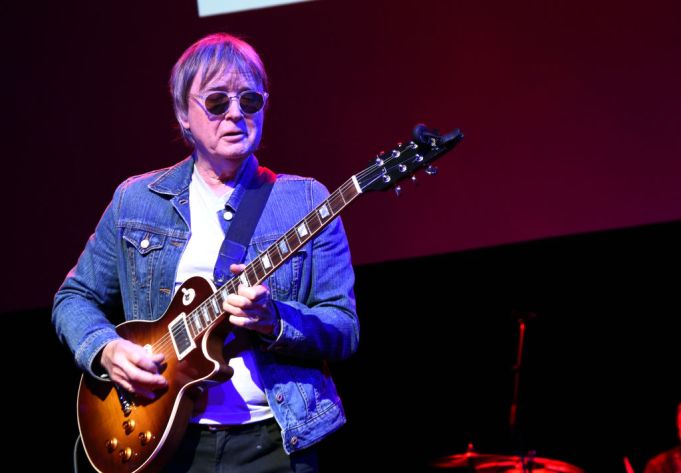 Kim Simmonds, leader of the last post-Beatles wave of British blues bands with Savoy Brown, has died at the age of 75, the band announced.

Simmonds died Tuesday, the band announced on Facebook on Thursday. The group had been together for more than 55 years.

Simmonds had been battling stage 4 signet cell colon cancer, a very rare form that accounts for no more than 1% of cases.

Savoy Brown was in the late ’60s British Invasion blues rock surge. Mixing originals with American blues standards, the band was a rotating cast of musicians, with Simmonds at its core.

Simmonds, originally from Wales, eventually became a solo artist supported by a backup band of the moment. He moved to the US 30 years ago and settled in upstate New York.

Savoy Brown was founded in 1967 in London. Simmonds remained an active musician until this year, finally posting on the band’s website that he had to cancel dates for the rest of the year because of his cancer battle. He mentioned at the time that the band had a new album planned.

The group’s albums of note included Hellbound Train, Street Corner Talking and Going to the Delta. The band’s song “Hellbound Train” has over 10 million plays on Spotify. “I’m Tired – Where Am I” and “Tell Mama” both have over two million plays.

In its heyday, Savoy Brown played Carnegie Hall, the Fillmore East, the Fillmore West, and London’s Royal Albert Hall, according to its website. Kiss, ZZ Top and The Doobie Brothers opened for the band’s national tours at times. He was inducted into the Hollywood Rockwalk in 1998.

He is survived by his wife, Deborah, and a daughter, Eve. No memorial plans have been revealed.