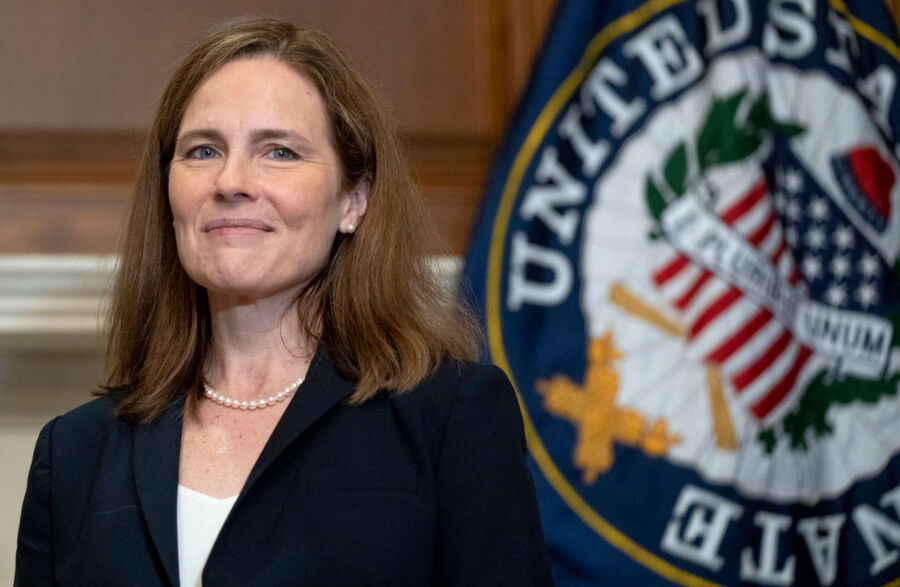 Last Year Amy Coney Barrett Earned $425,000 In Book Royalties And Fees, The Most Of Anyone On The Supreme Court

A seat on the Supreme Court is a lifetime appointment, and it also seems to open up a lot of doors into the publishing industry. Many justices have a good sideline writing books of various types, and the Associated Press reports that Justice Amy Coney Barrett earned $425,000 as an advance part of a $2 million deal for her yet-to-be-published book, the most of anyone on the court in 2021.

The figures come from recently disclosed financial reports by the justices, and also include $250,000 in royalties from HarperCollins to Justice Neil Gorsuch, also for a book that hasn't yet been published, $115,000 in book royalties to Justice Sonia Sotomayor (as well as another $5,125 for development rights for her children's book entitled "Don't Ask!"), and $7,800 to retiring Justice Stephen Breyer.

Altogether, Supreme Court justices took home about $800,000 in book royalties and advances over the course of last year, meaning that well over half that total was earned by Justice Barrett herself.

Six figure publishing advances are nothing to sneeze at, but these kinds of figures are especially impressive compared to the actual Supreme Court salaries, which this year are at $274,200, with Chief Justice John Roberts earning $286,700.

Before Justice Barrett's $2 million advance, the other two biggest publishing advances made to Supreme Court justices were made to Justices Sotomayor and Clarence Thomas – both of whom got more than $1 million each for their personal memoirs. Sotomayor has been a particularly prolific author during her time on the bench, and she's disclosed more than $3 million in advances and royalties over the course of her career. And in 2019, Gorsuch reported $650,000 in earnings from his book "A Republic, If You Can Keep It."

As for Barrett, she is reportedly working on a book on the subject of separating one's personal feelings from one's legal decisions while on the highest court of the land.