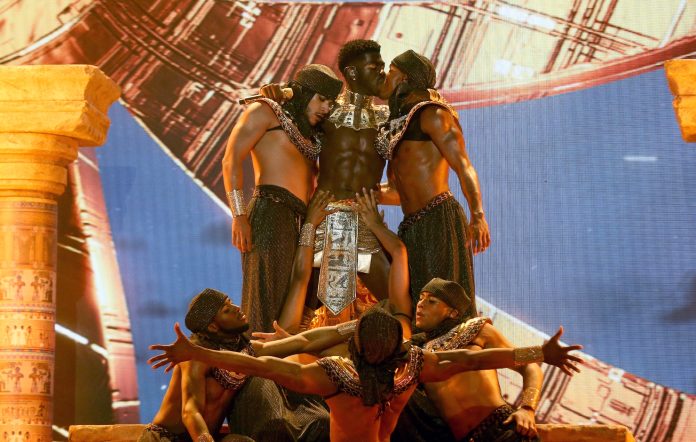 Lil Nas X has opened up about his strained relationship with Black Entertainment Television (BET), after taking numerous shots at the network this month.

In early June, the rapper took to Twitter to address his exclusion from this year’s list of BET Awards nominees, writing in a since-deleted tweet that he’d received “an outstanding zero nominations again”. In another tweet, Lil Nas said he was using the opportunity to address “the bigger problem of homophobia in the Black community”.

Last week, he followed up his criticisms by sharing new single ‘Late To Da Party’, a collaboration with YoungBoy Never Broke Again in which he repeatedly chants “Fuck BET”. The single’s cover artwork shows a BET Award in a toilet, being urinated on.

BET later responded to Lil Nas’ criticism, pointing out that no BET employees are part of the Voting Academy for their awards. “At BET, we are passionate advocates for the wonderful diversity that exists within our community,” they said in a statement. “We are committed to using all of our platforms to provide visibility and inclusion for all of the many intersections of the Black community.”

Now, the rapper – who was nominated for Best New Artist at the 2020 BET Awards and delivered a viral performance of his song ‘Montero (Call Me By Your Name)’ at the 2021 ceremony – has alleged a “painful” history between himself and the organisation.

“My relationship with BET has been painful and strained for quite some time. It didn’t start with this year’s nominations like most people might think,” Lil Nas X told Rolling Stone . “They did let me perform on their show last year, but only after [I gave] assurances that I was not a satanist or devil worshiper, and that my performance would be appropriate for their audience.”

In 2021, prior to the BET Awards, Lil Nas X had attracted controversy around his use of Satanic imagery. That included giving the devil a lapdance in the video for ‘Montero’, and partnering with art collective MSCHF to release modified Nike “Satan shoes” that contained drops of human blood – a lawsuit with Nike was settled later that year.

An anonymous member of the rapper’s team has now alleged that BET expressed hesitancy about Lil Nas performing at the 2021 ceremony, requesting confirmation that he wasn’t a “Satanist or devil worshipper”.

“The response we got [from BET] was, ‘We need to clarify a few things,'” the source told Rolling Stone. “Is he a Satanist? Are there going to be elements of devil worship or satan in the show? I was so taken aback by it.

“When Nas created ‘Montero,’ he knew what he was doing. He wanted to create a queer-pop anthem. He wanted to make a statement based on what he’s heard from people probably his whole life as a gay man,” the team member added. “That statement was very clear to me. But they’ve all missed the message so much that all they see is the devil.”

Lil Nas X and his team also allege that following the performance – which featured the rapper kissing one of his backup dancers – left certain network producers upset. According to Lil Nas X, despite BET’s claim that “no one cheered louder” for the rapper than them, the network “was actually very upset” about the onstage kiss and “vocalized their discontent with multiple members of my team immediately following the performance”.

“It didn’t feel celebratory,” one member of Lil Nas’ team said. “The response I got back was that they felt taken advantage of.”

Another member of the rapper’s team said that a BET producer involved with the performance approached him after Lil Nas’ performance. “Before I could even open my mouth, he looked at me and said, ‘That was really fucked up.'”

In a statement to Rolling Stone, a BET spokesperson denied Lil Nas and his team’s allegations, saying their “summation of events around [the BET performance] is simply untrue”.

“Since last year’s performance, we have been in touch to work on other projects,” the representative for BET continued. “We are still excited about his previous performances and continue to wish him well. But today, we are focused on culture’s biggest night and delivering history-making moments for fans worldwide.”