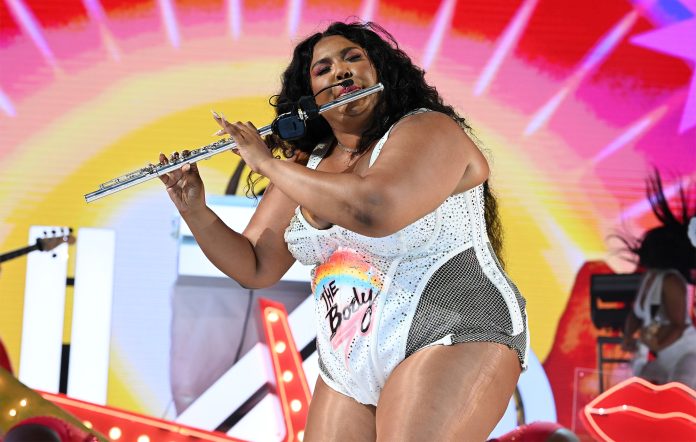 Lizzo has addressed the backlash she’s received over an ableist lyric in her new single, ‘Grrrls’, revealing that the line in question has now been altered on streaming services.

In the opening verse of the song, as it appeared upon its initial release last Friday (June 10), Lizzo sang: “Hold my bag, bitch, hold my bag/Do you see this shit? I’mma sp*z.”

After the single was released, fans and disability activists took to social media to acknowledge their disappointment over the lyric. Some called for the track to be pulled down and re-uploaded with the line removed – a move that Lizzo and her label have made overnight. The opening verse of the song now has the changed lyric: “Do you see this shit? Hold me back.”

Hear the change for yourself below:

Lizzo has also responded to the controversy in a statement posted to her social media, writing: “Let me make one thing clear: I never want to promote derogatory language. As a fat black woman in America, I’ve had many hurtful words used against me so I overstand [sic] the power words can have (whether intentionally or in my case, unintentionally).”

She went on to say that the altered lyric came as a direct result of her “listening [to her critics] and taking action”, further noting: “As an influential artist, I’m dedicated to being part of the change I’ve been waiting to see in the world.” Read the full statement below:

‘Grrrls’ came as the second preview of Lizzo’s upcoming fourth album ‘Special’, which is set to be released on July 15 via Nice Life / Atlantic. It marks the follow-up to 2019’s ‘Cuz I Love You’, and will also feature the single ‘About Damn Time’.

Earlier this year, Lizzo called the album “one of [her] most musically badass, daring and sophisticated bodies of work”, and said she was “shocked” to discover that it is what she describes as a “love album”.

The singer and rapper’s life will also be the subject of an as-yet-untitled new HBO documentary. It will be directed by Doug Pray – the executive producer of Dr. Dre and Jimmy Iovine’s 2018 docuseries The Defiant Ones – and will offer fans “an intimate look into the moments that shaped [Lizzo’s] hard-earned rise to fame, success, love, and international stardom”.

Meanwhile, Lizzo recently announced dates for an arena tour of North America, which is set to kick off in September.