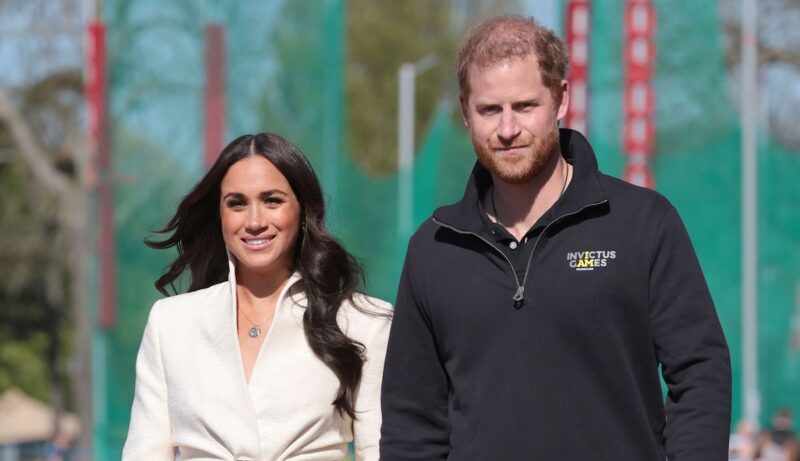 A source says Meghan Markle is “living in a gilded cage.”

Is Meghan Markle trapped in California? One report says her need for privacy has left her feeling lonesome with Prince Harry. Gossip Cop investigates.

According to OK!, Markle has become an intense homebody to avoid the prying eyes of the press. She apparently wasn’t prepared for this level of fame and is responding by staying indoors. A source says, “Home is the only palace she feels totally safe, and she loves having privacy.” She has her kids to keep her busy and can easily work from home.

There are downsides to her lifestyle, however. “It must feel like Meghan’s living in a gilded cage,” the source says. She can’t even run errands without a sea of people recognizing her, so she’s started having assistants do it for her. The insider concludes, “It’s just easier that way, but many feel like it must be hell to be stuck in the house as though she were locked in a prison – no matter how beautiful it is!”

What’s Going On With Meghan Markle?

Meghan Markle absolutely did struggle with the level of fame and scrutiny that comes with the royal family. She didn’t want to feel trapped…so she and Harry left the royal family and moved to California. Seriously, replace “California” with “Windsor” in this story and it would still work.

The sources in this rumor may well have a point. Markle and Harry are so famous that they can’t really live normal lives. That’s just how it is. However, the sources are openly speculating.

We can’t trust this story because it claims to have impossible insight into Markle’s life. Yes, she is intensely private. That’s why Gossip Cop can’t trust that this tabloid would know her feelings, daily routines, or errand needs. We also know she’s not trapped anywhere. She flew across the world alongside Harry for his Invictus Games, taking a pitstop in the United Kingdom on the way. This trip alone debunks this article.

Raising two children, one a newborn, naturally means one has less time to go out. When tabloids are as relentless as they are, getting targeted by drones and helicopters, this will naturally make someone more reticent to go out. Since Markle’s so private, however, we have no idea if she minds this at all.

It also once claimed Meghan Markle would Google herself every morning. Even if Markle did this, and we seriously doubt she’s that vain, there’s no way OK! could ever know about it. This outlet knows nothing at all, so its gilded cage story cannot be trusted. Only Markle knows how she feels, and she has no time for tabloids.