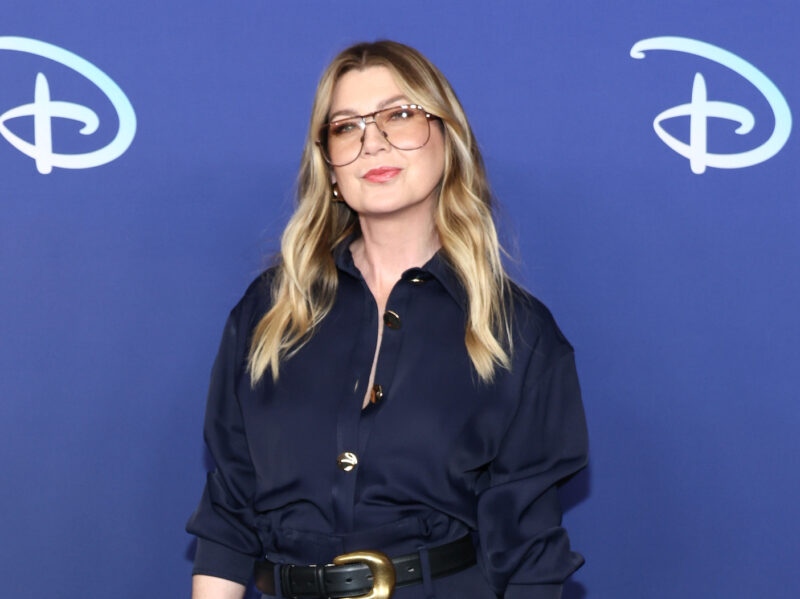 Pompeo’s show took a dip in the ratings with its recent finale.

Is Ellen Pompeo panicking over a lack of work? One report says the sliding ratings of Grey’s Anatomy have its star shaking in her boots. Gossip Cop investigates.

‘Squeeze Is On As ‘Grey’s’ Ratings Go Into Freefall’

Per the National Enquirer, Pompeo fears that the end of her profitable days is near. Ratings for Grey’s Anatomy have tanked, and Pompeo could bear the brunt of the backlash. “The bosses are alarmed, and the pressure is squarely on Ellen to help them turn this around,” a source says. The 2022 series finale of the medical drama saw a million viewers decrease from 2021.

With great power comes great responsibility. Since Pompeo earns over $20 million for the series annually, it’s apparently up to her to fix this mess. “You just don’t get that kind of paycheck without a ton of responsibility,” an insider says.

Pompeo is supposedly pushing the show’s writers to step up and create a great new storyline to lure back viewers. The insider says, “She wants to go out with a bang, so she can hold her head up high—and not get forced out because people are tired of her. That’s just too humiliating!”

What’s Next For Ellen Pompeo?

It’s pretty hilarious to see that Ellen Pompeo’s supposed huge plan for rating success is just to ask writers to come up with better ideas. Seriously, Enquirer? Surely it could have gotten more creative and claimed she was begging Patrick Dempsey to come back again or something.

What exactly does Pompeo have to worry about? As this story admits, Grey’s Anatomy has already been renewed for season 19 with Pompeo returning. Her legacy and finances are more than secure at this point, and there’s no way ABC pulls the plug on the series without a massive media campaign over its conclusion.

While it’s true that Grey’s Anatomy saw ratings fall for its finale, that’s just part of the broader trends in television. If you want to see how TV ratings are doing, just check on NCIS. The CBS drama remains the top scripted in TV, and its viewer count has shrunk nearly every year since 2012. Saying ratings are down is unfair when ratings are down for everyone.

There’s A History Of Gossip

The Enquirer recently announced Ellen Pompeo would quit Grey’s Anatomy over the show’s toxic environment. She signed on for season 19 just weeks later, so that was false. It also tried to stoke drama between Pompeo and Dempsey over his cameo return in season 18. The two are nothing but civil to each other, so that was bogus.

Just last month, this outlet claimed Jon Stewart was going ballistic was going ballistic because ratings were low for his Apple TV+ series. Streaming and television are just different now than they were even 20 years ago. There’s more to a show’s success than the Nielsen number.