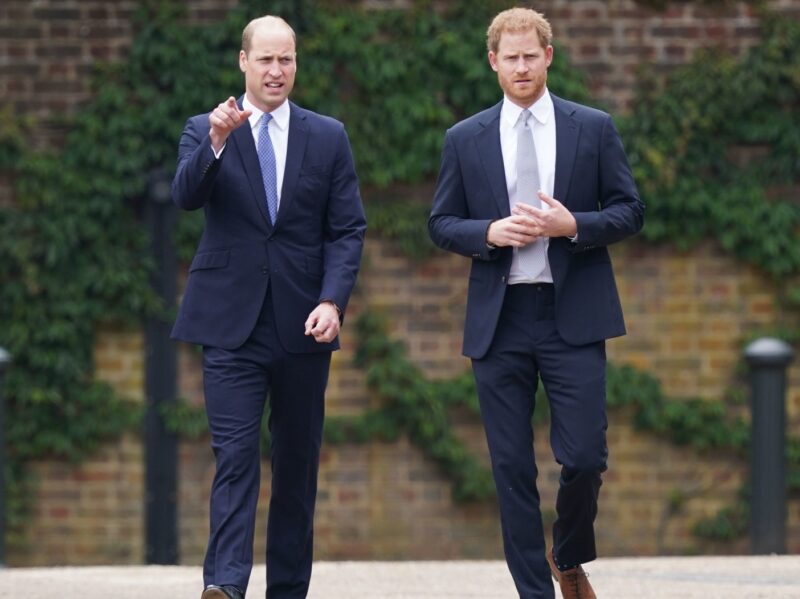 How long has the royal sibling rivalry been afoot?

Prince William and Prince Harry’s frosty relationship has been making headlines ever since it was reported William was not completely on board with his younger brother’s choice of spouse. However, a new book is claiming that the tension between the pair started years ago.

Tina Brown, author of The Palace Papers: Inside the House of Windsor, says that William and Harry have struggled for years with intense sibling rivalry. She claims, around ten years ago, Harry grew “angry” because he thought his older brother was “hogging the best briefs.”

Brown also stated that the “friction between the brothers escalated” after William became patron of the Tusk Trust, a charity for rhinos and elephants, in 2015. A friend of the brothers said they had “Olympic rows” at the time, and that the Duke of Sussex was a “very, very angry man.”

The new book also alleges that Harry frequently vented about his brother and his father, Prince Charles, to then-girlfriend Cressida Bonas. Brown claims that Harry’s ex was the first person to suggest he try seeing a therapist.

“Cressida began to have serious worries about his mental health,” Brown wrote. “It was she who first persuaded Harry to see a therapist.” The author also claims that, after the couple broke up, Harry wrote Bonas a letter thanking her for helping him “address my demons and seek help.”

William’s Reluctance To Welcome Markle Into The Family

All this tension between the brothers came to a head when Harry met Meghan Markle and promptly fell head-over-heels. “Every time his brother fell in love, it was an eruption of Vesuvius,” Brown wrote in her new book. “‘You do realize this is the fourth girl you’ve taken to Botswana,’ he couldn’t help remarking after Harry’s starry-eyed account of the trip.”

She continued, “Within months of Harry’s involvement with Meghan, he reportedly told his father that his younger brother’s obsession with her was ‘like something I have never seen.'” It seems like William’s reluctance to welcome Markle into the royal family was the last straw for Harry. The brothers are no longer as close as they were when they—joined by William’s wife, Kate Middleton—worked alongside each other for the royal family.

Is Harry Trying To Mend Fences?

However, according to royal expert Katie Nicholl, Harry might be trying to repair the rift between them. “Harry, I’m told, suggested perhaps that they might get some sort of a mediator in on sort of these talks, to make some progress,” she told Entertainment Tonight . “It was something that he had suggested to his father. He’s made it very clear that he wants to sort things out. He wants things to be improved.”

Only time will tell if Harry and William manage to work things out, but Harry’s reported desire to stop the fighting is a good sign that he and Markle might be trying to reconnect with the royal family.