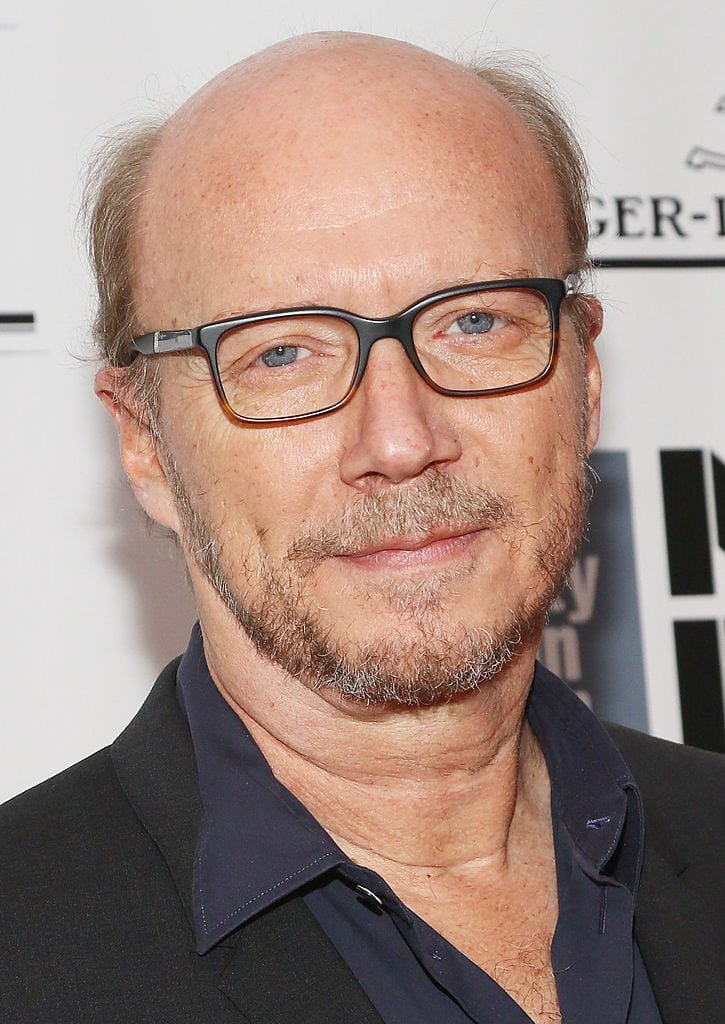 Paul Haggis Earned Tens Of Millions Of Dollars From "Walker Texas Ranger"… A Show He Worked On For Just TWO Weeks!

If you want to make a ton of money in Hollywood, your goal should be to create a TV show that airs hundreds of episodes in syndication all over the world for years and years to come. That's how people like Jerry Seinfeld, Larry David, Chuck Lorre (creator of "Two and a Half Men" and "Big Bang Theory") and Seth MacFarlane have become so unimaginably rich. The only major downside of this goal, other than the fact that it has an extremely high failure rate, is that in order to reach this massive pot of gold at the end of the rainbow, you are signing up for a very high-stress job that requires nearly 24 hours a day of work for the better part of a decade. Unless you're Paul Haggis. Way before he won two Academy Awards for the 2004 film "Crash", Paul Haggis received a phone call that changed his life (and bank account) forever. The call came from a major television studio that was desperate to have him re-write the pilot for a new show they were developing called "Walker, Texas Ranger". It was essentially a freelance job that Paul worked on for less than two weeks. And for his efforts on this freelance job, Paul was given a co-creator credit on the show. A show that eventually aired 200+ episodes and was massively successful in syndication in over 100 countries. For those two little weeks of work, you will not believe how much money Paul Haggis ended up making…

At some point in 1992, CBS purchased the rights to produce a TV pilot centered around the adventures of Sergeant Cordell Walker, a member of the Texas Rangers law enforcement agency. The show was originally conceived by the television arm of a low budget film studio called Cannon Films. Cannon Films is most famous for producing 1985's "Invasion U.S.A." and 1986's "The Delta Force", both of which starred a little-known American martial artist named Chuck Norris. After singing Chuck to star as Walker, all the other casting decisions fell into place smoothly. There was just one problem. A month before CBS was scheduled to film the pilot for "Walker, Texas Ranger" (WTR), studio executives got cold feet about the script. This actually happens all the time, especially on a project studios think has the potential to be a big hit.

To remedy their worries, the CBS executives reached out to an up-and-coming TV writer named Paul Haggis to "punch up" their pilot script. Prior to working on WTR, Haggis had enjoyed a moderately successful career in television dating back more than 15 years. He had written and produced for "Who's the Boss", "The Facts of Life" and "Diff'rent Strokes". His biggest hits came at the point where 1987's "thirtysomething", for which he served as both a writer, producer and director, and 1989's "City", which he wrote and created. Paul didn't think much of the Walker, Texas Ranger's prospects as a television show and he spent less than two weeks writing his version of the pilot which was then submitted to CBS. As a reward for his two week freelance job, Paul was given a "Co-Creator" credit on the show.

Today "Walker, Texas Ranger" is mostly famous for being a punchline example of cornball television that we all love to mock. At the end of his run on NBC's Tonight Show, Conan O'Brien played clips from WTR every night to make fun of the show's lame plot lines and cheesy acting. So it might surprise you to know that during its run, "Walker, Texas Ranger", was a massive success. After premiering on CBS on April 21, 1993, WTR was an instant hit with audiences around America. Each episode during that first season averaged just under 12 million viewers. For comparison, the first season of CBS' "The Big Bang Theory" averaged 8 million viewers. The second season was equally successful and by the time the third season rolled around in 1995, WTR was a top 20 show. Between 1993 and the show's finale on May 19, 2001, "Walker, Texas Ranger" aired 202 episodes over 8 seasons. The show also spawned a TV movie, a short-lived spinoff, and, believe it or not, three novels. And thanks to that little co-creator credit earned for two weeks of work, WTR's success put a ton of money in Paul Haggis' bank account.

As co-creator, Paul Haggis was entitled to a bunch of very lucrative income streams. For example, he likely earned a roughly $3000 per episode "character fee" for helping create the show's series regular characters. While $3000 per episode might not sound like a lot, this fee amounted to roughly $75,000 a year for eight years ($600,000 total), without Paul needing to lift a finger. But as you may have guessed by now, $75,000 a year pales in comparison to Paul's real windfall: international syndication rights.

The only real way to get insanely rich in TV is by owning some of a show's "points". A point is simply a percentage of ownership, out of 100 possible points. If you have one point, when the show is sold on DVD or into syndication, you are entitled to 1% of all the money that is generated. An average first time show creator would probably earn 3 or 4 points on his or her show. A creator with a little bit of experience and success on their resume might be given 10 points. A powerful super-producer with an amazing track record, like Chuck Lorre, can easily demand 30 points to create a show for a network. When Lorre's show "The Big Bang Theory" sold its first 100 episodes into syndication, TBS and Fox paid a combined $2 million per episode for the rights. This deal alone generated $200 million in revenue. Chuck reportedly has 30 points on Big Bang and therefore earned $60 million off this deal alone. It has been reported that over the lifetime of Big Bang Theory, each point will generate $15-20 million. That means, Chuck Lorre's 30 points will eventually earn $450 – 600 MILLION off The Big Bang Theory alone.

But it gets better. Rights are sold country by country with similar transactions and syndication deals usually only last five years. After five years, the shows are sold all over again. Since WTR first entered syndication in 1997, the show has had four sales rounds to date. Also, it should be noted that when syndication comes up for renewal after five years, the amount paid per episode goes down. For our purposes we are going to conservatively assume that the second round sells for 75% of the first round, the third round drops to 50% and the fourth drops to 25%. This happens because people don't want to keep paying high premiums for episodes that everyone in the world has already seen 10 times.

For someone like Paul Haggis, an up-and-coming star with a hot resume, it's not unreasonable to assume that he was able to negotiate 10 points to work on Walker's pilot for the desperate studio execs. But just to be conservative, let's say his two weeks of freelance work resulted in 5 points (two points more than someone with no experience at all). "Walker, Texas Ranger" went up for auction in the American syndication market immediately after the fourth season ended in May 1997. The winner of the auction was the USA Network which agreed to pay a hefty $750,000 per episode to acquire the rights. 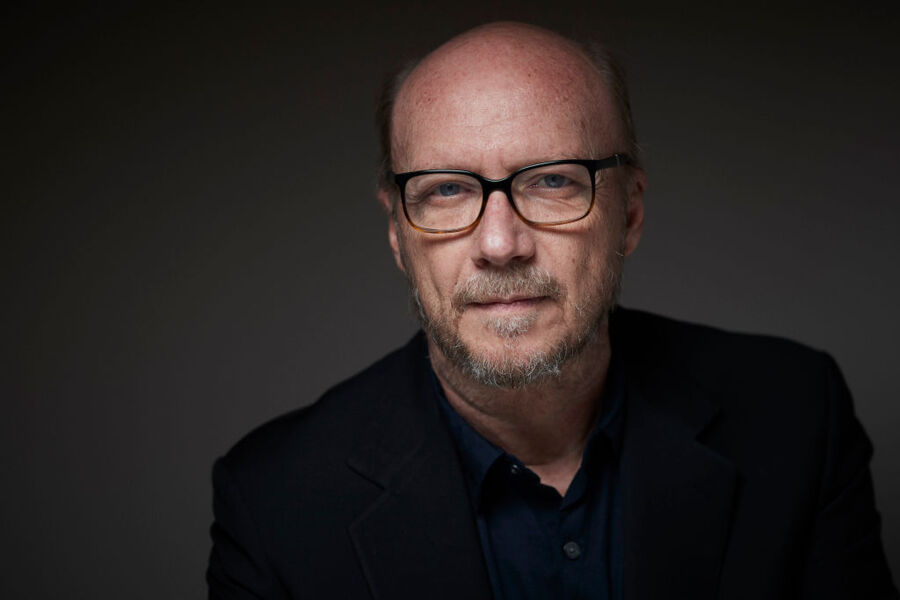 International syndication works a little differently. International rights are sold before the show even airs its first episode as a way for the studio to hedge its bet and reduce costs. Studios basically offload the international rights at a discount in advance to quickly earn back some guaranteed money up front. International networks do not pay as much money for a show because international markets are not as valuable for advertisers. For our purposes, we are going to conservatively assume that international syndication sales generates 50% as much money as the American sales. Sure, some markets like Canada and Europe pay more than that, but lots of countries like Brazil or Estonia pay way less. Using these numbers, here's how much "Walker, Texas Ranger" has likely generated over its syndication lifetime so far:

Using our conservative estimate of five points, that would mean Paul Haggis has earned AT LEAST $28.125 million over the years from "Walker, Texas Ranger" syndication deals. If he had 10 points, which would not be unreasonable, Paul's take over the years would be a little more than $56 million. Even if we're somewhere in the middle, it's safe to assume Paul Haggis has earned somewhere between $30 and $50 million off a show that he worked on for less than two weeks more than 20 years ago. And you want to know the funniest part? CBS never even used his script! They threw his version right in the trash but were contractually obligated to honor his deal. In an interview years later, Paul remarked on his incredible luck:

"It was the most successful thing I ever did. Two weeks of work. They never even used my script!"

Even though the money was fantastic, Paul wasn't always so proud of his cheesy contribution to television history. In fact, the embarrassment of being connected to Walker directly contributed to Paul's motivation for writing and directing the 2004 movie "Crash", for which he won two Academy Awards (Best Original Screenplay and Best Picture). In his own words:

"I agreed to write the Walker, Texas Ranger pilot because I thought it would just go away, but it became this huge hit and I remember waking up at 3 or 4 in the morning in a cold sweat, dripping wet. I mean, I was drenched. I just pictured my tombstone and it said: 'Paul Haggis: Creator of Walker Texas Ranger.' So the impetus for making these movies is really just to wipe that image from my mind.

Even if he had never written and directed Crash, with $30-$50 million in the bank, could life have really been that bad? Either way, this example will probably go down in Hollywood history as the most amount of money ever earned for the least amount of work in the shortest amount of time! So add that to your wall of accolades Paul!