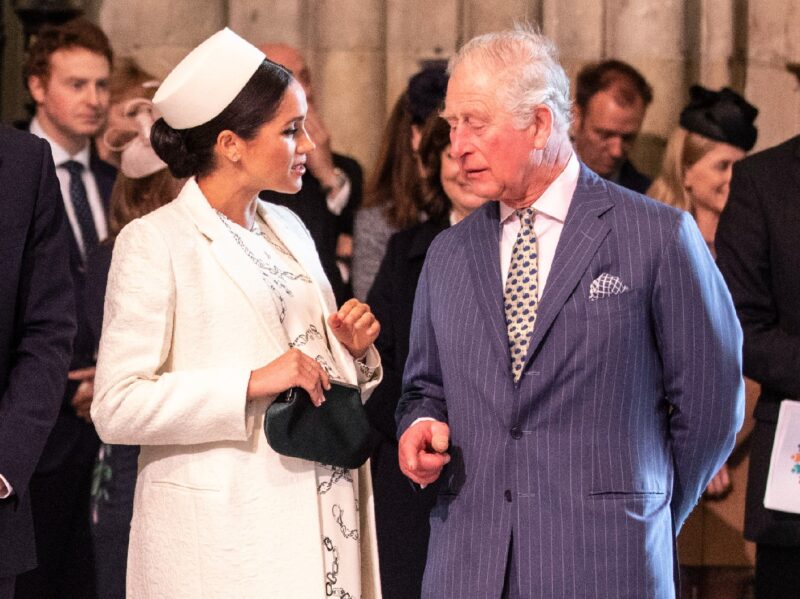 What do you think of the nickname?

It’s no secret that Meghan Markle has not had the easiest transition from commoner to royal. Even though it’s widely believed that she and the rest of the royal family don’t get along, a palace insider recently revealed the sweet nickname Prince Charles gave his daughter-in-law.

“Meghan Markle hasn’t had an easy time of it since joining the royal family,” royal commentator Christine-Marie Liwag Dixon explained. “Not only has the press hounded her relentlessly, but she has also said that she felt less than at home in the royal family.”

She continued, “The royal family may not have approved of Meghan and Harry stepping down as senior royals despite them doing so to escape an environment that was clearly not good for their mental health. However, it seems that Prince Charles had a lot of respect for Meghan’s resilient nature.”

Dixon then pointed out a comment made by royal correspondent Russell Meyers in 2019, where he claimed that Charles calls his daughter-in-law “Tungsten” because of her “tough and unbending” nature.

RELATED: Just What Do Queen Elizabeth’s Family Members Call Her? We Have The Answers

“Tungsten is the strongest naturally occurring metal on the planet,” Dixon explained. “That makes this a pretty neat compliment, all things considered.” While some might be surprised that the Prince of Wales is so complimentary toward Markle, fans of the royal family know that the pair are close.

Charles and Markle are often seen chatting during royal events, and the prince even walked the Duchess of Sussex down the aisle when her own father was unable to attend her 2018 wedding to Prince Harry.

At the time, Mail on Sunday Royal Editor Emily Andrews shared why this was such a big deal: “Charles is literally welcoming Meghan into the Royal Family in such a kind way. It’s [also] such a touching moment between father and son.” Anjula Mutanda, a relationship psychologist, also weighed in, saying that it “was a very important symbolic act in terms of optics. It said Meghan is now part of our royal family.”

Even though relations between the Duke and Duchess of Sussex and the rest of the royals still seem to be tense, it’s clear that Charles is impressed by his daughter-in-law’s resilience and strength, no matter what gets thrown at her.