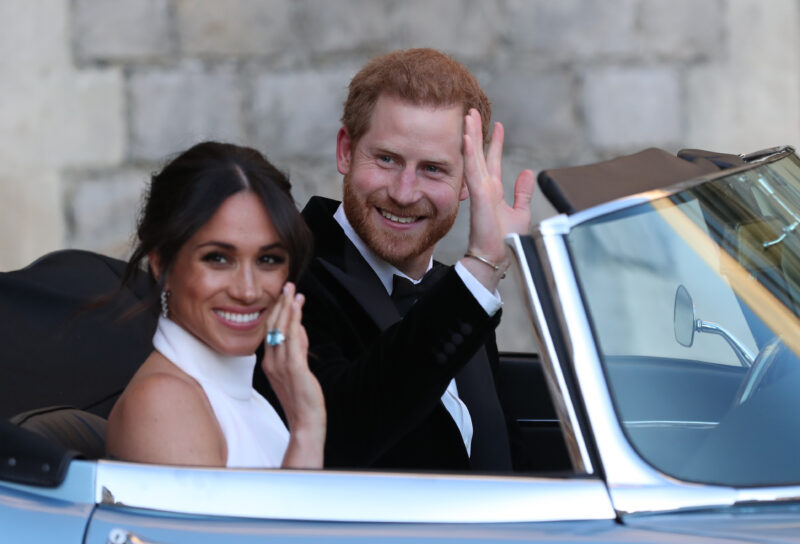 Royal Expert Reveals Prince Harry Was Always Looking For Way Out Of The Family, Meghan Showed Him How

Many have pointed the finger of blame at Meghan Markle for her and Prince Harry’s decision to leave the UK and royal life. However, a royal expert is claiming Harry had always wanted to get away from the royal family.

In Tina Brown’s new book, The Palace Papers, she claims Harry had been thinking about stepping back from royal life for years but wasn’t able to do it until he met Markle. She also says that the queen was aware of Harry’s desire to leave royal life.

In an interview with the Washington Post, Brown said, “You know, I think—I think that it is true, though, that Meghan has been unfairly—you know, I say this in the book. I actually think that it was unfair, in a sense, to call it Megxit, because I really think Harry wanted out himself. And you know, one of the advisors did say to me— and I was kind of shocked by this.”

“A very close person in the circle said to me, you know, we always knew that Harry was going to go at some point,” the author continued. “He was really unhappy. The Queen knew that at some point it was highly likely that Harry would want out. But they didn’t know it would be so fast, and they didn’t see it happening in the way that it did.”

Brown credited Markle for helping the prince see that he could leave the royal family, saying, “And I think it’s also, then, fair to say that Meghan gave Harry the tools to leave, you know, I mean because she was wired in. She understood the world of agents and deals. And I mean, this wasn’t Harry’s world. But suddenly he had in Meghan a very worldly strategist, who he decided to trust above all the other advisors. And I don’t think that was such a good, smart move.”

“I think that, yes, I get that he wanted, you know, this more exciting and imaginative use of his—of his gifts. But I think there was a lot that could have been achieved inside the royal family,” the writer concluded.

Brown Claims Couple ‘Underestimated’ Difficulty Of Going Out On Their Own

While Brown does give Markle credit for helping Harry finally step back from his royal duties and strike out on his own, she also said the couple might have “underestimated” how hard it would be to work without the palace resources.

“Because what the Palace does, of course, it has an amazing convening power, there’s no one who won’t take a phone call from Buckingham Palace or Kensington Palace, they’ve got a huge convening power,” Brown explained. “Every invitation in the world comes through that conduit and private secretaries can just sift and say what about appearing this, or why don’t you do this? All of that is now gone and they have to have PRs do that for them and their judgment is not necessarily the best judgment.”

While things might be harder than Markle and Harry initially expected, it’s clear the couple is very happy leading their own lives in California, away from the eyes of the British press.