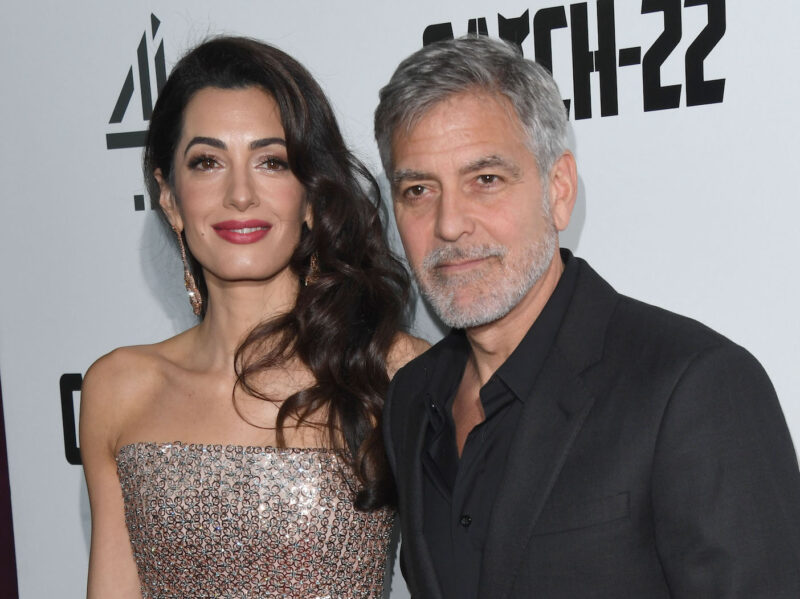 Is George Clooney begging Amal to eat more? One tabloid claims the human rights lawyer was looking dangerously skinny on a recent outing. Let’s check in on the beloved power couple.

Amal Clooney At ‘Her Skinniest Ever’?

This week, Star reports Amal Clooney looked concerningly thin as she stepped out for the Prince’s Trust Awards last month. While the humanitarian stunned in a gorgeous red dress, sources say her trim physique raised alarms for her loved ones, including George. And now, the article reports, George is begging his wife to bulk up. “Between her packed work schedule and parenting duties, Amal has spread herself too thin,” an insider dishes. “When she’s stressed or slammed, she tends to pick at her food or skip meals altogether.”

The outlet notes that Amal has always been an exercise fanatic. When she isn’t in the courtroom or on the red carpet, you can find her playing tennis, lifting weights, or going on long walks. But sources say her diet just isn’t up to par for her active lifestyle. “She’s possibly at her skinniest ever,” the tipster warns. “George worries about her and thinks she needs to gain a few pounds—and fast.”

Amal Clooney ‘Too Busy To Eat’?

We just aren’t buying into this dubious insider’s alleged identity. We seriously doubt anyone truly close to the Clooneys would dish such personal details about their lives to this rag. Not to mention, we just aren’t seeing any cause for concern. While there’s no disputing that Amal cuts a thin figure, she doesn’t look any different than she always has.

Furthermore, we’re sure Amal Clooney would be horrified to see people so fixated on her weight instead of the important work she was doing at the awards show. On that very night, the attorney presented her Women’s Empowerment Award to Pakistani menstrual rights advocate Tanzila Kahn. So, we’d truly like to know why Amal’s weight has overshadowed the meaning of the important event.

This isn’t the first time we’ve seen a story like this from Star. While Amal Clooney isn’t usually the target, this report is strikingly similar to the outlet’s coverage of Angelina Jolie. The rag once claimed Jolie weighed less than her teenage daughter. Then the magazine reported Jolie weighed a shocking 73 pounds. And more recently, the publication alleged Jolie’s children were begging her to gain weight. Obviously, Star’s history of invasive body-shaming makes it impossible to trust on these matters.