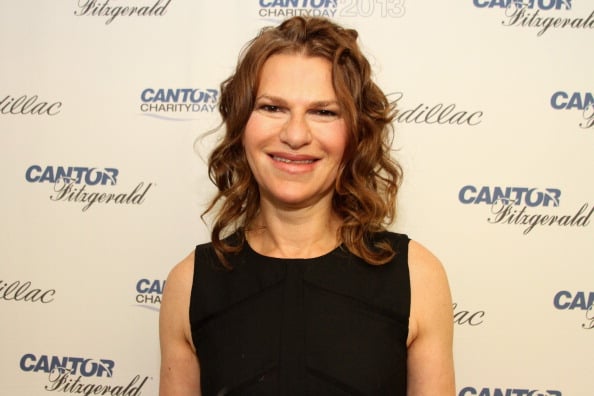 What Is Sandra Bernhard's Net Worth?

Sandra Bernhard is an American actress, comedian, writer, and producer who has a net worth of $5 million. Bernhard came into the spotlight in the 1970s for her stand up comedy routines. At the time, she was one of the only women performing such harsh – yet pointed – jokes about American celebrity culture as well as political figures. Sandra is known for playing Nancy Bartlett on ABC's "Roseanne" (1991–1997; 2018) and Judy Kubrak on FX's "Pose" (2018–2021), and she has released numerous albums, such as "Without You I'm Nothing" (1989), "I'm Still Here… Damn It!" (1998), and "Everything Bad Beautiful" (2006).

Sandra Bernhard was born Sandra Gail Bernhard on June 6, 1955, in Flint, Michigan. She grew up in a Conservative Jewish household with father Jerome (a proctologist), mother Jeanette, and older brothers David, Dan, and Mark. When Sandra was 10 years old, the family moved to Arizona, and she graduated from Scottdale's Saguaro High School in 1973.

After graduating from high school, Bernhard moved to Los Angeles at the age of 19 and worked as a manicurist in order to pay the bills. She became popular at The Comedy Store, and fellow comedian Richard Pryor cast her on "The Richard Pryor Show," which aired four episodes on NBC in 1977. In 1980, Sandra lent her voice to the English dub of "Shogun Assassin," and the following year, she appeared in "Cheech Chong's Nice Dreams." In the early '80s, she began making guest appearances on late night talk shows such as "The Tonight Show Starring Johnny Carson" and "Late Night with David Letterman," and she would go on to appear on "Late Night with David Letterman" 28 times. Bernhard played stalker Masha in the 1982 Martin Scorsese-directed film "The King of Comedy," which earned her a National Society of Film Critics Award. Next, she appeared in the films "The House of God" (1984), "Sesame Street Presents: Follow That Bird" (1985), and "Track 29" (1988), guest-starred on "Alfred Hitchcock Presents" (1985), and debuted "I'm Your Woman" (1985), her first one-woman show. Her one-woman show "Without You, I'm Nothing, With You, I'm Not Much Better" played at the Orpheum Theatre in New York City in 1988, and Sandra turned it into the film "Without You I'm Nothing" in 1990. During the '80s, she became good friends with Madonna; the two appeared together on "Late Night with David Letterman" in 1988, and Bernhard made an appearance in Madonna's 1991 documentary "Truth or Dare."

Sandra is bisexual, and she is in a long-term relationship with Sara Switzer, who she met in 2000 when Switzer was an editor at "Harper's Bazaar." Bernhard gave birth to daughter Cicely Yasin Bernhard on July 4, 1998. In a 2021 interview with "The Guardian," Sandra spoke about her political views, stating, "I want things to keep moving to the left. I want equality. I've been thinking and fighting about the same things since I was a teenager, because nothing has been really, truly resolved. My No 1 obsession is abortion rights – I can't believe we're back fighting this again. It's infuriating. I will always be a proponent of women having exactly what they need to control their destinies." Throughout her career, Bernhard has been involved with many public controversies, including one that stemmed from offensive comments she made about Sarah Palin in her one-woman show.

In 1984, Bernhard won a National Society of Film Critics Award for Best Supporting Actress for "The King of Comedy." The GLAAD Media Awards honored her with the Davidson/Valentini Award in 2002, and in 2006, she received an Artistic Achievement Award at the Philadelphia International Gay Lesbian Film Festival. Sandra has earned Online Film Television Association Award nominations for Best Guest Actress in a Syndicated Series for "Highlander" (1997) and Best Guest Actress in a Drama Series for "Pose" (2019), and the "Pose" cast received a Best Ensemble in a Drama Series nomination at the 2021 Pena de Prata.