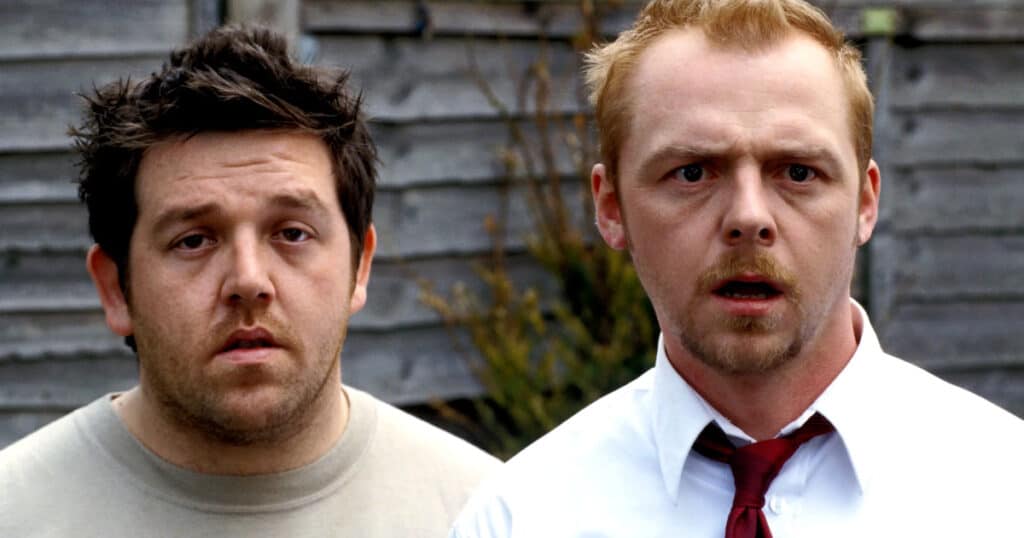 Shaun of the Dead 2: Simon Pegg says the idea of a sequel baffles him

We’re quickly approaching the twentieth anniversary of Shaun of the Dead, yet fans are still holding out hope for a sequel. The zombie comedy starred Simon Pegg and Nick Frost as two friends caught in the midst of a zombie apocalypse in London. Shaun of the Dead was hilarious, heartfelt, and gruesome when it had to be. Its status as a cult favourite has only risen since its release, so it’s no surprise that fans would want to see Shaun of the Dead 2.

Long-belated sequels certainly do happen, but that likely won’t be the case with Shaun of the Dead. While speaking with Soho House, Simon Pegg said that it “baffles me how there possibly could be a Shaun Of The Dead 2, because most of the main characters are dead. One of them is a zombie, in a shed… which would be boring.” Pegg isn’t the only Shaun of the Dead alumni to shoot down the idea of a sequel, as director Edgar Wright said last year that he doesn’t feel like returning to that genre.

I haven’t gone back to horror-comedy, because with Shaun Of The Dead I felt like I had said much of what I wanted to say with that movie. It’s difficult to return to that, even as a producer. Sometimes I get sent films – people want to make the next Shaun and want me to come aboard as a producer. But I find it difficult to cover the same territory again.

Wright continued, “The thing is that films take so long to make. I think that’s the thing that fans don’t quite understand sometimes. They’ll say, ‘Why don’t you knock out a Shaun sequel?’ It’s like, these films take three years to make, you’ve got to really, really love it to do it. So because films take longer to make, trying to challenge yourself with a different subject matter or something you haven’t done before, it’s always the real motivator.” Although Shaun of the Dead 2 will likely never happen, Simon Pegg did once jokingly pitch a sequel involving vampires. “I jokingly wrote a treatment for From Dusk Till Shaun, which was a sequel to Shaun of the Dead,” Pegg said. “It was all about Shaun and Ed having to go up to Edinburgh, or something. I don’t know. It was ridiculous. And it was a joke. It wasn’t like a serious pitch. Edgar thought it would be funny to do the film again, but with vampires. But it was all just pub talk.“

Are you still hoping for Shaun of the Dead 2?