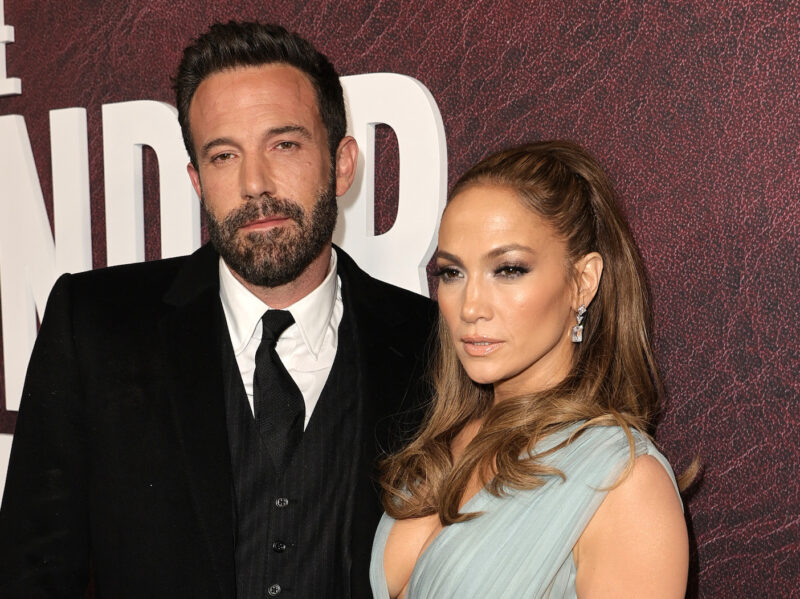 Are Ben Affleck and Jennifer Lopez at odds over their new home? One tabloid claims Affleck and Lopez can’t agree on where they want to live. Let’s check in on the couple’s house-hunting efforts.

This week’s edition of the National Enquirer reports Jennifer Lopez and Ben Affleck’s different lifestyles are starting to clash as they look for a new home. While money is no object to the A-listers, sources say Lopez wants to go bigger than big while Affleck is begging to keep things modest. “Money is no issue, obviously. The problem is Jen wants a palace and Ben wants a house!” an insider divulges. “Ben is a Dunkin’ Donuts type of guy. He doesn’t need six kitchens.”

This report is extremely thin, but, even so, signs point to it being completely false. We’ll concede a couple of points: Jennifer Lopez and Ben Affleck are house hunting, and they’re definitely taking their time since backing out of a deal to buy a $55 million Bel-Air mansion back in April. So, wouldn’t be that big of a leap to say they were struggling to find a place that checked every box.

But more recent developments say the couple may have found their dream home after all. Last week, Lopez’s car was spotted at a massive Beverly Hills estate. While the home was never even publicly listed on the market, Lopez’s visit was followed by moving trucks. Then, onlookers spotted moving trucks at both Lopez and Affleck’s homes. The purchase is far from being confirmed, but it’s definitely a solid lead when investigating the couple’s house hunt.

So, what does this new house look like? Is it a castle, or more like a house suited for a “Dunkin’ Donuts type of guy”? Well, we’d have to say it better resembles Buckingham Palace than any bachelor pad. The new estate is even larger than the home Lopez and Affleck almost bought and is estimated at a price north of $60 million. Sure, it may turn out that this was a huge misunderstanding and the Gigli stars still aren’t settling. But, given these close-calls with mega-mansions, we’re assuming Affleck doesn’t have any problem with living large.

The Tabloid On Jennifer Lopez And Ben Affleck

While this report would never make it into any kind of reputable magazine, we wouldn’t expect anything less of the National Enquirer. Back in December, the outlet claimed Lopez was forcing Affleck to pay for everything to exact revenge on him for their first breakup. Then the rag claimed Lopez was moving her mother into her home with Affleck. And more recently, the publication alleged Lopez was contacting Jennifer Garner to set up a “face-to-face” about their different parenting styles. Obviously, the Enquirer isn’t a trusted source anywhere Lopez and Affleck are concerned.