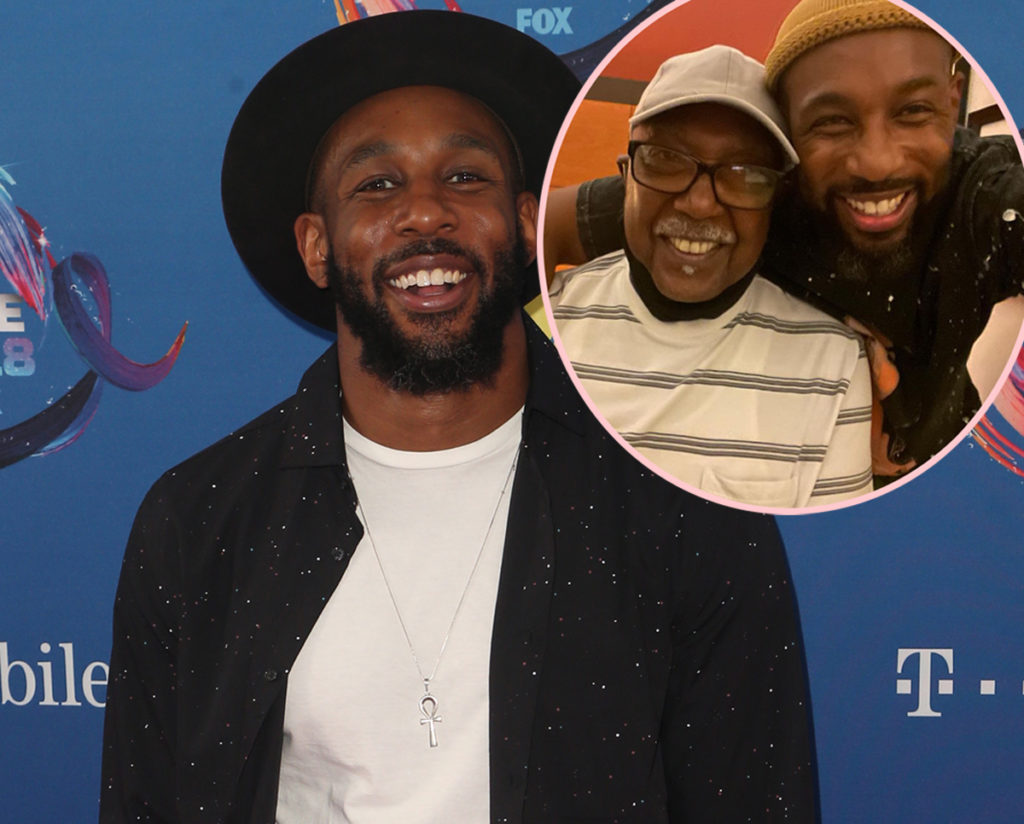 This is heartbreaking. Stephen ‘tWitch’ Boss’ grandfather revealed the last words the beloved hip-hop dancer ever said to him just days before he died by suicide.

As we’ve reported, the So You Think You Can Dance star was found dead with a self-inflicted gunshot wound in the bathroom of a hotel on Tuesday after he suddenly left home without his car and failed to answer any of his wife Allison Holker’s phone calls. The 34-year-old dancer confirmed his passing in a statement to People, saying:

“It is with the heaviest of hearts that I have to share my husband Stephen has left us. Stephen lit up every room he stepped into. He valued family, friends and community above all else and leading with love and light was everything to him. He was the backbone of our family, the best husband and father, and an inspiration to his fans.”

Related: Derek Hough Gets Emotional Revealing He Just Lost Someone Else To Suicide Before tWitch

“To say he left a legacy would be an understatement, and his positive impact will continue to be felt. I am certain there won’t be a day that goes by that we won’t honor his memory. We ask for privacy during this difficult time for myself and especially for our three children. Stephen, we love you, we miss you, and I will always save the last dance for you.”

Family, friends, and fans have been mourning the loss of Stephen on social media since the news broke — and now, Stephen’s grandad spoke out about the last moment they shared together. In an interview with Dailymail.com this week, Eddy Boss shared that the final text message he received from The Ellen DeGeneres Show DJ expressed nothing but love to him:

“Every word has meaning. His last words to me were a simple text that says, ‘I love you Dad-Dad.’ Our question is why? Where did it come from?”

The 84-year-old granddad shared he’d spoken with Stephen multiple times on the Saturday before his passing and had not suspected he was struggling with his mental health, saying:

“We spoke as recently as Saturday on more than one occasion. He was the same happy-go-lucky person that he’s always been. We had no indication that anything was out of the ordinary.”

You truly never know what someone is going through. Eddy also took a moment to reflect on his grandson’s life, saying he was a “humble” and “generous” person who “brought light” into everyone’s lives. He added:

“We’re completely devastated right now. All I can say is he was a beautiful person that contributed so much to this world and to everyone he met in a positive way. We miss him dearly, and we’re hurting tremendously.”

We’re sending so much love and light to Eddy and the Boss family during this difficult time.

If you or someone you know is contemplating suicide, help is available. Consider contacting the 988 Suicide Crisis Lifeline at 988, by calling, texting, or chatting, or go to 988lifeline.org .