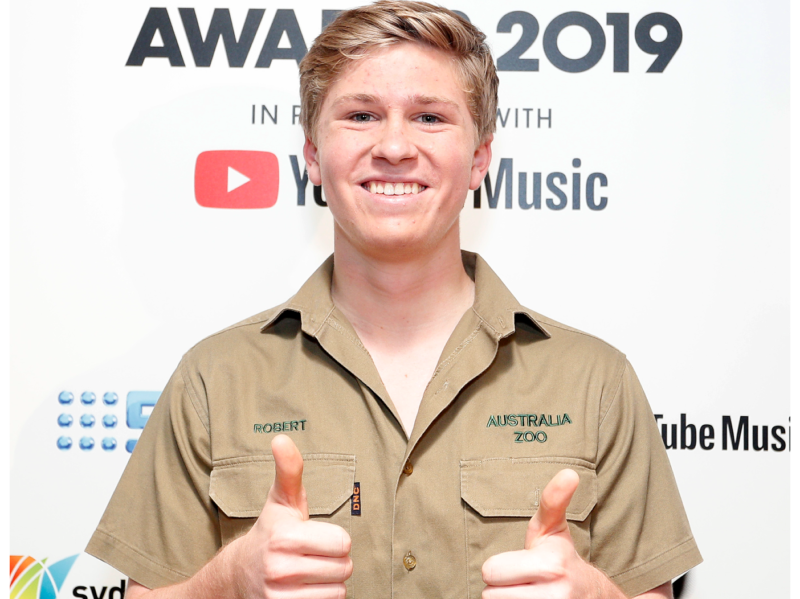 The apple doesn’t fall far from the tree.

It looks like the apple didn’t fall too far from the tree when it comes to Steve and Robert Irwin. The 18-year-old recently posted some videos to his TikTok account that show him rescuing a huge snake from the middle of the road without any fear.

Irwin ‘Wrangles’ Snake He Found In The Road

The first video shows Irwin encountering the snake while he’s driving. “Look at you, mate!” he says after getting out of the car to take a closer look. “How are you?” He then sets his phone on the ground and addresses his followers: “Let’s wrangle him.”

Irwin picks the snake up without hesitation, letting it wiggle around his arm. “He’s in a very, very bad position,” Irwin tells the camera. “He’s on a road—he’s at Australia Zoo, this is in the zoo—and he’s got crocs on that side and he’s got an aviary full of birds. He’s either going to get eaten or he’s going to eat one of our animals.”

“What I’m going to do is pop him in a little bag, and then I’ll drive him all the way out into some nice, natural bushland, where he’s come from to give him a better chance of life,” he continued. “And also, make sure he doesn’t eat any of the zoo residents.”

Irwin continued to show off the snake, pointing out how it was “constricting” around his arm and showing viewers the pattern of scales on its belly. In a follow-up video, Irwin drives out to the bushland the next day.

Releasing The Snake With Mom Terri

He tells his followers how he’s going to release the snake, then comes up to the camera and says, “But before we do that, I’m going to make sure my mom is actually filming.” The next shot is of his mom, Terri, who Irwin calls his “camera operator for the day.”

Irwin pulls the snake out of the bag, saying, “You’re home!” He then turns back to the camera and says, “I think he’s slightly bummed out that he can’t eat any of our birds, but other than that, I reckon he’s pretty happy.”

He releases the snake and it quickly slithers off into the water and swims away. “Awesome,” Irwin says, fist-bumping his mom. With parents like Steve and Terri, it’s no surprise that Irwin has no fear when it comes to handling dangerous animals.