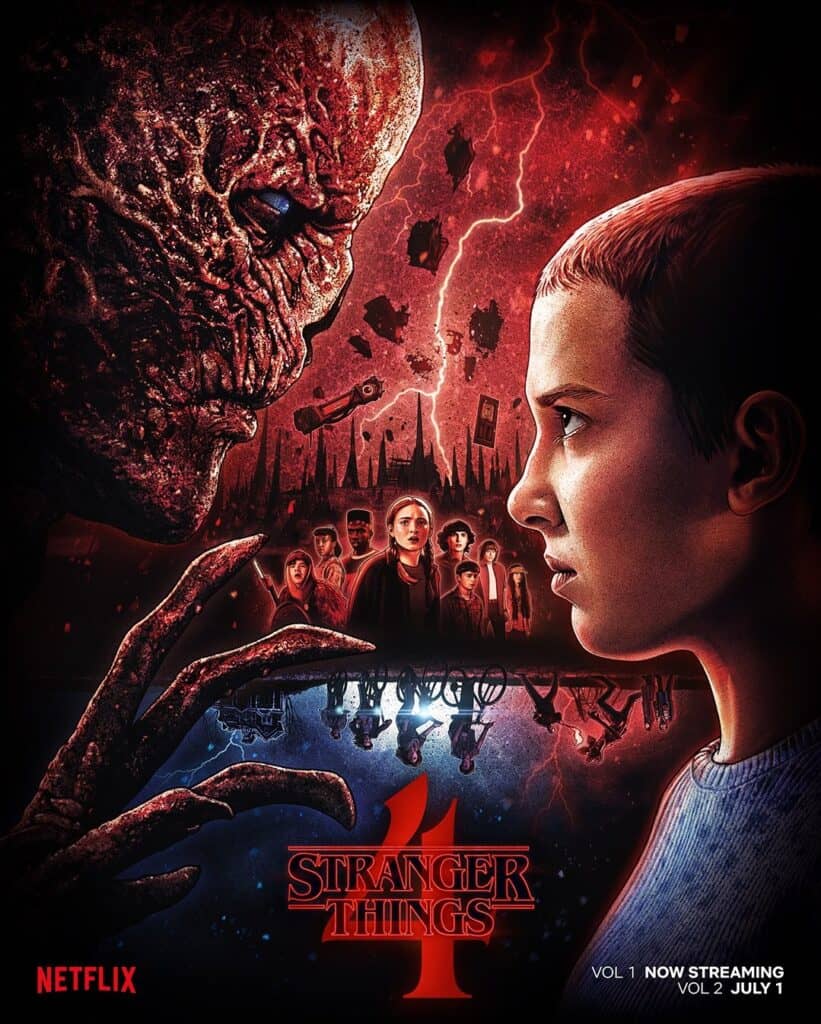 Stranger Things Season 4, Volume 2 , a.k.a. the last two episodes of season 4, will be reaching the Netflix streaming service this Friday, July 1st – and in anticipation of the premiere, Netflix has unveiled a poster for these two episodes. A poster that teases the moment we’ve been waiting for all season: a showdown between Eleven and the villainous Vecna!

It’s been six months since the Battle of Starcourt, which brought terror and destruction to Hawkins. Struggling with the aftermath, our group of friends are separated for the first time – and navigating the complexities of high school hasn’t made things any easier. In this most vulnerable time, a new and horrifying supernatural threat surfaces, presenting a gruesome mystery that, if solved, might finally put an end to the horrors of the Upside Down.

Here’s the list of this season’s cast members and the characters they play:

Are you looking forward to Stranger Things season 4, volume 2? Let us know by leaving a comment below… and while you’re scrolling down, take a look at this poster: