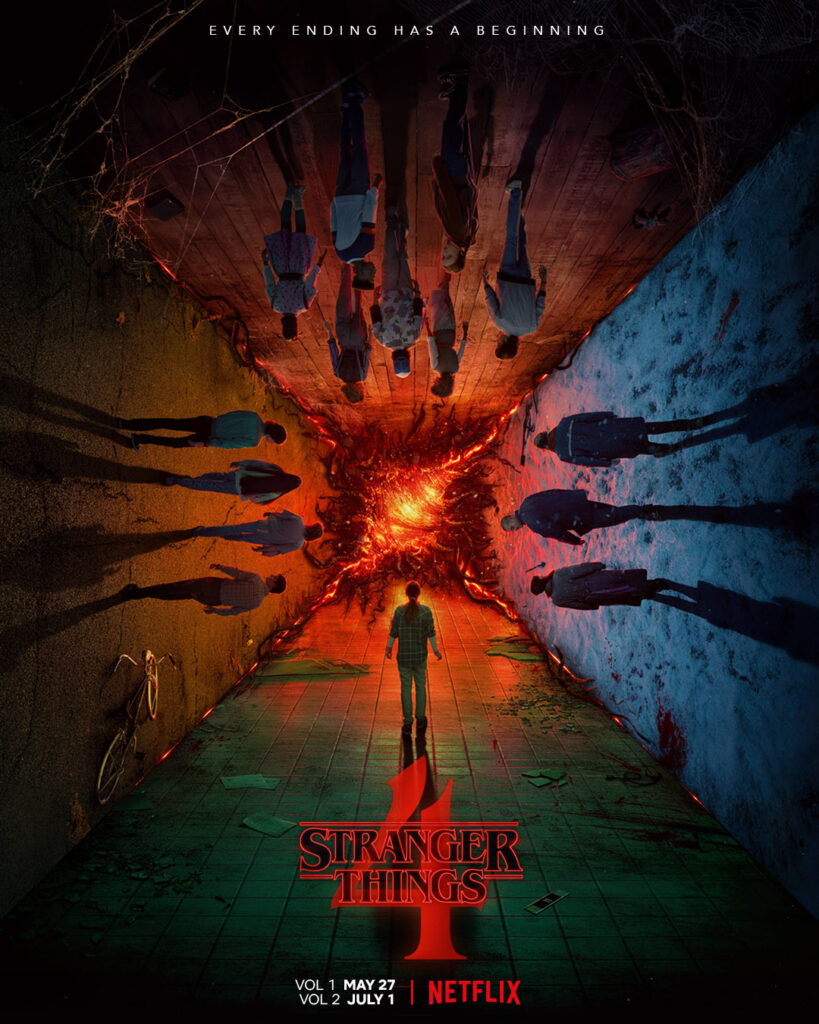 We’re just ten days away from July 1st, the day when the Netflix streaming service will be releasing Stranger Things Season 4, Volume 2 – a.k.a. the last two episodes of season 4. As if the hype for this event wasn’t already through the roof, Netflix has decided to build it up even further by releasing a trailer that gives a glimpse of how epic and harrowing these last two episodes are going to be. And, of course, the song chosen to play over the imagery is Kate Bush’s “Running Up That Hill“.

It’s been six months since the Battle of Starcourt, which brought terror and destruction to Hawkins. Struggling with the aftermath, our group of friends are separated for the first time – and navigating the complexities of high school hasn’t made things any easier. In this most vulnerable time, a new and horrifying supernatural threat surfaces, presenting a gruesome mystery that, if solved, might finally put an end to the horrors of the Upside Down.

Here’s the list of this season’s cast members and the characters they play:

What did you think of the trailer? Are you looking forward to Stranger Things season 4, volume 2? Let us know by leaving a comment below.