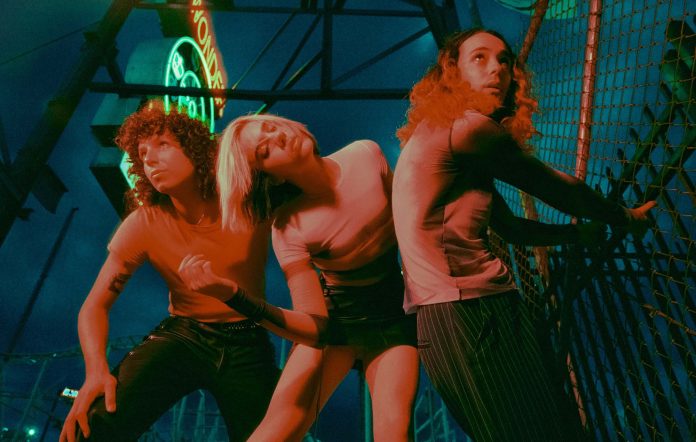 On June 24, the Supreme Court decided to overturn the landmark decision, meaning abortion will no longer be protected as a federal right in the US for the first time since 1973. Each state will now be able to decide individually whether to restrict or ban abortion.

Along with her statement, the band has also released the first episode of a four-part mini-documentary about the making of their most recent album ‘Headful Of Sugar’. The video is soundtracked by the song ‘Otherside’ which details Cumming’s abortion experience. Watch the video below.

“In the fall of 2020, I had an abortion,” Julia said. “I was stunned by the range of emotions I experienced when it was over. Women’s bodies are constantly politicized, and it didn’t feel like there were any conversations surrounding abortion [that] touched on the nuance of loss while knowing that you had to make a decision that gives you a chance at your own life.”

She continued: “I felt completely isolated, and like I was part of a secret club in which no members were allowed to speak to each other. I ended up in a weekly post-abortion support group for women, and wrote ‘Otherside’ – the song that plays in this mini documentary out today – about that experience. The first time this song was ever played for anyone outside of the band was over zoom to the other women in the group.”

“The overturning of Roe v. Wade is an attack on women and our bodily autonomy,” she added. “How long will women have to fight to be considered people? When will we have the same access to healthcare and equality, the way men in our country do?

“This of course does not only impact those that identify as women or have a uterus – this is extremely detrimental for everyone in our country, including the queer and trans communities.

“I have been fighting for my right to live and make art on my own terms for as long as I can remember. That will never change, and now I know we have to fight harder than ever. Olive [Faber], Nick [Kivlen] and myself would like to encourage you to support Mayday Health, a registered health education nonprofit that can help women access abortion pills in all 50 states by mail, if you have the means to do so. Keep fighting.”

Many other figures from the world of entertainment have spoken out against the Supreme Court’s reversal, including Taylor Swift, Pearl Jam, Charli XCX, Maggie Rogers, Green Day, Finneas, Yungblud, Alicia Keys and more.

Some used their performance at Glastonbury this past weekend to speak out, including Lorde who told the crowd: “You wanna know a secret, girls? Your bodies were destined to be controlled and objectified since before you were born. That horror is your birthright.”

On Saturday (June 25), Olivia Rodrigo brought out Lily Allen to sing the British star’s ‘Fuck You’ together. Before they began the song, Rodrigo told the Other Stage crowd: “I’m devastated I’m terrified and so many women and so many girls are going to die because of this. I wanted to dedicate this song to the five members of the supreme court, who showed us that at the end of the day they truly don’t give a shit about freedom.”

Rodrigo also dedicated the song to the five justices involved in the overturning, individually naming each one.