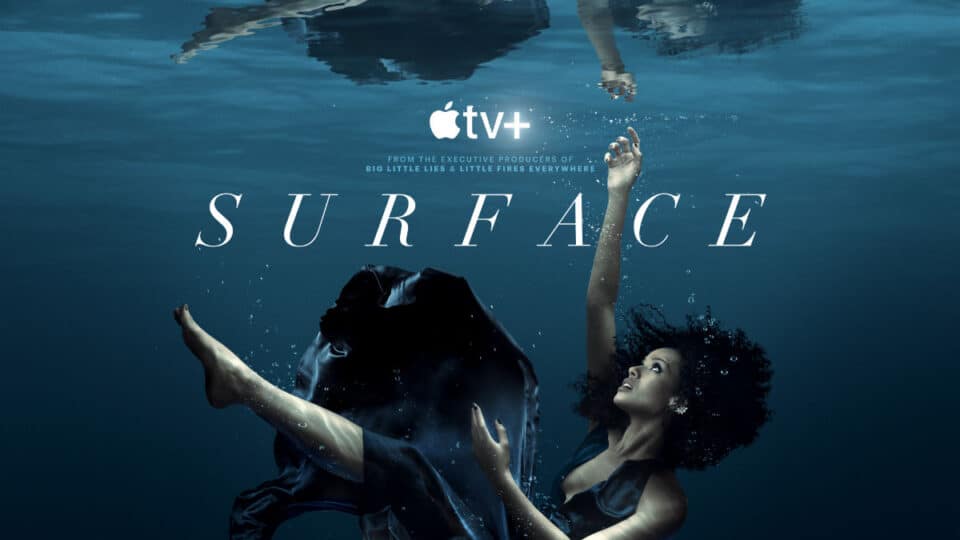 In December of 2020, we shared the news that Gugu Mbatha-Raw would be starring in the eight-part psychological thriller  Surface for Apple TV+. Now a trailer for Surface has arrived online, along with the information that the first three episodes of the show will premiere on July 29th. The remaining five episodes will be released weekly, showing up on Apple TV+ every Friday. Take a look at the trailer embedded above to see if Surface looks like a show you would want to watch.

Created and written by Veronica West, who also co-executive produced the Dexter revival, Surface is set in “high-end San Francisco” and finds Mbatha-Raw taking on the role of

Sophie, a woman who has suffered a traumatic head injury that has left her with extreme memory loss, believed to be a result of a suicide attempt. As Sophie embarks on a quest to put the pieces of her life back together with the help of her husband and friends, she begins to question whether or not the truth she is told is in fact the truth she has lived. Through twists and turns and an unexpected love triangle, this sexy, elevated thriller asks: What if you woke up one day and didn’t know your own secrets? ‘Surface’ is a story of self- discovery which contemplates if we are pre-programmed to become who we are, or if we choose our own identity.

Mbatha-Raw’s recent credits include the Apple TV+ series The Morning Show, the Disney+ / Marvel series Loki , and the HBO Max mini-series The Girl Before. She’s joined in the cast of Surface by Oliver Jackson-Cohen (The Invisible Man), Stephan James (If Beale Street Could Talk), Ari Graynor (Mrs. America), Marianne Jean-Baptiste (Without a Trace), François Arnaud (I Killed My Mother), and Millie Brady (Pride and Prejudice and Zombies).

I’ll probably be watching Surface at some point. Will you? Let us know what you thought of the trailer by leaving a comment below.